The rank of Distinguished Professor is the highest faculty title that UNM bestows. It is awarded to those individuals who have demonstrated outstanding achievements, and are nationally and internationally renowned as scholars. 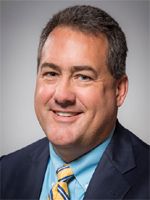 Mark Burge, Regents Professor of Medicine, Internal Medicine, Endocrinology & Metabolism
Dr. Mark Burge has dedicated his career to improving the health of the people of New Mexico and persons with diabetes, through his research on improving the clinical management of diabetes mellitus, types 1 and 2. His expertise in the field is recognized nationally, and has been published in all of the major peer reviewed general and subspecialty journals in his field. In addition, he has served on several prestigious editorial boards such as Journal of Investigative Medicine and Editorial Board, Diabetes Care.

Dr. Burge continues to demonstrate his commitment to community service by serving on the medical staff of New Mexico’s “Camp 180,” a residential summer camp for children with type 1 diabetes. His passion for research and development of trainees and junior faculty continues to support and enhance the research infrastructure here at the University of New Mexico through clinical excellence and a track record of continuous research funding. 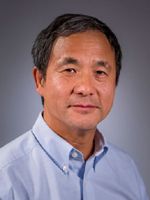 Ke Jian “Jim” Liu, associate dean for Research, College of Pharmacy, and professor, Department of Pharmaceutical Sciences and Department of Neurology
Dr. Ke Jian Liu is an internationally recognized expert for his research in the molecular mechanisms of brain injury and neuroprotection in stroke. He has published over 190 peer-reviewed papers and has been funded by the National Institutes of Health since 1997, with funding exceeding $20M as principal investigator.

In addition, Dr. Liu’s demonstrative commitment to excellence in research and scholarship, teaching, mentoring and service to the scientific community have played a key role in establishing a successful research career in the field of  metal toxicity and carcinogenesis as well as in the field of stroke research. 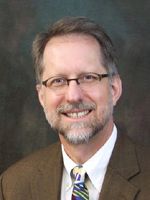 Kurt Nolte, professor, Pathology & Radiology, and chief medical investigator
Dr. Kurt Nolte is a scientific investigator with considerable experience in generating scholarly activity.  His contributions include one of the largest research portfolios amongst forensic pathologists in the United States. In 1993 the Office of the Medical Investigator (OMI) asked Dr. Nolte to lead the OMI response to a mysterious infectious disease outbreak that later became known as the Hantavirus Pulmonary Syndrome. He later co-authored a report in the New England Journal of Medicine about the newly recognized disease.

Dr. Nolte’s scholarly work is extensive in publications and he is considered a national and international expert in the use of radiological methodology in medical investigations and investigations of deaths related to substance abuse and infectious disease. Recently he has been a member of the National Commission on Forensic Science Medicolegal Death Investigation subcommittee, as well as the Scientific Inquiry and Research subcommittee. 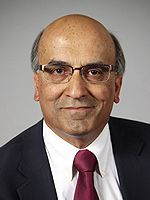 Anil Prinja, professor and inaugural chair, Department of Nuclear Engineering
Professor Anil Prinja is an internationally recognized researcher and leader in the area of nuclear reactor physics, specifically focused on the development of theoretical and computational method to determine the transport of high-energy charged particles. 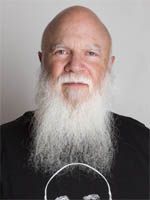 Stone’s extensive creative research is evidenced by the number of national and international exhibitions over the last four decades. His work was highlighted in China at the 14th International Photographic Art Exhibition in 2011. His work is also included in many museums including the Fogg Art Museum at Harvard and the Los Angeles County Museum. In 2009 he was awarded the prestigious James D. Phelan Art Award by the San Francisco Foundation. In 2016 he was awarded the Honored Educator by the Society of Photographic Education, where he also served on the National Board of Directors from 2007-2011. 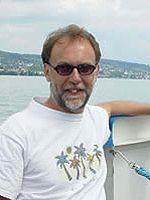 Adrian Brearley, professor and Regent’s Lecturer, Earth and Planetary Sciences, and director, Transmitting Electron Microscope Facility
Professor Adrian Brearley is a world-renowned expert in the field of meteoritics with numerous national and international recognitions for his research. Brearley has pioneered the use of sophisticated ion beam techniques applied to primitive meteorites and has redefined our understanding of the formation of our solar system.