If you were sexually assaulted, would you know who to tell or where to go for help? The University of New Mexico has a goal of raising awareness regarding sexual assault on campus and educating students about how to prevent and report cases of sexual assault.

A recent survey, done by the National Campus Climate Survey (NCCS), found a majority of students believe UNM is doing a good job of educating, preventing and responding to sexual misconduct and assault. The survey also found nearly 65 percent of students are aware of school policy regarding sexual misconduct, and about half of them said they know where to go to get help on campus.

“While we are pleased that many students recognize our efforts to reduce sexual assault, we will continue working to get the message out to the whole campus community,” President Bob Frank said. “These results will help us focus on those who may not know how to report or how to get help. Protecting the Pack means reaching 100 percent of our students!”

The first couple of months of school are the most critical time for reaching out to students and educating them about this important issue. The Red Zone is the time period between students first setting foot on campus through Thanksgiving, when a sexual assault is most likely to occur.

According to multiple studies, female students are at an increased risk for sexual assault during the first few weeks of their first semester on campus. At this early stage, freshmen are unfamiliar with college social life. They are trying to fit in, and they may participate in certain activities for the first time.

Also, less parental supervision and increased independence may lead to new behavior, such as experimenting with alcohol and other drugs, making the doubly vulnerable to sexual predators. 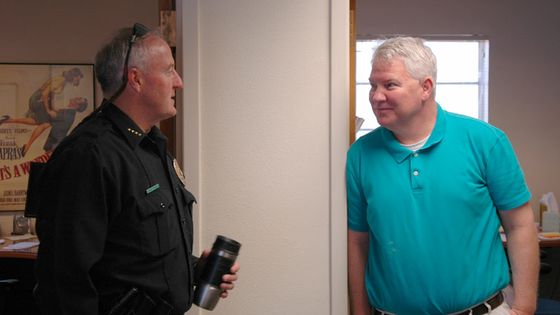 "The decision to increase our campus safety awareness to a weeklong event came because not only is student safety our priority, but we wanted to encourage dialogue and engagement by the entire UNM community in this effort. Safety on campus is more than just knowing where the poorly lit spots are, we want out community to be invested in this initiative,“ Lisa Lindquist, director of the Lobo RESPECT Advocacy Center.

There is a common myth that a student is more likely to be raped by a stranger rather than someone they know.

“One thing our program will address is the reality of sexual assault is not most often committed by strangers who jump out of bushes or wait in the dark alleys for their victims,” said Caitlin Henke, program specialist of the university’s Women’s Resource Center. “Over 80 percent of sexual assaults are committed by someone known to the victim.”

Each provides differences in levels of confidentiality. Additionally, UNM has created LoboRESPECT, which is the name of UNM’s comprehensive approach to preventing and responding to sexual violence within the campus community.