The University of New Mexico honors three integral and well-recognized members of the campus community with Honorary Degrees during its 2016 Undergraduate Commencement ceremonies on Saturday, May 14 at 9 a.m. at Wise Pies Arena aka. The Pit. Honorees include: Anita Bradley Pfeiffer, V.B. Price and Polly Schaafsma. 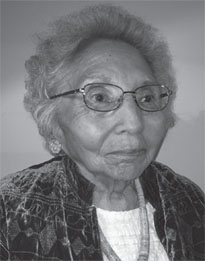 Pfeiffer is the recipient of a Doctor of Humane Letters. She is a member of the Navajo Nation as well as Associate Professor Emeritus in the Department of Language, Literacy and Sociocultural Studies (LLSS) in the College of Education (COE) at UNM.

LLSS has benefitted from Pfeiffer’s gifts of teaching, scholarship and service during her 33 years as a faculty member. During these years, she tirelessly worked to prepare bilingual and biliterate Native American teachers. Together with UNM colleagues, Pfeiffer received a federal grant to charter flights so she and other UNM teacher educators could deliver weekly teacher education courses for Navajo and Apache teacher candidates at Ramah, Shiprock, Crownpoint, and Dulce, N.M., and in Teec Nos Pos, Ariz.

Pfeiffer also provided leadership to the Rough Rock Demonstration School, which was founded in 1966 as the first contemporary school to have an all-Navajo governing board and to teach in a Native American language. She eventually went on to be Rough Rock’s principal, and later its deputy director.

There were no ‘blueprints’ for the work she undertook at Rough Rock—no models for American Indian bilingual-bicultural schooling—and the stakes were high: the federal government, the Navajo Nation, other American Indian tribes, politicians, and educators around the world were watching this unique experiment in Indigenous education. National and world leaders came to Rough Rock to observe Anita and her colleagues. Edward Kennedy gave the first eighth-grade graduation address in 1968, and that same year Robert Kennedy, then head of the Senate Special Subcommittee on Indian Education, wrote in the Subcommittee’s report that the efforts of Pfeiffer and her colleagues had “proven their point” and should serve as a model for a comprehensive “new national Indian policy.” That policy would be realized in the Indian Education Act of 1972 and the 1975 Indian Self-Determination and Educational Assistance Act. 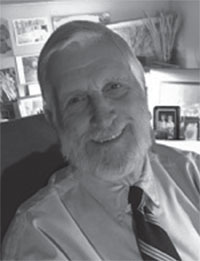 Also receiving an honorary degree is Price, who will receive a Doctor of Letters. Price is a poet, award-winning reporter and author, among other job titles. He is a university teacher in New Mexico where he has resided since 1958.

Born in l940, V.B. Price is a poet, award-winning reporter and author, a human rights and environmental columnist, editor, publisher, novelist and a long-time university teacher in New Mexico where he’s lived since l958. Price’s vision of New Mexico is of an enlightened and empowering place of irreplaceable natural beauty, diversity and cultural magnificence.

Price has been a weekly columnist writing about politics, culture, and the environment for 45 years in the New Mexico Independent (print), Century Magazine, The Albuquerque Tribune, New Mexico Independent (on-line) and New Mexico Mercury. His historical novel “The Oddity” was set in l940s New Mexico and in the Rodney King riots in Los Angeles and focuses on the perils of eccentricity in dangerous times.

As a poet, Price’s selected poems over 40 years, titled “Broken and Reset,” include poem suites that make up the book “Chaco Trilogy,” a collaboration with photographer Kirk Gittings. The selected works also include Price’s version of the ancient Homeric Hymns called “Myth Waking,” and his take on the “Seven Deadly Sins.” Price began publishing poetry in l962 and continues to work every day as a poet.

As an author, Price’s environmental history of New Mexico since the Manhattan Project titled “The Orphaned Land” chronicles the state’s tragic history of pollution over the last 70 years. His “Albuquerque: A City At the End of the World” looks at the Duke City as a representative mid-sized American city struggling, often successfully, to distinguish itself as an authentic southwestern metropolis competing with homogenous megacities for water and business. His books, co-edited with Baker Morrow, on “Anasazi Architecture and American Design” and on pre-Puebloan horticulture called “Canyon Gardens” see our natural and built environments as unique examples of aesthetic mastery and survivability.

Price has been a teacher in the UNM Honors Program and College since l986 and has taught periodically in the UNM School of Architecture and Planning since 1976. His teaching focus has been on poetry, urban issues, Greek and Roman Classics, the U.S. Constitution, and the environment. His teaching philosophy works to help strengthen the ordinary genius of everyone when they pursue with intensity their true interests.

As an editor, Price has brought into print the works of more than 800 New Mexicans in periodicals such as Century Magazine, New Mexico Magazine, and the on-line New Mexico Mercury. He was series editor of UNM Press’s Mary Burritt Christiansen poetry series, which published some 26 individual books of poetry. He co-edited a collection of New Mexico Poetry from l960 to the 2004’s titled “In Company,” which included the work of more than 85 poets.

Price has been married to the artist Rini Price since l969. They have two sons, Jody and Keir, and two grandchildren Ryan and Talia. 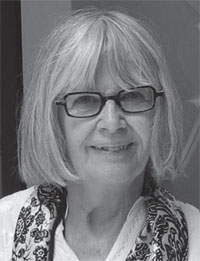 Schaafsma will also receive a Doctor of Letters. She is an archaeologist with a specialty in Hispanic Indian rock art and kiva murals. Her academic background in art history has helped to establish the graphic arts as a way to understand the ancient past of the Greater Southwest.

Going beyond Schaafsma’s pioneering documentation and the organization of rock art styles, her investigations consider issues of interpretation and indigenous concepts of landscape where rock art resides.

Her work has focused on the worldviews and cosmologies basic to the iconography and the history of indigenous religions and their relationships to Mexico. She has broadened understanding of Pueblo kachina ceremonialism, and Pueblo warfare in their cosmological dimensions via the metaphors depicted in the art.  Schaafsma’s volume Images and Power: Rock Art and Ethics explores the many ethical issues faced by Western rock art scholars worldwide when interacting with indigenous groups.

Schaafsma has lectured widely throughout the United States and presented papers at seminars and international congresses in Mexico, Europe, Bolivia and Australia. Her honors and awards include the Emil W. Haury Award, Western National Parks Association (2006), the Byron S. Cummings Award, Arizona Archaeological and Historical Society (2007), and the Klaus Wellmann Memorial Award, American Rock Art Research Association (2008).  In 2015, The New Mexico Historical Review devoted an issue to her work.

In addition she is volume editor of and contributor to Kachinas in the Pueblo World, and New Perspectives on Pottery Mound Pueblo, and most recently co-editor of Painting the Cosmos published by the Museum of Northern Arizona.