A new report from The University of New Mexico Institute for Social Research (ISR) could help change the way cities, counties and states deal with homelessness. The study, which researchers say is one of the most comprehensive looks at the economic impact of homelessness to-date, shows it actually costs less to house chronically homeless people than to leave them on the streets.

The study was commissioned by the City of Albuquerque Department of Family and Community Services and is a cost benefit analysis of the Albuquerque Heading Home Initiative – a program designed to first house homeless people and then provide them the services they may need. It’s a model called ‘Housing First’ and is a departure from traditional federal housing programs that require applicants to be employed, drug and alcohol free and possibly other factors before being given a place to live.

"This program saves money; it costs less to keep someone housed than to keep them homeless." -Paul Guerin, ISR Researcher

The UNM analysis followed 95 Heading Home participants over a two to three-year period. The idea was to look at how much each participant cost, through the use of various social and behavioral services, before and after being a part of the Heading Home program.

Overall, during the two to three-year study period, Heading Home participants cost about $1 million LESS than before entering the program, a roughly 15 percent cost savings. On average, that comes out to about $14,700 per person in money saved. When that average is applied to the total number of eligible participants in the program, the study shows Heading Home resulted in a two to three-year savings of nearly $5 million. 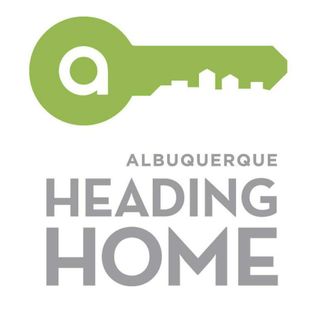 “For every dollar spent on the program, there’s a cost savings return of about $1.78,” said Guerin. “Anyone investing would be thrilled with a return like that.”

It’s well understood by experts that homelessness, in many cases, can lead to an increase in emergency room visits, ambulance calls and other associated costs. That’s why Guerin said the results of the study were not surprising and he hopes other governments will look to Albuquerque for how to start solving this complex problem.

What sets UNM’s study apart, according to experts, is the breadth of data researchers collected over the study period. Guerin says the vast majority of cost benefit research done on homelessness right now only focuses on hospital and healthcare data whereas this study looks at those factors along with criminal justice, behavioral health, social programs and a lot more.

Since wrapping up this research for the City of Albuquerque, Guerin and his team have been contracted by Bernalillo County to study its new Behavioral Health Initiative. In 2015, commissioners imposed a one-eighth percent gross receipts tax to improve access to mental and behavioral health services in the county. In its first year that tax generated about $17 million – money that will fund youth transitional living services, housing for the homeless and a variety of other services. ISR is responsible for studying every aspect of this initiative for up to four years.