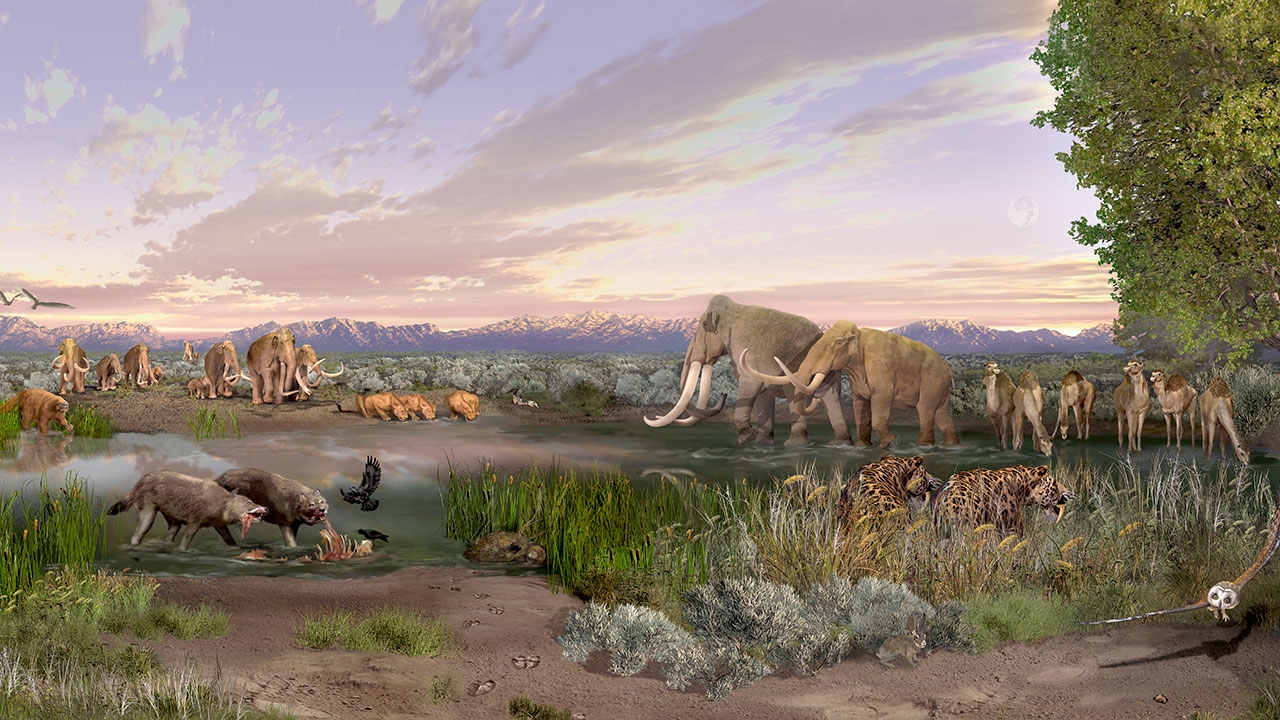 Researchers have demonstrated that mammal biodiversity loss, a major conservation concern today, is part of a long-term trend lasting at least 125,000 years. As archaic humans, Neanderthals and other hominin species migrated out of Africa, what followed was a wave of size-biased extinction in mammals on all continents that intensified over time.

A new study titled Body size downgrading of mammals over the late Quaternary, released Friday in the prestigious journal Science, is the first to quantitatively show that human effects on mammal body size predates their migration out of Africa and that size selective extinction is a hallmark of human activities and not the norm in mammal evolution.

The research, funded by a National Science Foundation (NSF) grant, was led by Dr. Felisa Smith at The University of New Mexico, along with colleagues from University of California San Diego, University of Nebraska-Lincoln and Stanford University. The researchers showed that body-size downgrading – the loss of the largest species on each continent over time – is a hallmark of human activity, both in the past and present. If this trend continues into the future researchers warn, the largest terrestrial mammal in 200 years will be the domestic cow.

“One of the most surprising finds was that 125,000 years ago, the average body size of mammals on Africa was already 50 percent smaller than on other continents,” said Smith, a professor in the UNM Department of Biology who has studied megafauna extinction for more than 15 years. “We suspect this means that archaic humans and other hominins had already influenced mammal diversity and body size in the late-Pleistocene.”

This find was particularly surprising because Africa is a larger continent and typically, larger land masses house and support larger mammals. But, it appears that by the late Pleistocene, hominins had already reduced the diversity of mammals there. Over time, as humans migrated around the globe, extinctions of the largest mammals followed. These giant mammals included the woolly rhinoceros, mammoths, llamas, camels and giant ground sloths as well as ferocious predators such as the short-faced bear, and the scimitar and saber-toothed cats.

In their research, Smith and her colleagues found that this decline follows the global expansion of hominins over the late-Quaternary, including the Pleistocene and Holocene Periods. A number of theories have been developed over the years to explain more recent extinctions such as those at the end of the last ice age, including human hunting, climate change, disease, and even a cosmic impact such as an asteroid or comet. However, earlier workers had not focused on extinctions this far back in time.

“Our study suggests that all of these mammal extinctions are part of a long-term trend. This was fascinating because it only occurred after the arrival of early humans,” said co-author Rosemary Elliott Smith.

By quantifying mammalian extinction selectivity, the researchers documented what happened to mammals as early humans left Africa through the compilation of extensive data including mammal body size, climate, extinction status and geographic location over the last 125,000 years. They also used the conservation status of modern mammals to model diversity and body size distributions for 200 years in the future. The researchers investigated and demonstrated the role of body size and diet on the likelihood of extinction. These data were evaluated in light of climate change and human migration patterns over the same time frame.

They demonstrated size-selective extinction was already underway in the oldest interval, occurred on all continents, within all trophic modes, and across all time intervals. Moreover, the degree of selectivity was unprecedented in 65 million years of mammalian evolution. The distinctive selectivity signature implicates hominin activity as a primary driver of taxonomic losses and ecosystem homogenization.

The researchers also examined the potential influence of climate on extinction risk and selectivity over time. They found that for 65 million years, changes in climate did not result in more extinctions, nor was there a greater tendency for large-bodied mammals to go extinct. “You just don’t see extreme size selectivity for mammals until the late-Pleistocene,” said Kate Lyons, a co-author on the study. “Past climate changes don’t result in size-selective extinction.”

‘We suspect that in the past, shifts in climate led to adaptation and movement of animals, not extinction” said co-author Payne, “Of course, today ongoing climate change may result in extinction since most megafauna are limited in how far they can move.” If the loss of large-bodied mammals continues into the future and all the currently threatened animals are lost, the largest mammal on earth in 200 years may be a domestic cow.

Because megafauna have a disproportionate influence on ecosystem structure and function, past and present body size downgrading is reshaping Earth’s biosphere. By comparing extinction events with the entire record of mammal turnover over the past 65 million years, the researchers demonstrated that body size and diet did not influence extinction risk for mammals for most of their evolutionary history. These results highlight a startling point. The role of ancient and modern humans on large mammals has been vastly underappreciated researchers say.

“Megafauna play a really important role in ecosystems,” said Smith. “which we are just beginning to appreciate. For example, as they walk their massive size compacts the soil, which can lead to changes in gas exchange or water tables. They change the structure of vegetation through their browsing and help maintain open grasslands. They burp methane, a greenhouse gas and even influence the distribution of nitrogen and phospherous on the landscape. We are not entirely sure what the potential loss of these ‘ecosystem engineers’ could lead to. I hope we never find out.”