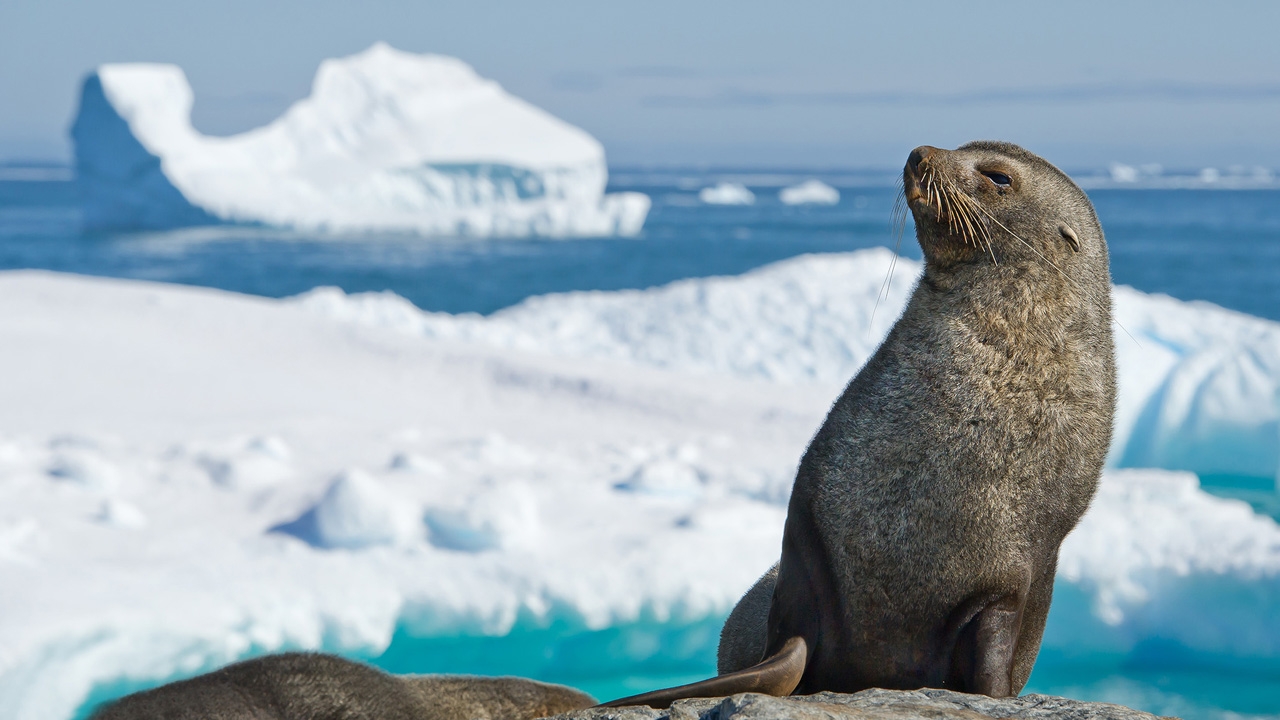 One of the most general rules in ecology is that biodiversity increases towards the tropics. However, a conspicuous exception to this pattern occurs in the ocean where warm-blooded predators such as seals, whales and penguins generally increase in diversity towards the poles despite the challenges of heating their bodies, and the extra food a high-metabolism diet requires.

Even though diversity typically decreases from tropics to the poles in the frigid waters of high latitudes, warm-blooded marine mammals and birds thrive, both in number and species richness. The findings of a new related study, “In polar regions, warm-blooded marine predators rule” were published today in Science.

The work was conducted by researchers at The University of New Mexico, including lead author John Grady, who was a UNM graduate student at the time, and who is now a postdoc at Michigan State, graduate student Ara Winter, and Professors Felisa Smith and Helen Wearing in the Department of Biology.

The study helps to explain a long-standing ecological paradox: Why does the biodiversity pattern of marine mammals and birds – that exhibit greater species richness at the poles than in the tropics – deviate from that of most other life on Earth?

The findings also highlight new challenges that animals such as whales, seals and penguins will undoubtedly face as polar sea temperatures continue to rise. Much of the planet’s biodiversity is concentrated near the tropics and forms well-documented latitudinal gradient of increasing biodiversity near the equator. This diversity gradient is a pattern widely-observed in nearly every form of animal, plant and insect life on land and also in the oceans.

However, for marine mammals and birds, the polar opposite is true. The tropics are home to few warm-blooded mammals and bird species (seals, whales and penguins), and only dolphins show high diversity in the warmer waters of the tropics.

“This unusual pattern of diversity for warm-blooded ‘endothermic’ predators challenges general theories of diversity and draws attention to the significance of having high body temperatures and a fast metabolism,” said Grady. “To resolve this paradox, we show with data and theory that cold waters slow fish and sharks metabolism, causing sluggish movement and giving mammals and birds an important hunting and competitive advantages. Sharks are easier to avoid and fish are easier to catch when the water is cold.”

In collecting their data, Grady and colleagues compiled a database of 998 top marine predators including whales, sharks, fishes, seabirds and reptiles, which revealed striking differences in the biogeography of both warm- (endothermic) and cold-blooded (ectothermic) predators. The researchers then modeled predation rates, metabolism and water temperature among these species and found that warm-bodied predators are favored where prey is typically “slow, stupid and cold.”

“Warm-bodied animals have a metabolic advantage when it comes to hunting prey in cold polar conditions because they are faster than cold-blooded animals at low temperatures,” said Smith, who supervised the research. “Moreover, their metabolism allows them to generate heat to elevate temperatures in the eyes and brain in some cases, allowing improved sensory abilities as they hunt.”

“Analyzing global patterns of marine mammal abundance and consumption, we find seal and dolphins collectively consume approximately 80 times more of the available food near the polar seas than the warm equator,” said Grady. “As a result, they are much more abundant and diverse in cold seas. Large marine predators are major regulators of ecosystems and support fishing and ecotourism industries; their spatial diversity has important economic and conservation ramifications.

“One implication of our work is that as oceans warm, the balance of power will shift towards sharks and fish, and mammal and bird populations will dwindle.”