“Professors Calhoun and Yang are both excellent researchers, and reflect the strength of our faculty generally,” said UNM Provost Chaouki Abdallah. “The external recognition echoes our own esteem for their contributions to scholarship and to the university, and I congratulate them on their many achievements.” 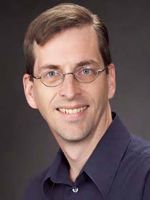 Calhoun is a Distinguished Professor of Electrical and Computer Engineering. He is also the Executive Science Officer and Director of Image Analysis and MR Research at the Mind Research network. Calhoun is also a Professor of Translational Neuroscience.

Thomson Reuters designated him as one of the “World’s Most Influential Scientific Minds” for 2015.

Calhoun works with complex data sets at MRN where he develops techniques to make sense of brain imaging data. He is currently at work on a long-term project to build a data set of information on normally developing adolescent brains. 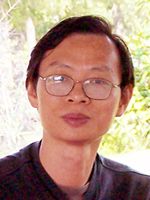 Yang, an assistant professor of Molecular Genetics and Microbiology, was also designated at one of the “Highly Cited Researchers” for 2015. Yang lists his research interests as T helper cell differentiation, Th17 cell and its cytokines in inflammatory and autoimmune diseases, and T helper cell in allergy.

Yang is currently continuing work on the development of TH17 and TH2 cells and their function in inflammatory diseases.