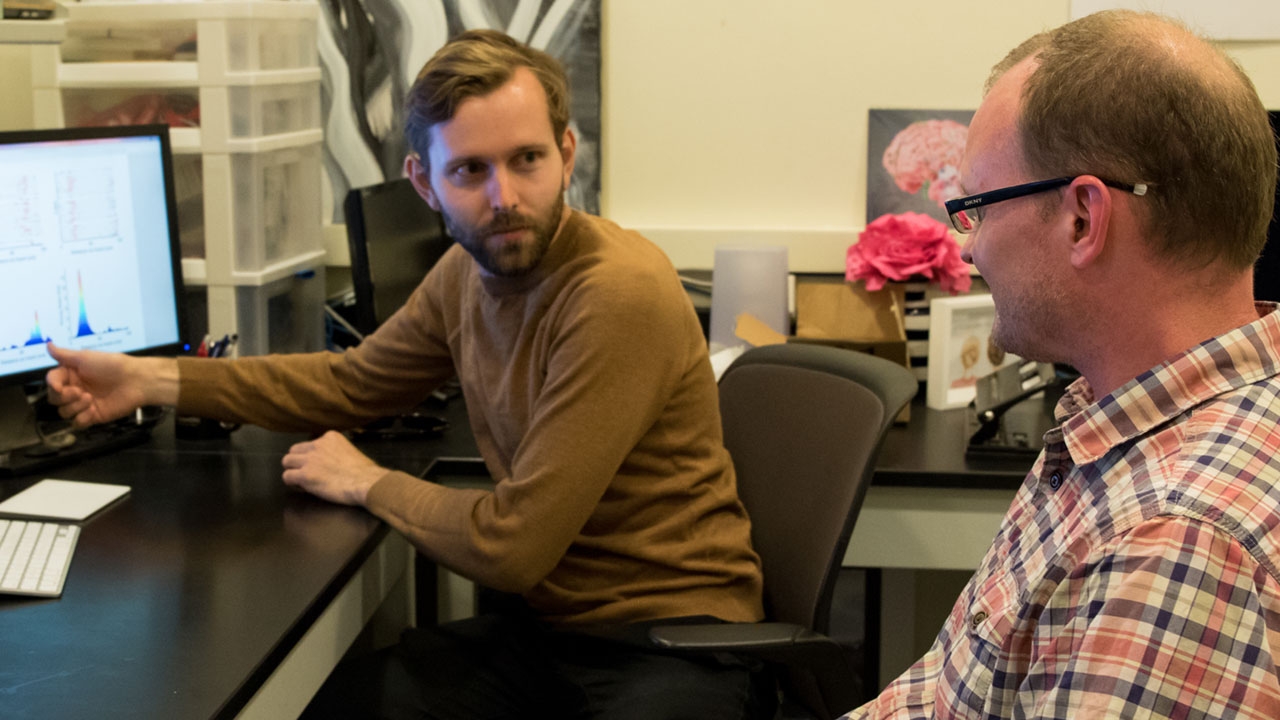 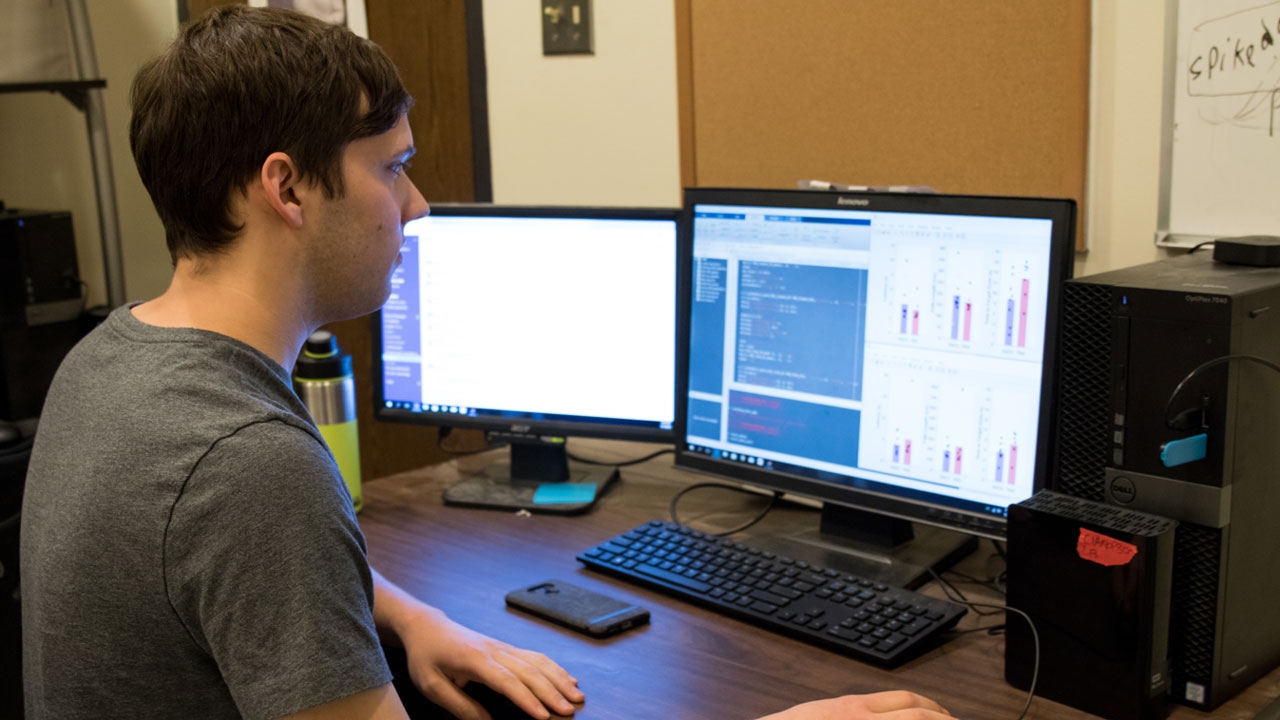 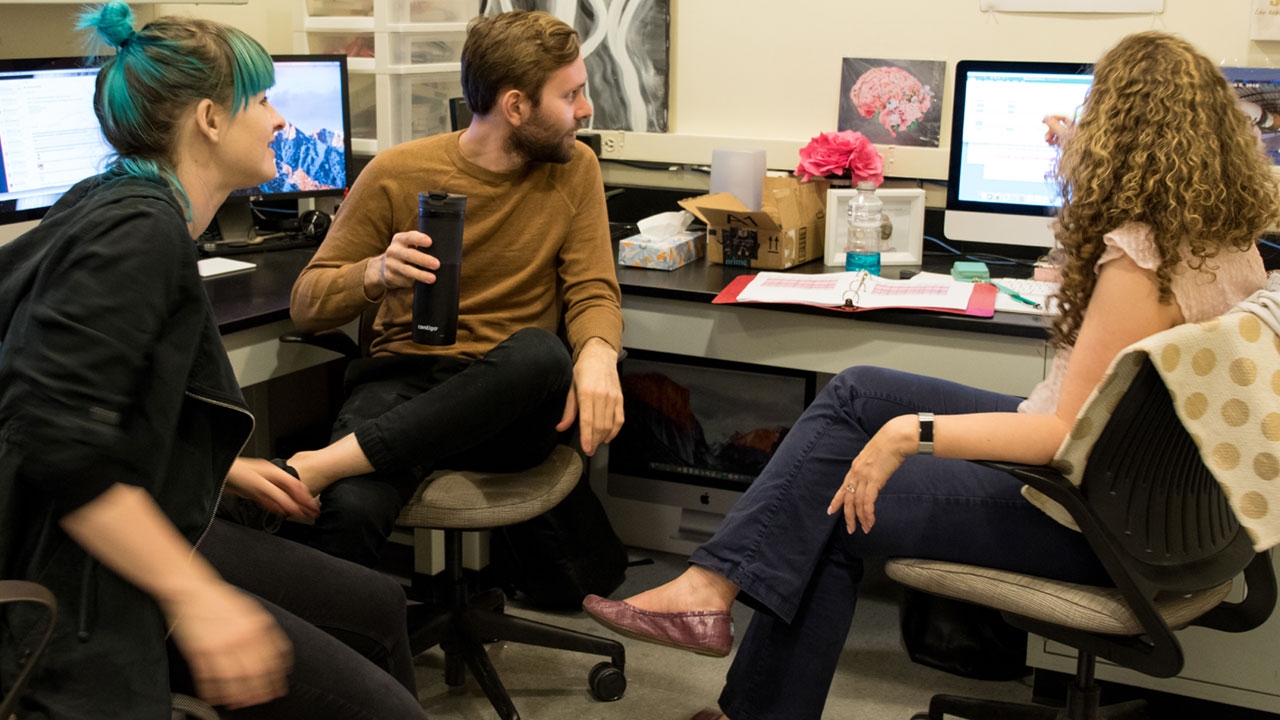 Imagine leaving your home to go on a walk around the block, a familiar path you’ve walked many times. After a few steps into your walk, you look around and begin to feel like you don’t know where you are - nothing looks familiar.

For aging adults, experiencing spatial disorientation - the inability to recognize places and find one’s way from one location to another - could be an early sign of Alzheimer’s disease, which is a type of dementia and a progressive brain disorder that is difficult to diagnose, treat and cure.

“We see the devastation that Alzheimer’s disease and related dementias do to our fellow citizens, their families and our communities,” notes Gary Girón, executive director of the Alzheimer’s Association, New Mexico Chapter. “Today in our state, there are 107,000 unpaid family members taking care of at least 39,000 of their loved ones who are diagnosed with the disease; and the numbers are only growing. We know that New Mexico is trending ahead of the nation, with a 35.9 percent increase in New Mexicans aged 65 and older expected to have the disease by 2025.”

There is an ever-growing need for effective therapies, and researchers at The University of New Mexico are determined to transform the way we approach Alzheimer’s disease. With $150,000 funding from the Alzheimer’s Association for a project called “neural mechanisms of spatial disorientation in Alzheimer’s disease,” Benjamin Clark, assistant professor of psychology, and his team are investigating how the brain changes in the early stages.

While scientists do not know exactly how spatial disorientation develops in the early stages of Alzheimer’s disease, evidence suggests that it may involve damage to certain brain cells called “head-direction” cells. These cells become activated when an animal points its head in a particular direction, suggesting their importance in spatial orientation. 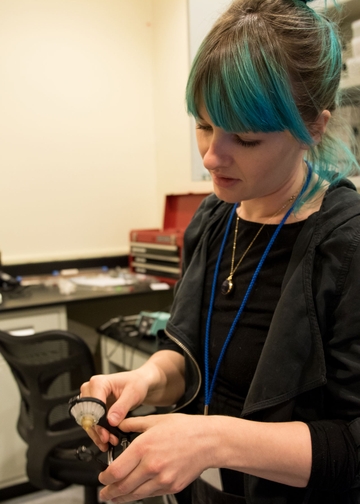 Graduate student Laura Berkowitz is describing an electrode array that allows us to monitor the activity of head direction cells.

"Our research is looking at how the normal activity of “head-direction” cells might be altered in Alzheimer’s disease,” notes Clark. “The specific hypothesis is that these brain signals lose their directionality as the disease progresses over time, and as a consequence contributes to spatial disorientation. Our lab in the department of psychology specializes in the study of “head direction” cells, but, we are also benefiting from expertise in Alzheimer’s research and the brain imaging tools available at the Brain & Behavioral Health Institute here at UNM.”

The team is studying the progression of the disease in a novel rat model that has been made to show the Alzheimer’s pathology that is seen in humans. They are assessing changes to the structure and activity of “head-direction” cells, and whether these changes are associated with poor performance on spatial orientation tasks. Such work involves sophisticated techniques and methods for imaging brain cells and recording electrical signals from this network of cells.

“Professor Clark’s research addresses the fundamental relationships between brain function and cognitive processes that go awry in Alzheimer’s disease,” said Derek Hamilton, professor and acting chair of psychology. “This work could help us better understand the progression of symptoms and identify interventions for the devastating cognitive deficits observed in Alzheimer’s.”

Girón adds, “we understand that research is the essential key that can change this looming public health crisis and avert some of the destruction it promises if left unchecked. It is crucial that determined researchers like Dr. Clark, who are on the front lines of potentially game-changing research, are encouraged and supported. On behalf of the Alzheimer’s Association, New Mexico Chapter, we congratulate Dr. Clark on his award and look forward to the results of his studies.”

“Our work focuses on one piece of this complex problem, but if the work is successful, then we may be closer to understanding how humans become disoriented in dementia. We ultimately hope the work will influence the earlier detection of dementia and possibly the development of treatments slowing the progression of the disease,” concludes Clark.