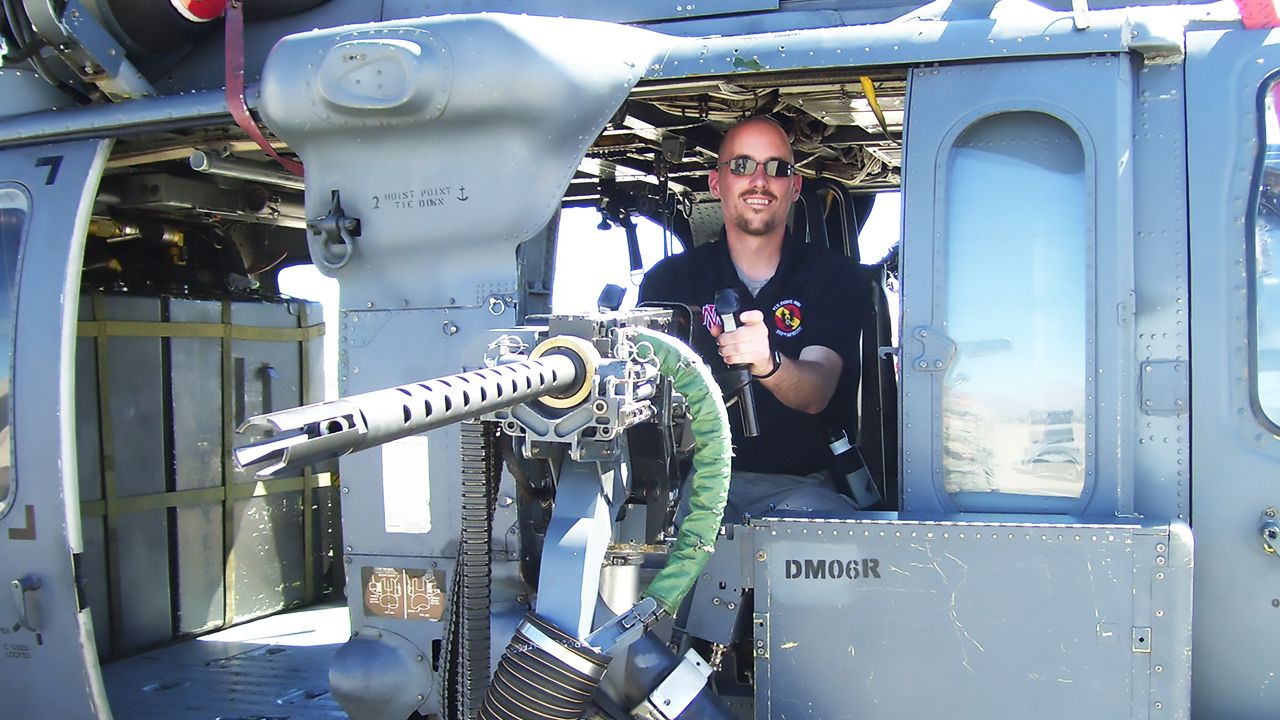 UNM ROTC Senior Student Success Specialist Brian Vineyard was recently honored by the Air Force ROTC Southwest Region with its University Civilian of the Quarter for the Southwest Region award.

The Southwest Region covers 10 states from California to Tennessee and encompasses over 30 units. The award is given by the Headquarters Air Force ROTC to university civilians employed in the Air Force ROTC detachments. Recipients of this award not only meet outstanding job criteria requirements, but are also judged on their significant contributions to the Air Force ROTC and local community.

Vineyard was nominated by Lt. Col Neal B. Kleinschmidt, UNM Air Force ROTC commanding officer, for his outstanding contributions to the three UNM ROTC detachments and his work with Animal Humane Association of New Mexico.

“Brian has been an awesome edition to our team,” Kleinschmidt says. “He’s cut red tape across the board and has streamlined advisement plans for cadets.”

Vineyard is credited with plotting 200 degree plans for UNM tri-service ROTC cadets and midshipmen with a 100 percent on time graduation rate. Additionally, he teaches a university financial literacy class and has streamlined the class registration process for cadets and midshipmen to make sure all critical classes are available to them.

He also volunteers at the Animal Humane Association of New Mexico Thrift Store where he has logged 80 hours and processed $20,000 in donation items.

Winning this award makes Vineyard one of the four top civilian finalists in the nationwide Air Force ROTC University Civilian of the Quarter.