May 27, 2016
Categories: Inside UNM Student Affairs

The University of New Mexico is host to Reserve Office Training Corps (ROTC) from each of the military services: Army, Air Force and Navy—with Marine Corps and is the only Hispanic Serving Institution with all three ROTC host programs in the nation. With such a distinction, UNM has become familiar with what seems like a quick, three-year term limit for cherished unit commanders. 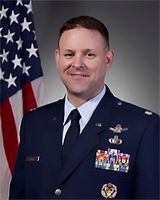 Garcia will begin his new assignment as the 341st Deputy Mission Support Group Commander at Malmstrom Air Force Base in Great Falls, Mont.

Crawford will be filling the position of Professor of Military Science at Clemson University prior to his retirement in two years.

Both commanders served at UNM from 2014 to 2016 and enjoyed success in their respective units.

The UNM Air Force ROTC is currently ranked number 30 in the nation for highest CGPA and number 83 for fitness scores out of 145 detachments.

“The detachment currently has 13 cadets on full-ride Air Force Scholarships,” Garcia says. “And twenty-four cadets are contracted to become officers in the next few years.”

Crawford says he truly enjoyed his time at The University of New Mexico, “I love the atmosphere at UNM and the staff in Student Affairs. I will definitely miss my staff in the Army ROTC program—they have been the most professional group of people I have worked with in my 19 years of Army service.” 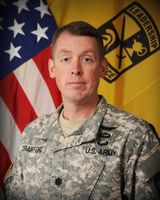 As of May, UNM's Army ROTC program has commissioned 203 officers since 1987. Additionally, they have been recognized twice in the past three years as the top Army ROTC program, by size, in the Brigade.

Beginning in June, Lt. Col. Neal Kleinschmidt will take over the helm for the University’s Air Force ROTC and Major Alissa A. McKaig will lead the Army ROTC.

McKaig is a native of New Jersey and is commissioned in aviation. Her first operational assignment was at Fort Hood, Texas where she served as Company Executive Officer and Platoon Leader—2nd Battalion, 4th Aviation Regiment, 4th Infantry Division, mechanized and was also deployed with the unit to Iraq in 2003 in support of Operation Iraqi Freedom. McKaig also served in Yongsan, South Korea.