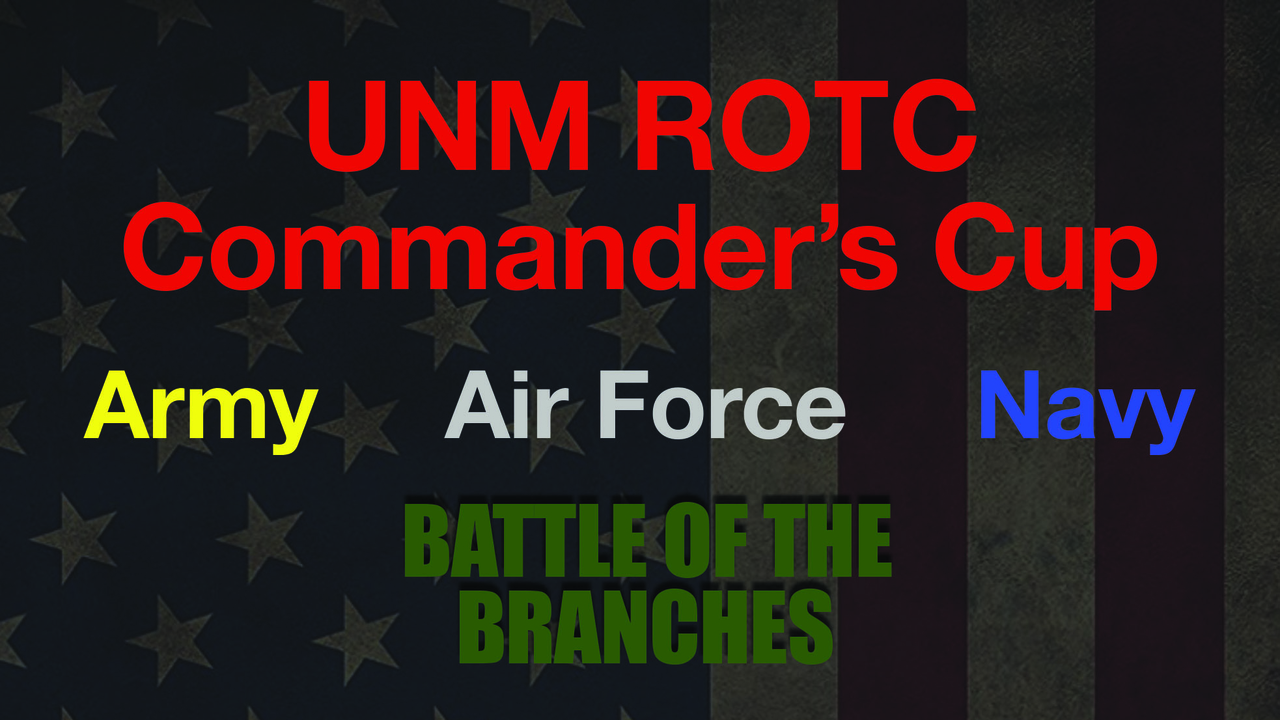 Until a few years ago, the Commander's Cup was a long-standing tradition for the UNM ROTC units—a friendly competition between cadets from all three military branches housed on the UNM campus. After a bit of a hiatus, the units have come together and are going to be competing once again.

“The goal of the event is to get our future military leaders working together and engender a bit of espirit de corps and friendly competition,” says Professor of Military Science and Army ROTC Commander, LTC Alissa A. McKaig.

The winners of the competition not only have bragging rights, but also get to house the coveted “Commander’s Cup” trophy in their unit—a trophy which currently resides in Navy Headquarters.

Other events include a dodgeball game in Johnson Gym on Tuesday, March 26 at 5:30 p.m. and a physical fitness test on Wednesday, March 27 in front of the Navy/Marine building in the afternoon.

Although all events are open to the public, spectators are especially encouraged to attend the Field Day event on Friday, March 29 and cheer on their favorite unit.