The University of New Mexico's Department of Earth and Planetary Sciences and Institute of Meteoritics presents the 3rd annual Stuart A. Northrop Distinguished Lecturer featuring Dr. Meenakshi Wadhwa on April 12 at 3 p.m. in Northrop Hall, Room 122.

Wahdwa’s lecture will be on “Fire and Water on Vesta: Implications for the Earliest Volcanism and Origin of Water on Asteroids.” The asteroid Vesta is the second largest body in the asteroid belt and is one of the remnants left over from the earliest epoch in Solar System history—before the Earth was even formed. 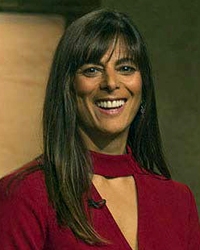 She will discuss some of the work she has done on a very rare unequilibrated eucrite to better understand the timing of the earliest volcanism on Vesta. She will also discuss determining hydrogen isotopes for the source and the water budget on this asteroid.

Wahdwa is a researcher and educator interested in the time scales and processes involved in the formation and evolution of the Solar System and planets at Arizona State University. Her research group is best known for developing novel methodologies for high precision isotope analyses and application of high-resolution chronometers for constraining the time scales of processes in the early Solar System.

Wahdwa is currently director of the Center for Meteorite Studies and professor in the School of Earth and Space Exploration at ASU. She is a recipient of the Fullbright- Nehru Academic and Professional Excellence Award, the Guggenheim Fellowship and the Neir Prize of Meteoritical Society.

Wahdwa received her doctorate from Washington University in St. Louis and was a postdoctoral researcher at University of California at San Diego. She later was a curator at the Field Museum in Chicago before moving to Arizona State University in 2006.

Northrop’s contributions to the UNM Department of Geology during his long tenure as Chairman (1921-1961) were profound including laying the foundation of the present department by creating the MS and Ph.D. programs and building the current department’s building.

Lovejoy is Professor Emeritus of Biology at Georgia Southern University, who influenced generations of students with his own with his teaching and research. Lovejoy was born in a small Ohio town coming from four generations of coal miners and became a first-generation college graduate. After serving in the Navy, he attended Muskingum College in New Concord, Ohio where he majored in geology. A month later, he boarded a bus for Albuquerque and UNM where he earned a master’s degree in geology.

The lecture series serves as a venue to showcase the type of research and enthusiasm for seeking knowledge that was emblematic of Dr. Northrop himself.