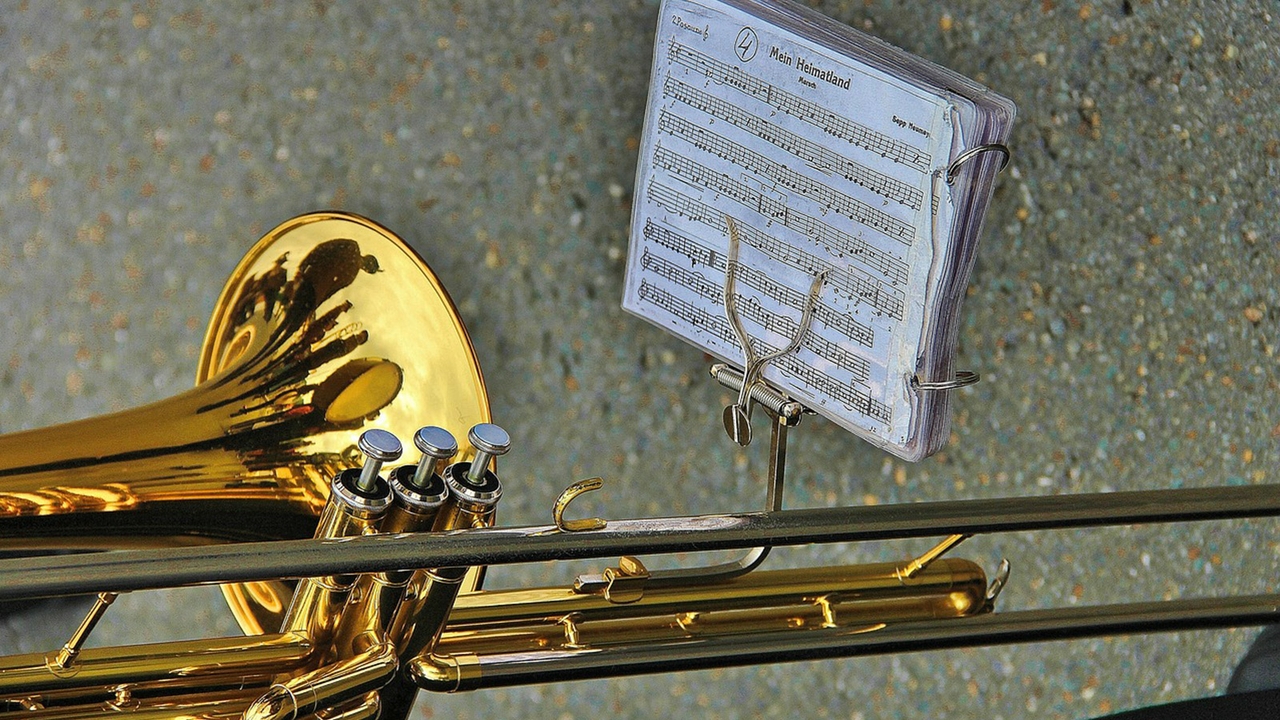 Professor of Music at The University of New Mexico, Karl Hinterbichler was recently recognized for his contributions to the trombone world when he received the Kenneth Hanlon Award from the International Trombone Association. The Kenneth Hanlon Award “recognizes an individual that contributes greatly to the ITA and the trombone world with a spirit of generosity and modesty that inspires.” 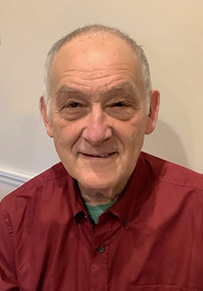 Hinterbichler has taught at UNM since 1973 and noted that the beautiful New Mexico weather lured him here. He graduated high school in Lackawanna, NY, attended University of Michigan, and received a job interview in Wisconsin – all locations known for cold weather and abundant snow.

“I was offered the job in Wisconsin and then UNM. Easy choice for me, the weather being the deciding factor,” Hinterbichler recalled. Hinterbichler has had opportunities to move on to other jobs but has refused. “Each time I drew up two columns, of advantages and disadvantages of the possible new job. The money and prestige columns always came out in favor of the new job. But when it came to the beauty of New Mexico, the weather, a place to raise a family, and being able to ride my bike to work every day, UNM won out each time."

His first semester at UNM was a heavy one, as he replaced two other faculty members. Besides teaching a full load of classes and lessons for 12 students on trombone, euphonium, and tuba, Hinterbichler played principal trombone for the New Mexico Symphony.

“I did not get much sleep that first or second semester,” he said ruefully.

Hinterbichler teaches music history at UNM and lectures widely on a wide variety of musical subjects. He holds degrees from the University of Michigan and the University of North Texas and has performed on tenor trombone, brass trombone, tenor tuba, and bass trumpet with numerous professional organizations, including 15 seasons as principal trombone with the New Mexico Symphony Orchestra. He has also performed as principal trombone with Opera Southwest and with the New Mexico Brass Quintet. The NMBQ toured and concertized in the USA, Mexico, Australia, China, Russia, Finland, Czechoslovakia, Hungary, Germany and Italy and commissioned and premiered more than 50 new works from composers around the world.  Active as a writer and arranger, Hinterbichler has had numerous arrangements, articles, and editions published both in the US and in Europe. He is also an assistant editor and regular columnist for the International Trombone Society Journal since 1971 and has given lectures, lessons, and master classes in Germany, Austria, Switzerland, Hungary, Finland, Germany, Australia, Russia, and the People’s Republic of China.

"It has been a great joy to have seen numerous of my former students go out into the musical world with positions in symphony orchestras, premiere service bands, chamber groups, church musicians, conductors, composers, university teachers, high school, mid school and elementary school teachers.”

Teaching during the COVID-19 shutdown has been difficult: “It was a rather rude awakening when forced to adapt in the middle of the spring term. I have gradually become better and more adept. I am teaching remotely but scheduled. So do all my lectures as I would normally. Of course, the interaction is not quite the same when you are dealing with 40-plus students. I do try to keep close tabs on students that may be having trouble with this format, especially in the middle of COVID 19.”

“But I always remind them of certain advantages: You can eat, you can lie on your couch, you can get up and walk around, if it gets boring you can take a break or shut off the sound, you don’t have to get dressed up, you don’t have to hassle parking,” he added.

He has several goals for his students, Hinterbichler said: “Make them better citizens of the world; impart curiosity about music; through listening and analysis become a better musician and teacher; forge an understanding and connection with music from the past and how it informs us in the present; and strive for excellence.”

“It has been a great joy to have seen numerous of my former students go out into the musical world with positions in symphony orchestras, premier service bands, chamber groups, church musicians, conductors, composers, university teachers, high school, mid-school and elementary school teachers,” he said, adding, “I really love the diversity of students at UNM. Both in terms of their various ethnicities and their preparation  ̶  or lack of  ̶  for college-level work. Sure, some fall by the wayside because they are not willing to work hard and sacrifice to become better musicians and teachers. But many more do and that is a joy to watch as they grow and prosper.”