The University of New Mexico School of Architecture & Planning’s Community and Regional Planning (CRP) program is holding “Teach Week: Sanctuary, A Rising Resistance Movement,” to open a conversation between faculty, students and the community.

The event is on Wednesday, Mar. 1 from 3:30 – 5 p.m. in the Garcia Honda Auditorium in George Pearl Hall on UNM’s main campus.

“It is a particularly relevant and important topic in the current political climate to address issues of a sanctuary campus,” said Jennifer Tucker, assistant professor in CRP.

The event isn’t limited to the CRP program, however. Presenters include immigrant students from the UNM Dream Team and the NM Faith Coalition for Immigrant Justice. Tucker says the event is both educational and policy oriented.

“We think it is critical to connect with faith-based communities,” Tucker said. “Our aims are to ask how each of us can support students who are being targeted and marginalized.”

Tucker is also involved in the Faculty Sanctuary Campus Group, with membership that reaches across campus.

“We want to get administrators to use their discretion when interacting with federal officers, including Immigration and Customs Enforcement [ICE],” she said.

She also added that any interaction with immigration officials can put a student – or any undocumented person – on the path for deportation and Tucker wants to encourage a policy requiring officials to have a warrant before they ask for information.

Some educational institutions have memoranda of understanding that specifically designates the campus off limits to ICE. Places of worship have protected status as places of worship.

“They are designated as special places of sanctuary and safety,” Tucker said.

“UNM is being called on to act as a leader and a model to recognize universities as places of learning and demonstrate that we came together to protect all of our students,” she said.

Tucker said that Interim President Chaouki Abdallah already stated, “We protect the pack” and she believes the faculty working group should be able to use the full extent of the discretion open to them.

The “Teach-In” is being held during the Community and Regional Planning’s Teach Week as a way of educating others about immigrant issues. Visiting Assistant Professor of English Jose Orduna, author of "The Weight of Shadows" is going to address the current climate for immigrants and provide the historic context.

“We will also have an activity around what sanctuary can be,” Tucker said. 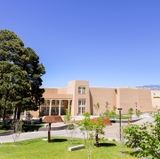 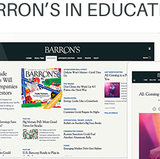 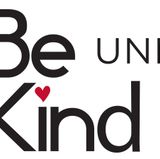