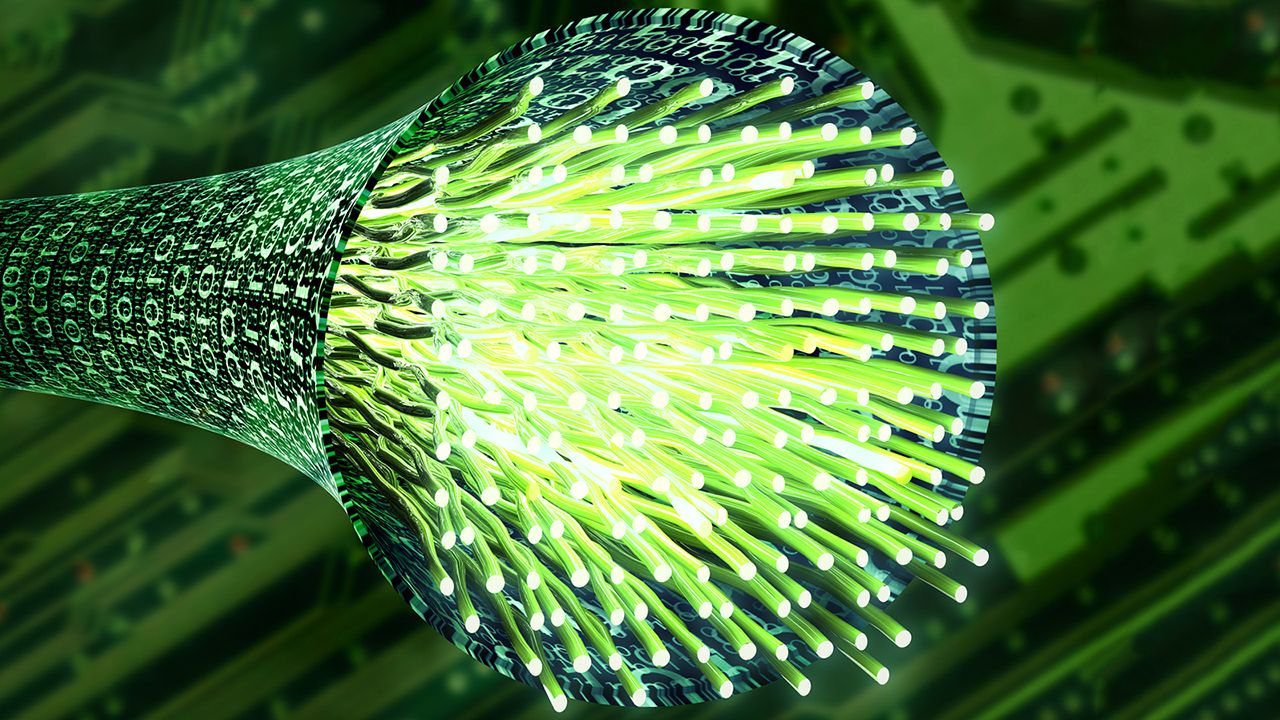 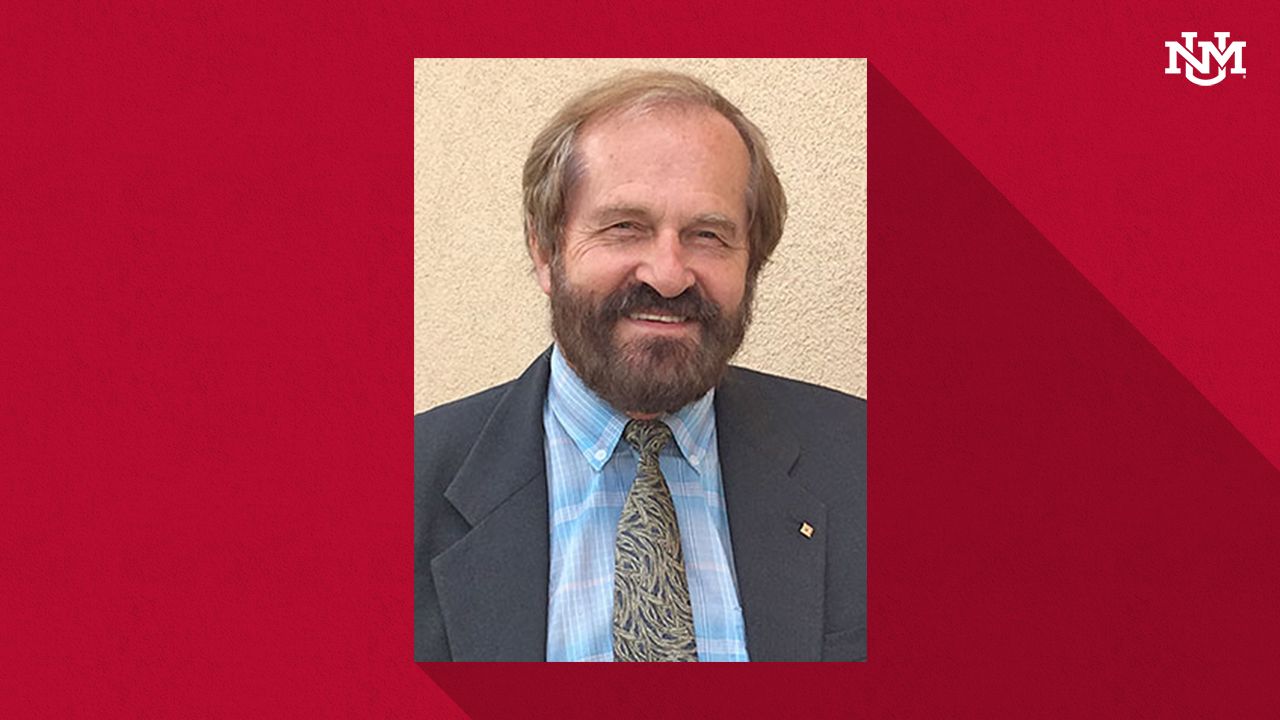 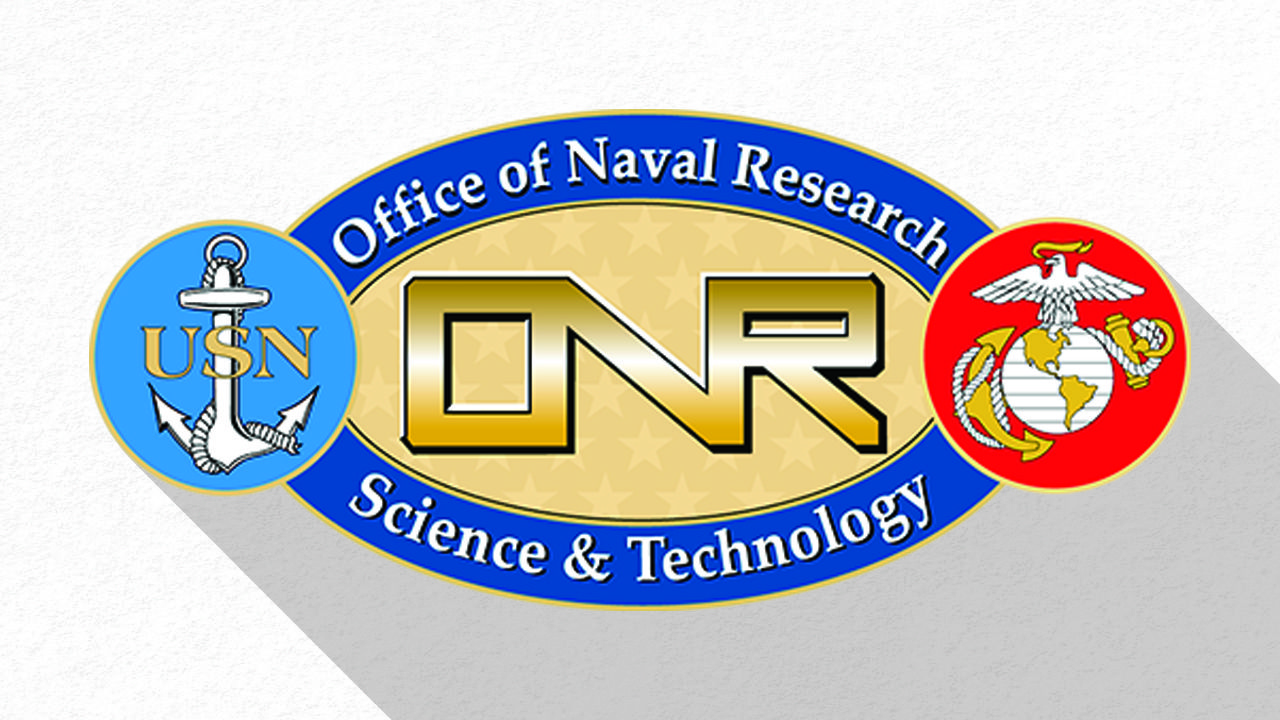 Osiński has been awarded a $1.3 million grant from the Office of Naval Research to develop the ultrafast laser technology.

A project to develop new ultrafast laser transmitter technology at The University of New Mexico is expected to have a revolutionary impact on the physics of semiconductor lasers, with potential applications that could result in ten times the speed of current fiber optic networks.

For the past two and half years, the laser transmitter project has been centered on numerical simulations of proposed devices, funded by a $400,000 grant which will conclude in September. Now, the Office of Naval Research has awarded UNM a $1.3 million grant, funded for three and a half years, to continue with a proof of concept demonstration, moving from theory to the laboratory.

The project addresses the need for faster data transfer by increasing the speed at which signals are first generated to send through a fiber optic network. Its goal is to demonstrate that semiconductor laser devices can send data at a bandwidth speed of over 100 gigabits per second (Gbps), or 100 million kilobits per second.

To put this in perspective, current 4G networks may transfer data at a speed of 10 Gbps. While standards have not yet been established, the planned 5G revolution is expected to push data transfer speeds to at least 40 Gbps. 5G’s speed and capacity is designed to facilitate the more rapid arrival of the “Internet of Things” (IoT).

Much of the fiber optic infrastructure is in place and continues to be built out as an investment in the connected future. With light as the data medium, the theoretical speed limit for fiber optics is the speed of light. The effective speed limitations for fiber optic networks are the way in which the data signals are sent, encoded, modulated and received.

“How we are sending the data is what is going to make the big difference,” said Osiński.

The laboratory work will be performed at UNM’s Center for High Technology Materials (CHTM), an internationally recognized resource for research in optoelectronics.

While future applications for this technology could have a huge impact on data transmission and connectivity around the world, the Office of Naval Research (ONR) is funding the UNM research for their specific applications. ONR generates enormous amounts of data in supercomputers operating in cryogenic environments (around 4 degrees Kelvin), with the data produced then needing to be processed through computers at room temperature. ONR is looking for a way to quickly transfer these huge quantities of data.

The Office of Naval Research may be interested in applications aboard a ship, which has limited energy and room for maintaining a cryogenic environment. Removing extra heat from the cryostat (an apparatus for maintaining a very low temperature) takes lots of power.

Since it is very expensive energetically to maintain the 4K temperature, normal electronic connections with copper wire are not feasible, as the copper conducts heat. Instead, high-speed optical communication methods such as those being developed at UNM are preferred, because glass does not conduct heat.

Semiconductor lasers are a common source of data in the form of light for input into optical communications.

“Most people do not know — your cellphone has semiconductor lasers, so do CD and DVD players, laser printers, and scanners. They are everywhere already,” said Osiński.

The project is expected to have a revolutionary impact on the field of fundamental and applied physics of semiconductor lasers, pioneering a new class of ring-laser-based, integrated, ultrafast sources.

“Development of inexpensive ultrafast chips operating at speeds exceeding 100 Gbps will have a huge societal impact by increasing the transmission capacity of fiber-based networks,” says Osiński. “We are conducting basic scientific research with the potential for many and much broader possible applications.”

“Society is supremely concerned with more data, more options,” he says. “Imagine a doctor able to perform robotic surgery remotely — the doctor would need very high quality images at very high resolution. Besides surgery, patients in remote communities without local medical resources may need to consult with a specialist online, perhaps with the doctor reading live data from on-site sensors. This is a concern even in New Mexico, with our vast rural areas.”

“A lot of things that were thought impossible before are going from a dream to an expectation,” Osiński continued. “People are anticipating real time communication around the world, not delayed communication. And not only are the files larger, the user base gets larger and larger. The more capacity we provide by technological development, the more inventive are the inventors.”

Ultrafast laser transmitter prototype fabrication and testing is an excellent example of UNM’s role as a research institution at the forefront of high-speed semiconductor research.