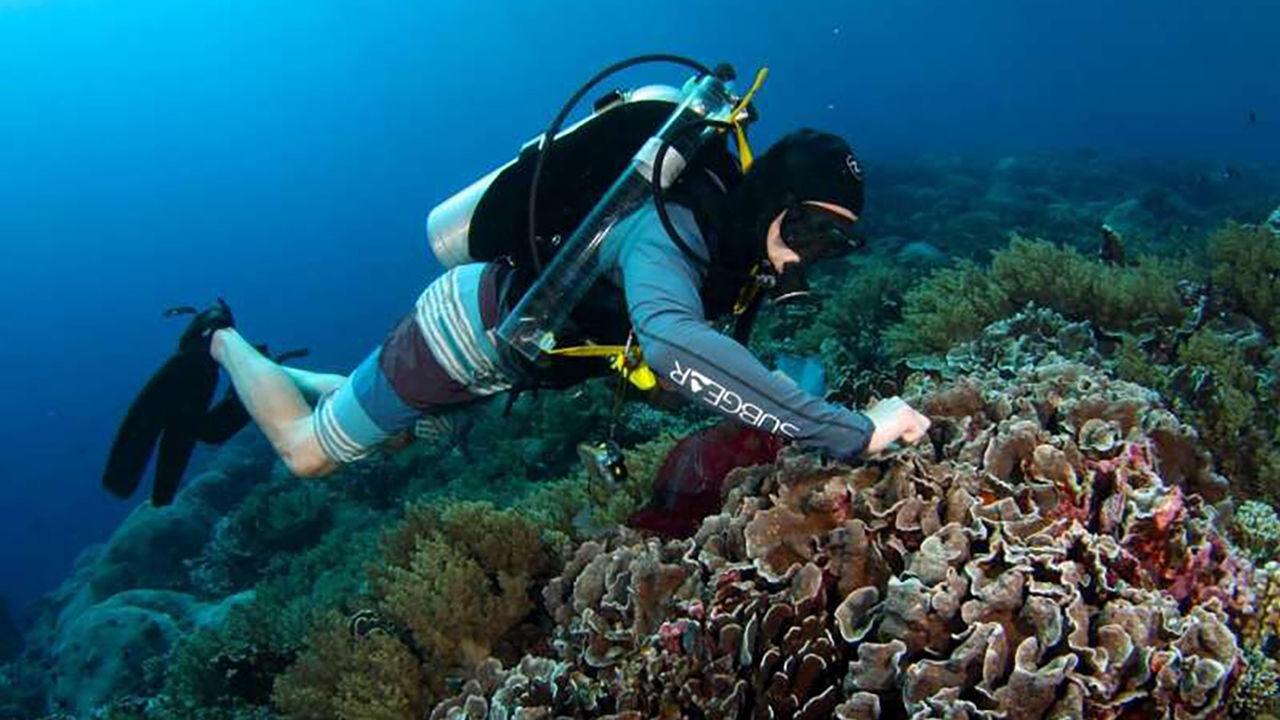 is studying coral in the South Pacific to understand coral bleaching. 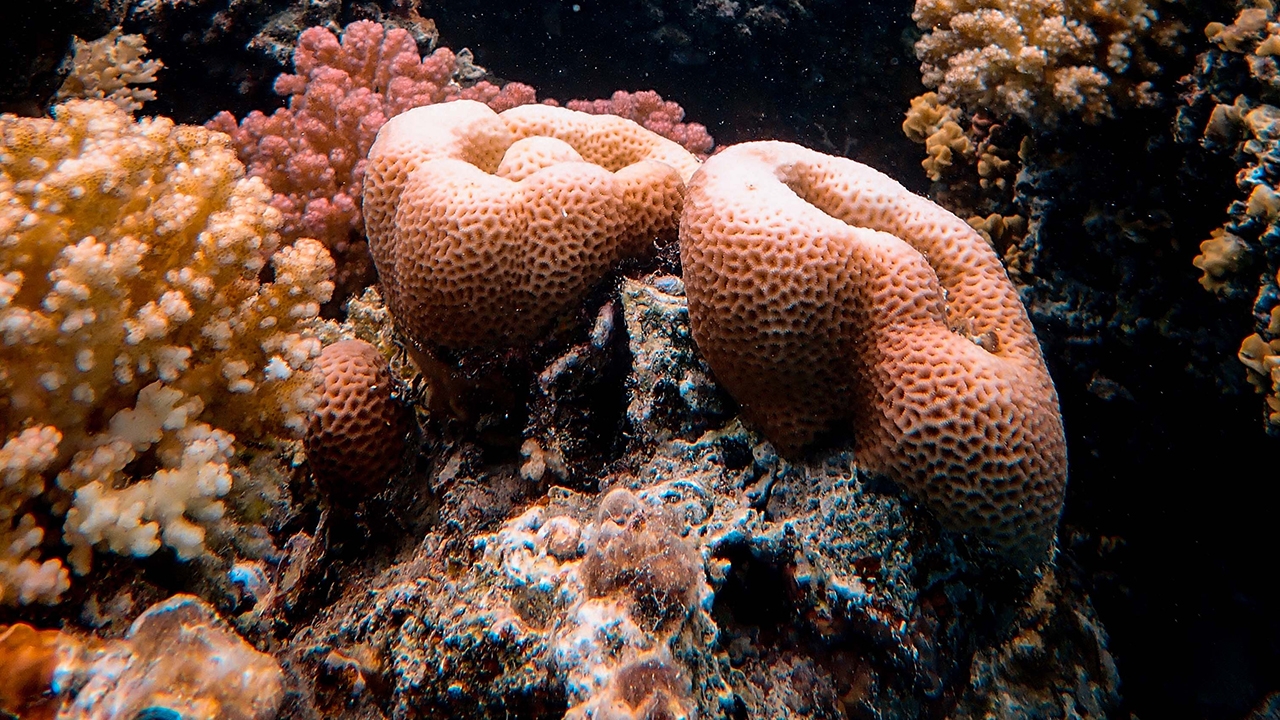 under stressful situations such as a change in ocean temperature or pollution.

When attending The University of New Mexico, students might think that conducting research involving marine life is wishful thinking considering the University is land-locked and located in one of the driest states in the country.

However, UNM Associate Professor of Biology and Associate Director of the Center for Stable Isotopes, Seth Newsome, proved otherwise and took his research to the South Pacific Ocean to study coral reefs and how corals can survive coral bleaching.

Everyday in the news, there is more and more talk about coral losing their color and dying. This concept, called coral bleaching, is more complex than one may think. Corals are very unique in the sense that their survival is dependent on a very close relationship with dinoflagellates, which like plants, can make their own food via photosynthesis. When healthy, dinoflagellates—more specifically zooxanthellae—are coral’s primary source of energy and give them their vibrant colors. In this situation, dinoflagellates and corals are symbionts and depend on one another.

"I think the most interesting part of our study is that different coral individuals living in the same place (meters apart) use diverse strategies that include near complete dependence on their symbionts to near complete consumption of zooplankton to maintain their protein balance and build their bodies." - Associate Professor Seth Newsome

Corals become bleached when this relationship is put under stressful situations including a change in ocean temperature and/or pollution. When stressed, the dinoflagellates leave the coral, and coral is left bleached and vulnerable to diseases.

Luckily, when coral bleaches, it is not dead. Corals can survive bleaching but need fallback food sources when dinoflagellates have been bleached from their skeletons. With the help of researchers at Woods Hole Oceanographic Institution, Scripps Institution of Oceanography, and UNM Ph.D. student Emma Elliott Smith, Newsome’s research began on the understanding of how nutrition impacts coral’s survivability rate during these bleaching periods.

“I think the current paradigm is that corals obtain most of their energy from zooxanthellae,” says Newsome. “However, the actual coral animal is mostly made of protein so it makes sense that some portion of their body is built from zooplankton that they filter out of the water column, which contains more protein than the energy they get from zooxanthellae.”

Newsome’s research typically focuses on diet variation among species with the goal to understand how human activities impact animal populations. With climate change on the rise and water temperatures being inconsistent, coral reefs are one of the species that is being hit the hardest and have been bleaching at a much faster rate.

With this in mind, Newsome’s colleagues headed to the South Pacific Ocean to figure out when these corals bleach, why some survive and why some don’t. After researchers at Woods Hole Oceanographic Institution extracted samples from the Palmyra Atoll—a remote US national wildlife refuge in the central Pacific Ocean, Newsome and his team began extracting essential amino acids from the corals, their symbionts and the tiny zooplankton the corals often eat.

Essential amino acids are necessary for any animal to survive; however, most corals are unable to produce these compounds themselves, which causes corals to get theses amino acids from their symbionts or the tiny zooplankton they filter out of the water. To do this, Newsome and his team developed new technology to differentiate two different types of nutrition that are used by corals—autotrophic from zooxanthellae versus heterotopic from zooplankton.

“There are no other proxies currently available that can do this at such high resolution, so our study expanded the toolkit for coral reef ecologists, which could prove to be important for studying how this group of animals will respond to ongoing environmental change,” said Newsome. “In addition, corals form the foundation of ecosystems that host a significant proportion of biodiversity in the oceans, so better understanding how they will respond to climate change is important.”

Through this research, they were able to find that corals that received a surprising amount of their nutrition from zooplankton, but this varied a lot among individuals that occupied the same part of the reef.

“I think the most interesting part of our study is that different coral individuals living in the same place (meters apart) use diverse strategies that include near complete dependence on their symbionts to near complete consumption of zooplankton to maintain their protein balance and build their bodies,” says Newsome.

The work is not over for Newsome. Ultimately, Newsome and his colleagues want to find a way to increase coral survivability as the globe continues to warm at a rapid rate. They have a National Science Foundation proposal pending that aims to tie coral nutrition to their ability to survive bleaching events, which may ultimately help us identify which coral populations have the highest chances of surviving warming water temperatures and future bleaching events.