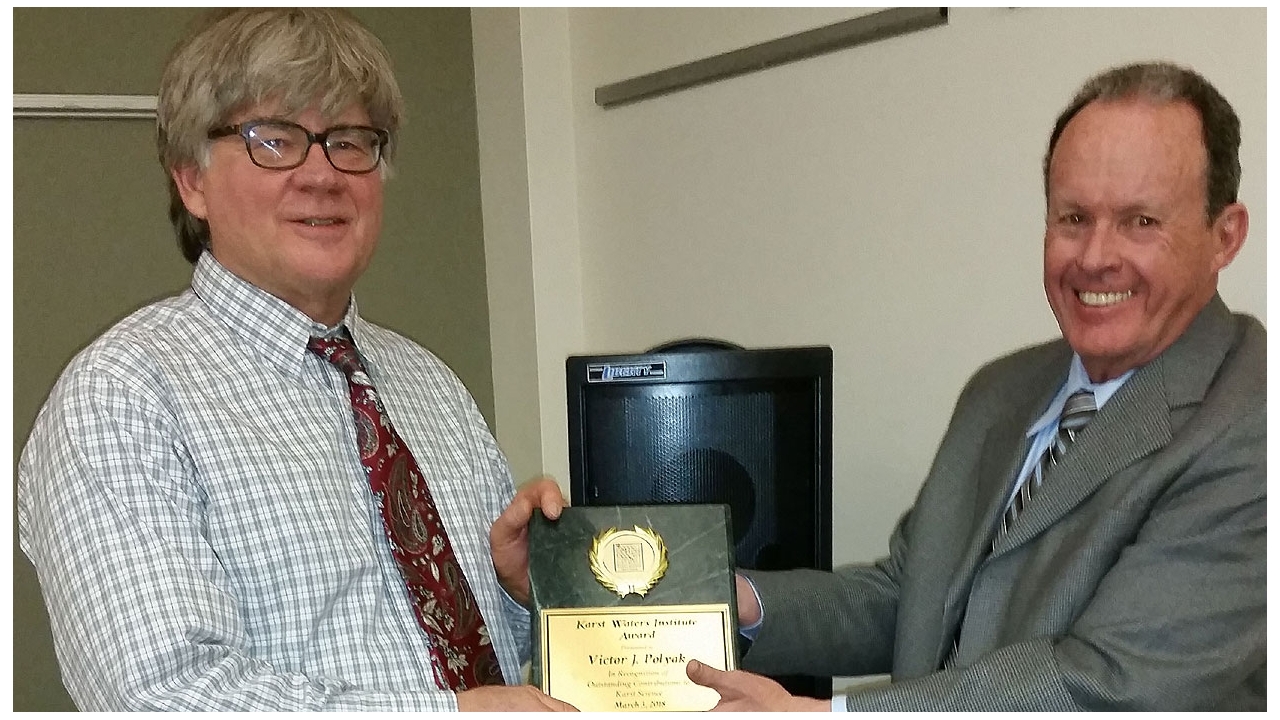 Victor Polyak, senior research scientist in the Department of Earth and Planetary Science (E&PS) at The University of New Mexico, was recently awarded the Karst Water Institute Outstanding Scientist Award. The award is given annually to an outstanding member of the cave and karst field.

“The marriage of speleology (cave science) and isotope geochemistry has great potential to solve many important geological questions,” said Polyak.

Since 1999, Polyak has been a senior research scientist at UNM working in paleoclimate, sea level, and landscape evolution research using speleothems and sediment from caves around the world. Polyak has studied clays and associated minerals occurring in caves of the Guadalupe Mountains, work that has expanded knowledge of clay genesis in caves. His work has also provided the absolute timing of formation of Carlsbad Cavern, Lechuguilla and the other caves of that region.

Currently, along with longtime collaborator and UNM E&PS Professor Yemane Asmerom, Polyak’s interests are focused on paleo-climatology through the study of stalagmites and other speleothems. Annual banding, fossils, mineral assemblage and isotope geochemistry preserved in these speleothems from southeastern New Mexico caves allow the reconstruction of Holocene and Late Pleistocene climate of the southwestern United States. 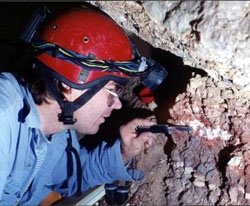 Polyak manages Asmerom’s Radiogenic Isotope Laboratory at t UNM where many of these techniques have been perfected. In the past 20 years, Polyak and Asmerom, through multiple collaborations, have continued their research using caves. Polyak has applied age-dating and other aspects of isotope geochemistry to studies on diverse topics such as paleoclimate, landscape evolution, sea level change and archaeology. He is the author and or co-author of more than 115 publications using this marriage of speleology and radiogenic isotope geochemistry.

Other research Polyak is involved in includes the study of Grand Canyon caves and particular speleothems within those cave, which yielded useful and new information related to the rate of canyon incision by the Colorado River and the age and origin of Grand Canyon. He is involved in sea level research as well, where unique speleothems from caves in Mallorca, Spain are yielding the most accurate and precise past highstand sea level records in the world.  Other interests include sulfur-related cave genesis, cave minerals, speleothems, and lava tube cave features.

To learn more of Polyak’s discoveries visit this article.