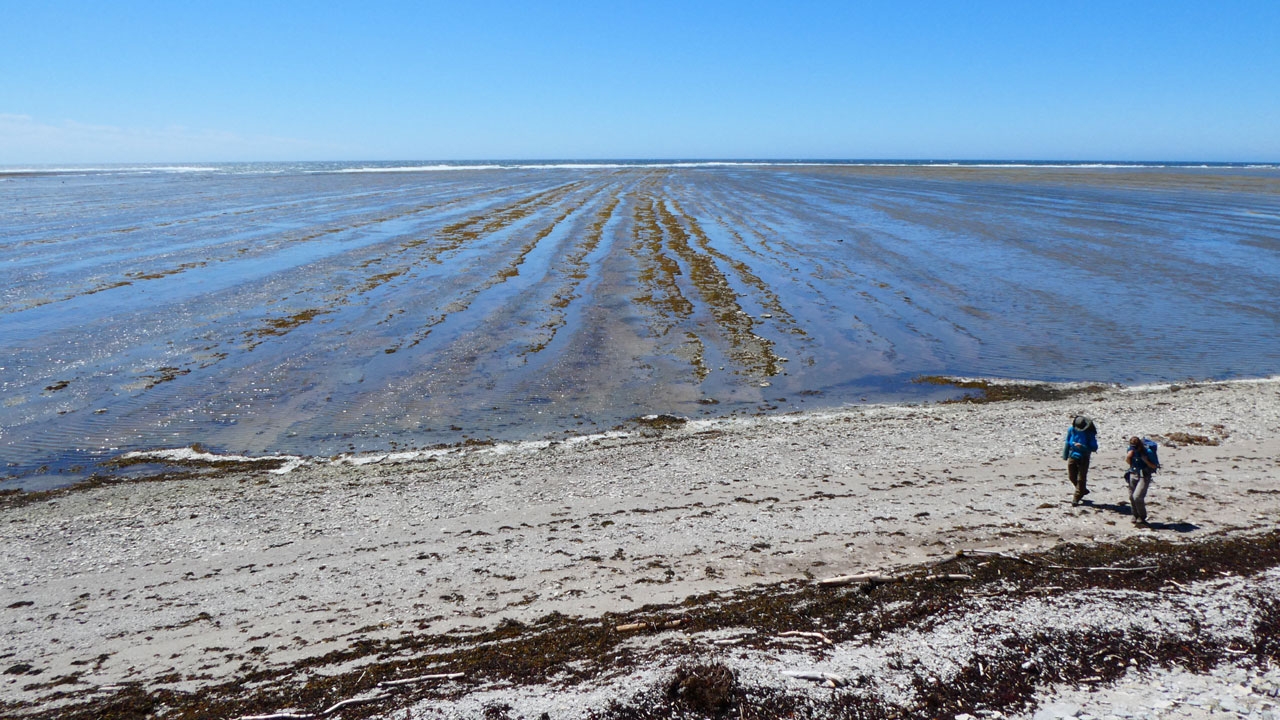 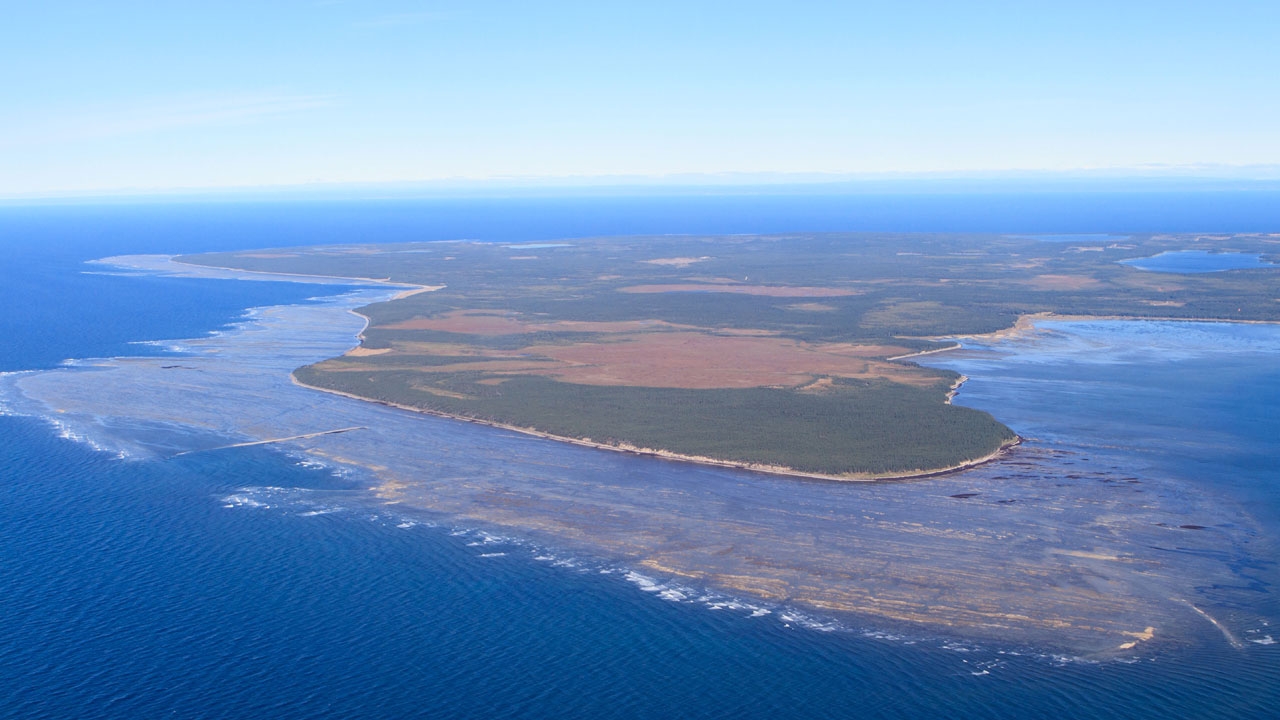 Aerial view of a submerged bench in light brown is Ordovician limestones lying in shallow waters on the northern end of Anticosti Island. 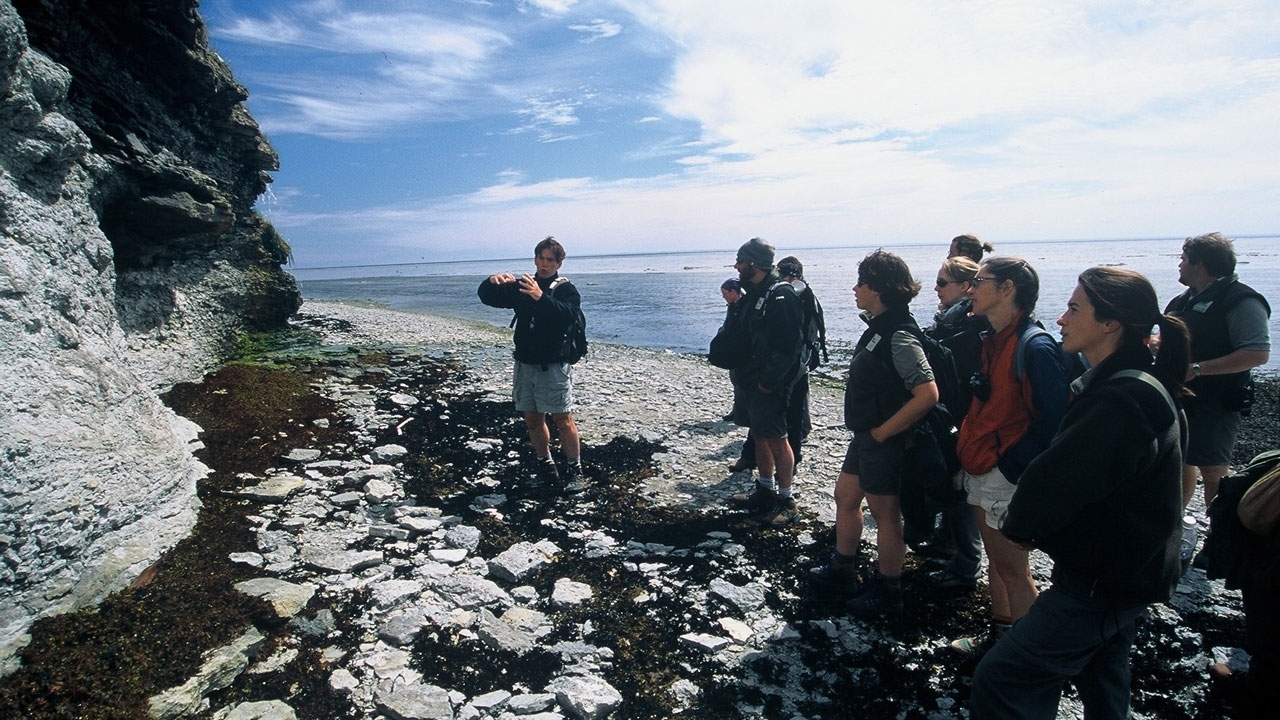 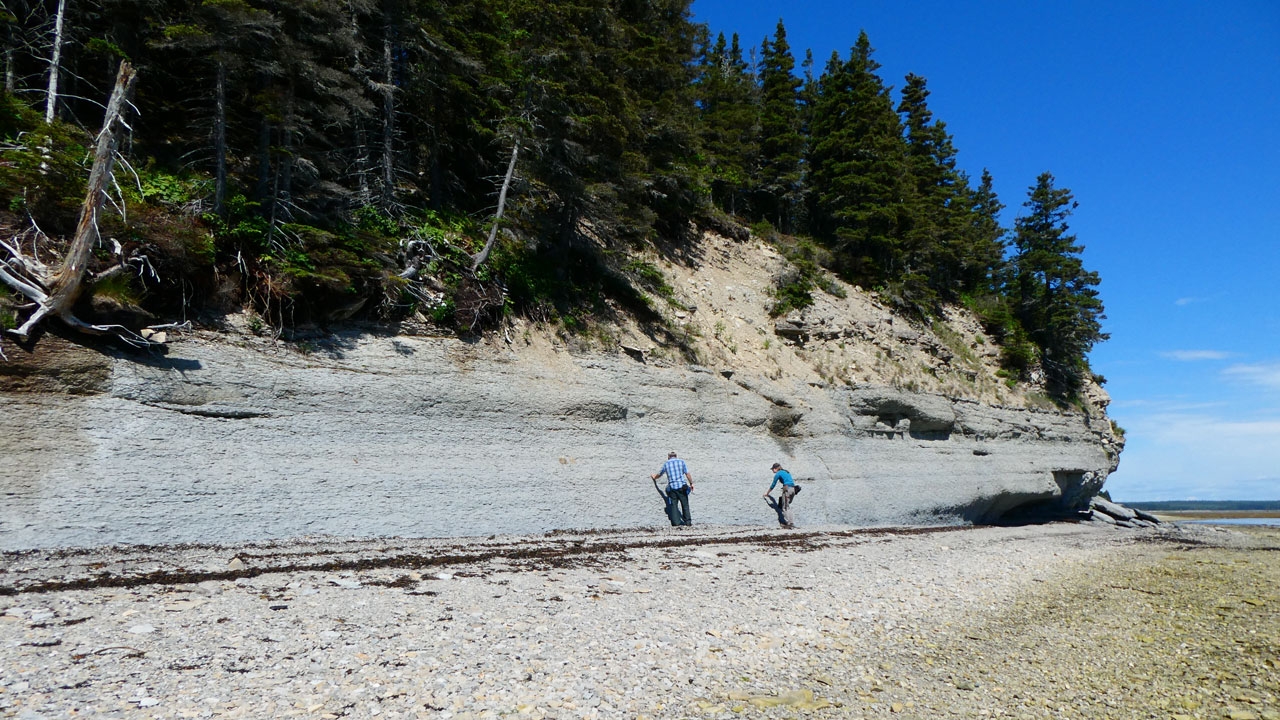 For decades, scientists have conducted research centered around the five major mass extinctions that have shaped the world we live in. The extinctions date back more than 450 million years with the Late Ordovician Mass Extinction to the deadliest extinction, the Late Permian extinction 250 million years ago that wiped out over 90 percent of species.

Over the years, scientists have figured out the main causes of the mass extinctions, which include massive volcanic eruptions, global warming, asteroid collisions, and acidic oceans as likely culprits. Other factors sure to play a part include methane eruptions and marine anoxic events – when oceans lose life-supporting oxygen.

Now a team of researchers, including Maya Elrick at The University of New Mexico, Elrick’s former master’s student Rick Bartlett, now earning his doctorate at Louisiana State University, James Wheeley from the University of Birmingham (England) and the University of Ottawa’s Andre Desrochers, have deciphered geochemical evidence left behind in marine limestone sediment that suggests this extinction was caused by a period of global cooling that created a global marine anoxic event.

“So far each of them has widespread anoxia associated with them, so we are finding that low seawater oxygen concentrations are a major killer.” – Professor Maya Elrick

The research, “Abrupt global-ocean anoxia during Late Ordovician-early Silurian detected using uranium isotopes of marine carbonates,” was published today in Proceedings of the National Academy of Sciences (PNAS). It was supported, in part, through a three-year, $680,000 National Science Foundation grant.

“This extinction is the first of the ‘big five’ extinctions that hit the Earth and our research indicates that it was coincident with the abrupt development of widespread ocean anoxia that lasted for at least 1 million years,” said Elrick.

Working with an international crew, Elrick and her team traveled to Anticosti Island in the St. Lawrence seaway of Quebec, Canada where they collected limestone rock samples. The returned samples were analyzed for uranium isotopes using a mass spectrometer housed in the UNM Department of Earth and Planetary Sciences. Results from the study indicate that abrupt and widespread marine anoxia occurred at the same time 85 percent of marine life went extinct.

“These results provided the first evidence for abrupt global ocean anoxia initiating and continuing through peak and waning glacial conditions,” Elrick said. “We suggest that the anoxia was driven by global cooling which reorganized large-scale ocean circulation and led to decreased deep-ocean oxygenation and, enhanced nutrient fluxes, which caused phytoplankton blooms and expanded the areas of low oxygen concentrations. These results also provide the first evidence for widespread ocean anoxia initiating and continuing during glacial conditions.”

“Anticosti Island is the best natural laboratory in the World for studying fossils and sedimentary strata dating from the first mass extinction nearly 445 million years ago,” said Desrochers. “The island is now awaiting recognition at the UNESCO World Heritage program because of its exceptional geology and paleontology.”

“So far each of them has widespread anoxia associated with them, so we are finding that low seawater oxygen concentrations are a major killer,” Elrick said

These results for the past ‘big five’ mass extinctions have implications for the modern extinction our planet is presently experiencing.

“We are warming and acidifying the oceans today and warmer oceans hold less and less oxygen. Some marine organisms can handle the heat and the acidity, but not the lack of oxygen” Elrick said. “All these things are happening today and the results from the Late Ordovician study indicate the potential severity of marine anoxia as an extinction driver for many of the past and ongoing biologic extinction events.”