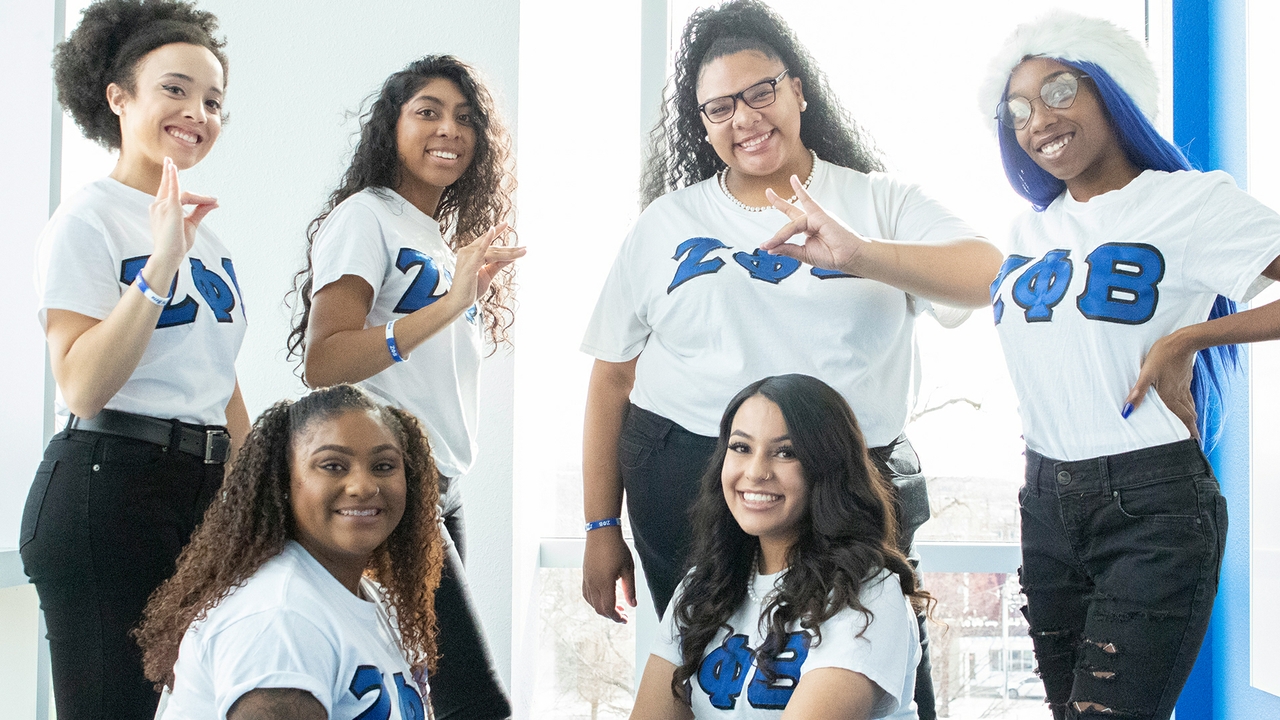 The "U" in front of Hodgin Hall and Popejoy Hall will be lit in blue Thursday evening in honor of the national centennial of the Zeta Phi Beta Sorority, Inc. The sorority was brought to the University of New Mexico April 19, 2010, as the Nu Tau Chapter, said sorority member Dannelle Kirven, who graduated in the fall and has served as the chapter’s president, vice president, treasurer, and social media coordinator. She is currently a professional support intern for the African American Student Services.

Zeta Phi Beta Sorority, Inc. was founded Jan. 16, 1920, at Howard University in Washington, D.C., when the Ku Klux Klan was very active and the Harlem Renaissance was acknowledged as the first important movement of Black artists and writers in the U.S., according to the sorority’s website.

The mission of the organization is to foster the ideas of service, charity, scholarship, civil and cultural endeavors, sisterhood and finer womanhood, Kirven said, adding that the founders believed that sorority elitism and socializing overshadowed the real mission for progressive organizations and failed to address fully the societal mores, ills, prejudices, and poverty affecting humanity in general and the black community in particular.

“They envisioned a sorority which would directly affect positive change, chart a course of action for the 1920s and beyond, raise consciousness of their people, encourage the highest standards of scholastic achievement, and foster a greater sense of unity among its members,” Kirven said.

“To me, Zeta Phi Beta Sorority means home, an organization I had the privilege to pursue and join with the opportunity to turn my weaknesses into strengths. This organization has brought me genuine sisterhood and encouragement to excel in all things I undertake to accomplish,” Kirven said.

The centennial will be celebrated internationally. Chapters around the world will honor the founders, serve their communities, and celebrate with fellow sisters and brothers at luncheons, galas, and other events. The biggest event will be this week at Howard University.