Nathaniel "Nate" Gutierrez was given the opportunity recently to travel to Austin, Texas with a few start-up companies in Albuquerque, giving him the chance to show others what can be offered in the Land of Enchantment. Gutierrez, a student at The University of New Mexico, said that he went to Austin along with Albuquerque’s mayor, Richard Berry, to participate in the annual SXSW event.

“The mayor’s done a lot to help cultivate a start-up community here and he supports all of the accelerators,” Gutierrez said.

Gutierrez’s main interest is projector-mapping which is used to turn 3-D objects into a display surface for video projecting. During SXSW, he produced a projector mapping show for the Albuquerque Showcase, which was located in a co-op space in the heart of downtown Austin.

As part of the showcase, local start-ups answered questions about why Albuquerque is a unique and great place for technology-based businesses and start-ups to move. Berry, along with the other start-up companies, asked Gutierrez to turn the regular co-op space into a party environment with interactive visuals that would showcase the emerging technology that he is developing here at UNM. 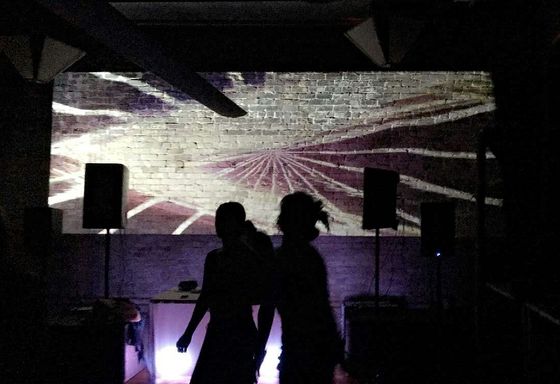 During SXSW, Nate Gutierrez produced a projector mapping show for the Albuquerque Showcase,
which was located in a co-op space in the heart of downtown Austin.

He was able to go with various start-up companies like ABQ ID, Meow Wolf, and Concept Flux.

“We wanted to make Albuquerque have a big presence because we consider ourselves a startup city,” Gutierrez said.

Gutierrez says that one of the main focuses during SXSW was an app called Bounce Chat, a geo-fencing sharing app which allows users to share posts, tag their location, and conduct group chats.

Gutierrez is also a part of a music collective called NothngForevr, where he produces visual shows and animations for the group’s live performances.

“Working with these guys has given me a lot of experience and really driven my passion of creating visual shows,” he said, “NothngForevr is what inspired me to get into this. Joining up with this artist collective was probably one of the coolest things I’ve ever done because it helped me realize what I want to do for a living and it’s helped really cultivate a career for me.”

NothngForevr has a bi-monthly residency at Sister Bar in Downtown Albuquerque, where Gutierrez produces different visual shows for each performance.

Gutierrez is also a student employee at the UNM ARTS Lab and the University Communication and Marketing (UCAM) office.