What would it feel like to become a millionaire almost overnight? Ask UNM innovationAcademy student, Clay Space, who (kind of) did it!

At the end of April, Space raised a little over $1 million in less than 48 hours to fund his company, Back to Earth Productions. 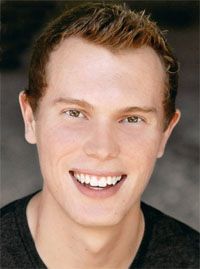 The campaign was innovative and unique, as Space pioneered a fresh approach to the traditional crowdfunding model that is a cross between an IndieGoGo-type campaign and an Initial Coin Offering, the cryptocurrency version of crowdfunding.

Kevin Schulmeister, co-founder of ShadMeister Productions said, “This could revolutionize the way that films pursue money in the future. A media project funded with cryptocurrency is still very unique, and I think we’ll begin to see a shift towards alternative forms of crowdfunding after this.”

Back to Earth Productions, which Space describes as a multi-platform storytelling project designed to entertain and engage its audience through film, graphic novels, an alternate reality game (ARG), blog, mobile apps, and other media, will produce Interactive Fiction, also known as Transmedia Storytelling.

This genre is characterized by the integration of ARGs, short stories, web series, mobile apps, feature films, graphic novels, and other entertainment vehicles available at the time. Notable Transmedia Projects include Why So Serious, Year Zero, and ILove Bees.

“The goal of Back to Earth is to entertain a wide audience and to introduce crypto to new people,” said Space. “We believe this project has a little something for everyone because you can enjoy a piece of it, like the web series or mobile game, or become fully engaged in the community on telegram, in the ARG, and with the mobile app.”

The first elements of the story will be told in a graphic novel, which is slated for release in early May.

Back to Earth is the first Transmedia Project to incorporate its own crypto token, Starcredits (SRC), which operates on the Ethereum blockchain. SRC will be used to increase engagement in the ARG and mobile app and allow the audience to influence the story.

A UNM sophomore, Space has been involved in innovationAcademy, a UNM program that encourages student entrepreneurs to pursue their business ideas and their degree at the same time.

“Clay has a vision and were excited to play some small part in helping him achieve it” said Rob DelCampo, executive director of the innovationAcademy at UNM. “We hope this is the first of many successful launches of student companies, with our new facility coming on line in August we should see more stories like this in the near future.”

Space will be taking his blockchain technology global, as one of the winners of innovationAcademy’s Pitch Competition this spring, he won a trip to the European Innovation Academy in Turin, Italy. The EIA program is a three-week intensive where Space will be able to work alongside other students, mentors, and entrepreneurial experts from around the world.

DelCampo is excited that UNM’s most innovative students will represent iA in Italy this summer.

“This is a great opportunity for our students to explore markets outside the state of New Mexico," he said. "Growing the economy in New Mexico means being part of a global economic infrastructure.”