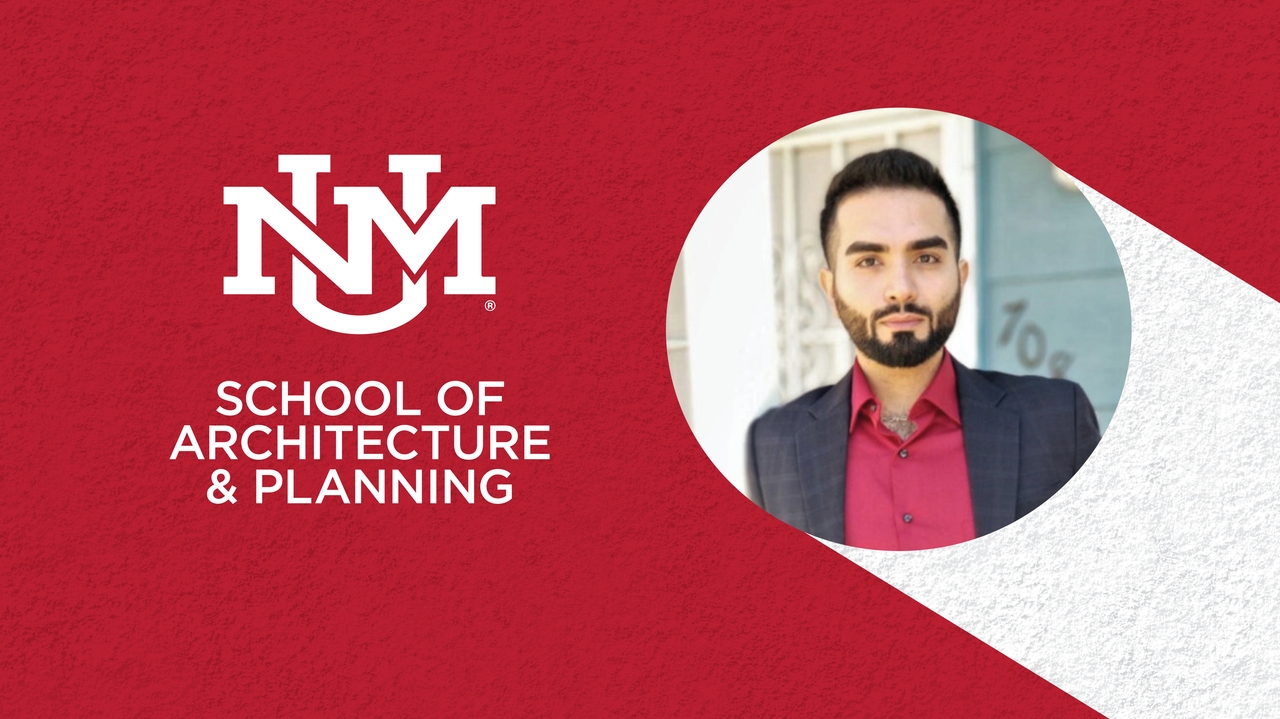 A UNM School of Architecture and Planning (SA&P) student’s assessment of work environments and public spaces led him to be listed among an elite group of 2019 CRIT Scholars.

The award is given annually by the prestigious American Institute of Architecture Students (AIAS). Hirbod Norouzianpour was chosen based on research he did at UNM under the direction of SA&P Associate Dean of Research Mark Childs and Professor Michaele Pride.

He was one of only six students chosen from an extensive national pool and joins the ranks of other scholars from Carnegie Mellon University, Columbia University and University of Colorado-Boulder, among others. The award supports student research and provides opportunities for them to receive guidance in their research from a professional advisor. Awardees will also receive financial support and the chance to present and publish their research.

“In our field, it’s a very prestigious award for student research,” Norouzianpour said.

Example of green space in the workplace

In 2017, Norouzianpour earned both his Masters of Architecture and Masters of Science in Architecture with a concentration in public health and built environment at UNM. His thesis examined stress in office buildings and how to mitigate it using design.

“I looked at ways to we can use the environment to help employees feel less stressed during working hours, using three main elements: natural elements, isolation and arrangement of space,” Norouzianpour said.

He’s using that research as a foundation to scrutinize public spaces and how people are impacted by design in open spaces, like plazas. Here in New Mexico, he says plazas and open spaces are unsuccessful because they don’t engages the public. Other cities, like Boston and Chicago, have more engaging and successful public spaces that he is travelling to asses and encompass as a comparison into his research.

The CRIT award money will fund his research, and eventually publish it. The award also involves connecting students with industry leaders as mentors. The mentor assigned to Norouzianpour is from HOK, a worldwide design, architecture, engineering and urban planning firm.

“Eventually, I’ll be able to present my research at their annual conference either this fall or spring. And I’ll also be able to present to HKS, the architect firm,” Norouzianpour said. “It’s cool because I’m presenting to academia, and also to the professionals. It really shows the time investment they’ve made in me.”

Norouzianpour hopes to pursue his Ph.D. and possibly take his research even further.

“It’s been a great experience to be able to understand how professionals in the field do they’re research, and I’m excited to put it into practice,” he concluded.