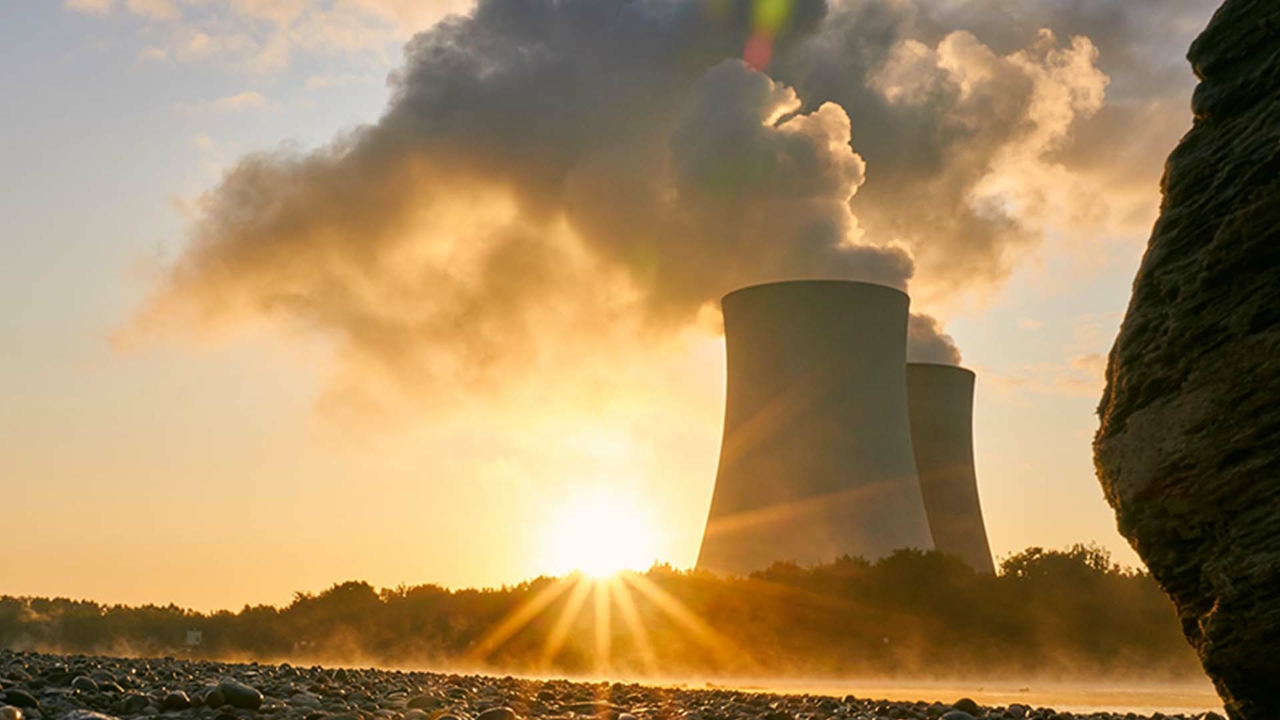 Researchers all over the world are pursuing methods to develop clean, green, and renewable energy resources to reduce human impact on the planet. This includes research dedicated to building new, technologically advanced, nuclear reactors to support the production of clean energy.

The U.S. Department of Energy’s nuclear Versatile Test Reactor (VTR) was conceived with these technological advances in mind. Khaled Talaat, Ph.D. candidate in The University of New Mexico’s Nuclear Engineering Department, is one of the researchers on the VTR project.

As a researcher on the VTR project, Talaat’s dissertation, Computational Methods, Investigations, and Codes to Support Corrosion Experiments in Molten Lead and Transfer to Reactor Conditions, focuses on using computational models to identify materials that can stand up to the highly corrosive effect of flowing molten lead when used as a coolant in nuclear reactors. Coolants are essential to the operation of nuclear reactors. They capture the heat generated in the core of the reactor and convey it to generators which then produce electricity. Coolants are also essential to keep the temperatures in the core within a suitable range to support long-term operation of a reactor.

Currently, water is the most common coolant used in nuclear reactors. However, there are downsides to using water as a coolant. Researchers, including Talaat, are studying molten lead as a replacement for water.

Molten lead is considered a desirable replacement because unlike water it does not slow down neutrons in the reactor’s core. This allows the reactor to operate in the “fast spectrum” which has the benefit of producing more plutonium while creating less long-lived radioactive waste by-products. In addition, lead has an extremely high boiling point, 3,180 degrees Fahrenheit, when compared with water which boils at 212 degrees Fahrenheit. This means lead-cooled reactors can operate at atmospheric pressure without the use of the extremely expensive pressurized vessels that water-cooled reactors require.

Talaat further qualifies that there are very few companies in the world that manufacture these very specialized pressurized vessels and he cannot recall any in the United States. The elimination of pressurized vessels means large cost reductions and lower cost points for building new reactors with lead coolant systems.

Unfortunately, lead also has a downside. According to Talaat, the main challenge of molten lead is that it corrodes the cladding, or coating, of the materials that make up the structure of the reactor. Currently, this corrosion issue is a major deterrent to the use of lead as a coolant. If lead were to continuously corrode the cladding, it would necessitate the frequent replacement of the fuel in addition to reducing the lifetime of the core.

To rectify this downside, Talaat designed containers to hold specimens of different structural materials to test the corrosive effects of flowing molten lead on the structural materials. The specimens were subjected to flowing molten lead over different periods of time at temperatures of 500-550 degrees Celsius (932-1022 degrees Fahrenheit) at a velocity reaching three meters per second (m/s).

This was the first time experiments with molten lead were conducted under these conditions. Prior studies on flowing molten lead conducted in Europe and Japan utilized lower flow velocities than the velocities found in actual reactors. However, the experiments in Talaat’s dissertation were conducted using the “Lobos Lead Loop” belonging to UNM’s Department of Nuclear Engineering. According to Talaat, the Loop, which was originally donated from Los Alamos National Laboratory (LANL), is the only structure in the United States that is capable of testing actual flowing molten lead. Utilizing Talaat’s specimen holders in the Loop, UNM researchers were able to study the structural specimen’s reaction to molten lead under actual reactor flow velocities.

Talaat’s research relied on computational simulation systems to achieve the desired high-velocity flow of the molten lead. To do these simulations, he turned to UNM’s Center for Advanced Research Computing (CARC). He also relied on CARC to run the simulations needed for his specimen holder component design and to understand the mass transfer of heat and neutrons through the reactor. He used CARC to verify that his computational simulations of flow velocity conditions were clearly described and documented.

One of his goals throughout his research was to ensure his experiments would be reproducible and to allow for clear interpretation of the data by other researchers. His design of the specimen holders and the flow conditions under which they were tested are described in his paper recently published in Nuclear Engineering and Design entitled Design of specimen holders for flow accelerated corrosion experiments in molten lead with numerical evaluation of pressure losses.

Another outcome of Talaat’s dissertation work and his utilization of CARC is Anubis. Anubis is a complex data transfer interface code he wrote for nuclear energy research applications and is available as open-source code on Github. Anubis is the only platform that couples LANL’s industry-standard MCNP6 neutron/photon/electron transport code with computational fluid dynamics (CFD) codes such as OpenFOAM and STAR-CCM+.

“I think Anubis is an important part of the project because what we do in the Loop really is not reactor conditions. We're looking at different temperatures and losses but that's not exactly what you'll get in the reactor. In the reactor, you have a distribution, velocity, and temperatures. With Anubis we're able to estimate these by coupling the neutronics with CFD,” Talaat said.

He named the code as a nod to his Egyptian heritage. In Egyptian mythology, Anubis is half dog and half-human, a hybrid, as is the Anubis code which couples neutronics and CFD. More detailed information about Anubis and other software developed by Talaat is available on his website.

Talaat successfully defended his dissertation with Distinction in March 2022. He will graduate in the Fall and has several job opportunities in mind.