The University of New Mexico Institute for Social Research conducted a study for the City of Albuquerque on the cost and benefits of housing the homeless in the city. Results of the Albuquerque Heading Home Initiative reveal that it is cost effective to house the homeless.

In a press conference touting the success of Albuquerque Heading Home, Mayor Richard Berry noted that the costs of homelessness are both fiscal and in human suffering that impacts the entire community. He credited UNM and Paul Guerin, ISR researcher, for providing clear evidence that housing the homeless does save money. “In three years, we have now housed 312 of the chronically homeless and most vulnerable in our community…The research shows that we save $3.2 million by housing the homeless,” Berry said.

Guerin, a senior research scientist III, has worked at ISR since 1992 and teaches part time in sociology. “The study focused on a cost analysis that compared a variety of different services for one year before the study group members entered the Heading Home Initiative to the cost after they had been in the program for a similar time frame,” he said.

In preparing for the study, the researchers looked broadly at homelessness. National data shows that in a single night in January 2012, more than 633,000 people were experiencing homelessness in the United States. The estimate for those who are chronically homeless is 200,000 – and they have health and behavioral health problems. At least 40 percent have substance abuse issues, with 25 percent having a physical disability and 20 percent having serious mental illnesses.

The report notes, “Albuquerque spends $20 million annually to provide homeless services to individuals and families.” Research shows that supportive housing for the chronically homeless produce positive and cost-effective outcomes for the individual experiencing homelessness as well as the community.

Homeless people tend to be high users of community services, such as emergency rooms and inpatient and outpatient treatment services. Within communities, criminal justice systems are also impacted by homelessness. Housing the homeless reduces the burden on the jail. Many homeless who are picked up are arrested for minor violations, such as shoplifting, public urination, disorderly conduct or drug/alcohol use, Guerin said “this is not cost effective. People who should be in jail are those we are afraid of – kidnappers, murderers, robbers and drug traffickers. We should put people in jail that we’re afraid of, not those we are angry at,” he said.

They also use more acute care for preventable conditions made worse by homelessness. 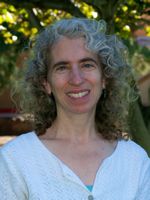 ISR had access to data not previously explored in similar national studies on the homeless that looked exclusively at health care costs. In Albuquerque, they had hospital data, including University, Lovelace and Presbyterian hospitals regarding behavioral inpatient/outpatient, emergency rooms and medical reports; but they also had jail data, arrest data, ambulance and Albuquerque Fire Department rescue data and shelters.

The New Mexico Coalition to End Homelessness and the City of Albuquerque conduct a “point in time” count of the homeless every two years and locally tries to enroll the most vulnerable in the Albuquerque Heading Home Initiative. “They send out volunteers to find where they are sheltering – indoors and outdoors – and they visit meal sites,” he said.

The City and Coalition used the Vulnerability Index Survey, a national tool for identifying medically fragile homeless persons then prioritizing them for housing and services based on their health status. It provides information about the length of time on the street, homelessness in the past three years, health status, substance abuse history, mental health, insurance, veterans status, gender, race/ethnicity, citizenship and education.

“The primary purpose of the Heading Home Initiative is to expand treatment and support services to a minimum of Albuquerque’s 75 most vulnerable, chronically homeless people who are struggling with substance use and corollary disorders,” Guerin said. 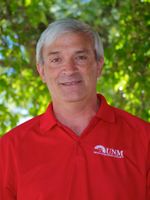 Approximately 95 clients met the criteria of being in the program for 365 days or more. At the time of recruitment about 103 active clients had been in the program less than 365 days and were therefore ineligible. In time for the preliminary study the ISR was able to enroll 48 study group members and so cost information represents these clients.

The results of the study demonstrate that one-year after being housed, study group member costs were $615,920.49 or 31.6 percent less than costs incurred the previous year they were not in the program. This amounted to an average savings of $12,831.68 per homeless individual in the study.

Guerin said they plan to conduct follow up interviews and expand the number in the sample. He and UNM Economics Professor Brady Horn plan to publish the study in an academic journal toward year’s end.

Melissa Binder, director, ISR, said that the savings aren’t just monetary. “There is a total social benefit. A small financial savings is still a large social savings. Just looking at the money doesn’t give you a complete picture for society.”