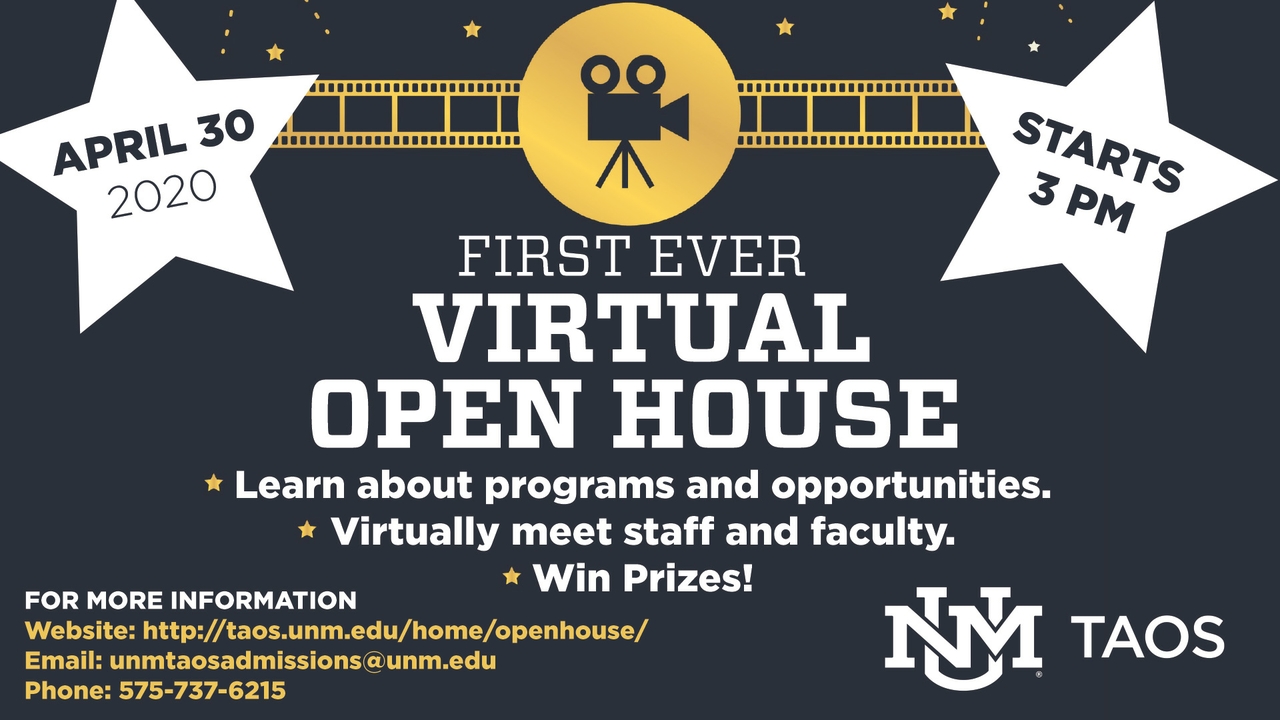 The University of New Mexico’s Taos Branch campus is leading the Pack as it unveils a virtual Open House tour for potential students narrowing down their choices for the fall.

“We’re using this time as an opportunity to be creative and innovative in the ways we’re having to deliver content to potential and current students.”  - Anita Bringas, UNM Taos 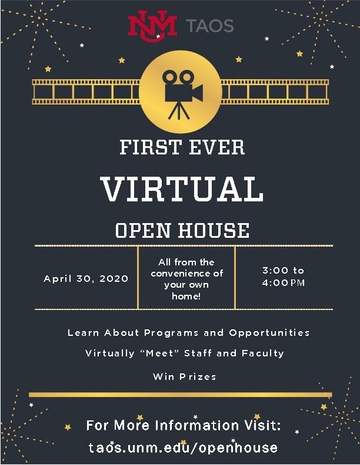 “The idea is to get the word out that we’re still here and we’re in this together,” said Patricia Gonzales, UNM Taos Student Affairs Director. “I think this is an opportunity to grab the attention of students whose plans are to leave in the fall; rethink their decision and consider UNM Taos.”

The Taos campus campaign has always been ‘Stay local. Think global. Go Lobos,’ but as the University and its branch campuses shifted to a period of limited operations to adhere to state guidelines, Strategic Support Manager Anita Bringas said they had to broaden their way of thinking.

“It’s now, ‘Start local. Think global. Go Lobos,’ she said. “We’re using this time as an opportunity to be creative and innovative in the way we’re having to deliver content to potential and current students.”

Bringas said the changes they're making to accommodate the needs of students will only give the campus an advantage in the future.

UNM Taos typically hosts an Open House every year in April, but this year large, in-person gatherings are not an option. Now, students will have the opportunity to learn about programs and meet staff and faculty during a virtual 1-hour Open House. The Zoom tour will be live and begin with a 30-minute kick-off session where students will get a sneak peek inside the campus, receive an introduction about Student Support Services and hear from Chancellor Patrick Valdez.

“I think the most important thing is to give students the resources and enough information in a short amount of time without overwhelming them,” Admissions Officer Bayley Byers said. “This transformation has broadened our audience in a way to include those who can't attend our open house even if we were having it in person.”

The second-half hour will include individualized breakout sessions, where students can participate in different zoom meetings with specific degree programs they’re interested in pursuing.

“The breakout sessions will be an opportunity for students to engage and participate with each other. I think it’s the most valuable piece of the open house,” Byers said. “The chance to meet other students who may be interested in their certain degree area is important, so when they start classes in the fall they will feel like they already know their classmates.”

UNM Taos will also uploade some of the informational videos so potential students can re-visit following the Open House.