"We are so grateful to the New Mexico Film Office’s Giveback Program for providing these valuable funds for our Digital Media Arts (DMA) program. These funds directly benefit students' workforce-preparedness experiences at UNM-Taos,” said Randi Archuleta, UNM-Taos dean of instruction. “With all the restrictions that the pandemic has dictated, one area that has really been spotlighted here is the resilience of our DMA program and the innovative way it has responded to the needs of our students." 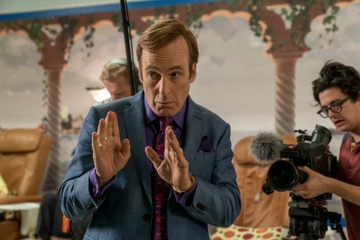 The funds come from television production “Better Call Saul” as part of the state’s film incentive program. The purpose of the program is to strengthen New Mexico’s film schools and related fields, thereby supporting growth of the film industry workforce in New Mexico. Funds can be utilized to purchase equipment, software and supplies. The money can also be directed toward student scholarship programs and other student opportunities.

“The ‘Breaking Bad’ and ‘Better Call Saul’ productions have done so much for the New Mexico film industry and their contributions go beyond what most even talk about such as this funding to our Giveback Program," said Amber Dodson, NMFO director. "These financial contributions have a positive and wide-reaching impact and are an important long-term investment to New Mexico’s film industry. Programs like this are key to supporting continued efforts to expand our world-class crew and provide students who attend New Mexico film schools with the equipment they need to receive a quality education."

The DMA program at UNM-Taos has five instructors and more than 100 students.

"These funds that come from productions shot around New Mexico allow us to equip our studio with state-of-the-art gear and help us grow the next generation of media makers,” said Peter Walker, UNM-Taos DMA program coordinator. “Our goal is for our graduates to remain in New Mexico and utilize their skills as they become crew members for the New Mexico film and television industry.”

“Better Call Saul” has been filming in New Mexico since 2015. The production has contributed $177,696 to New Mexico film schools through NMFO’s Giveback Program.