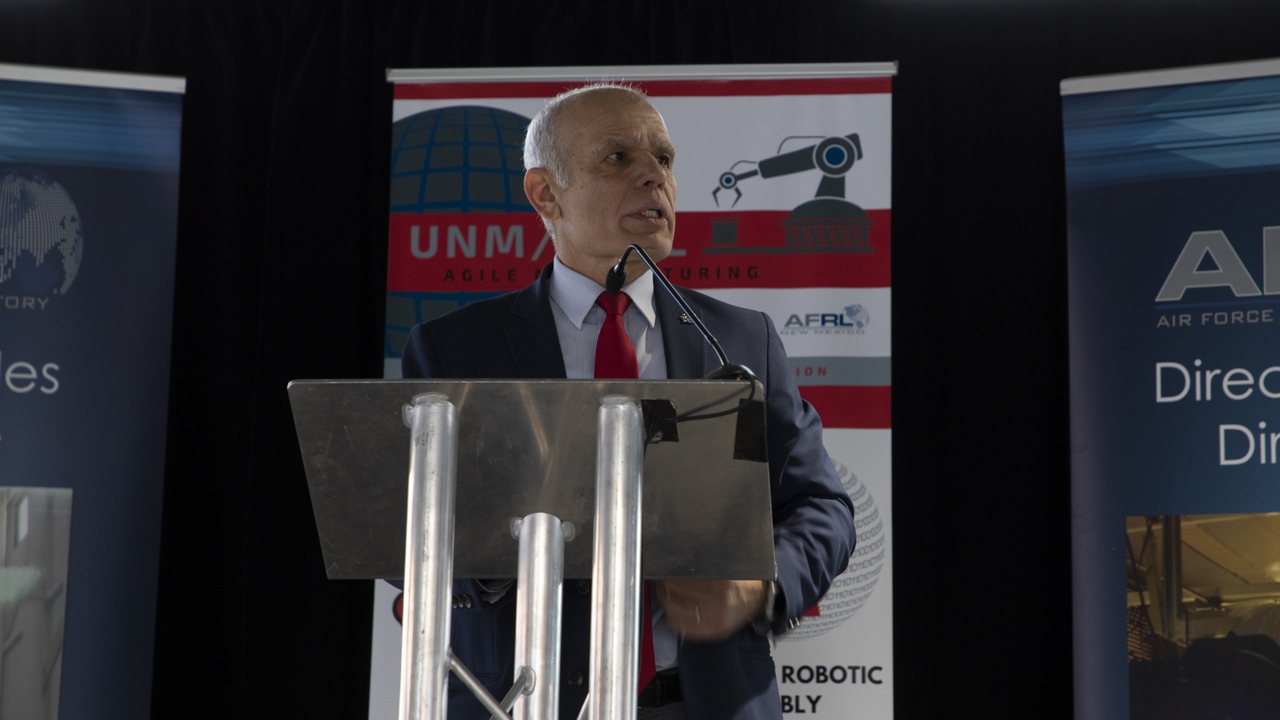 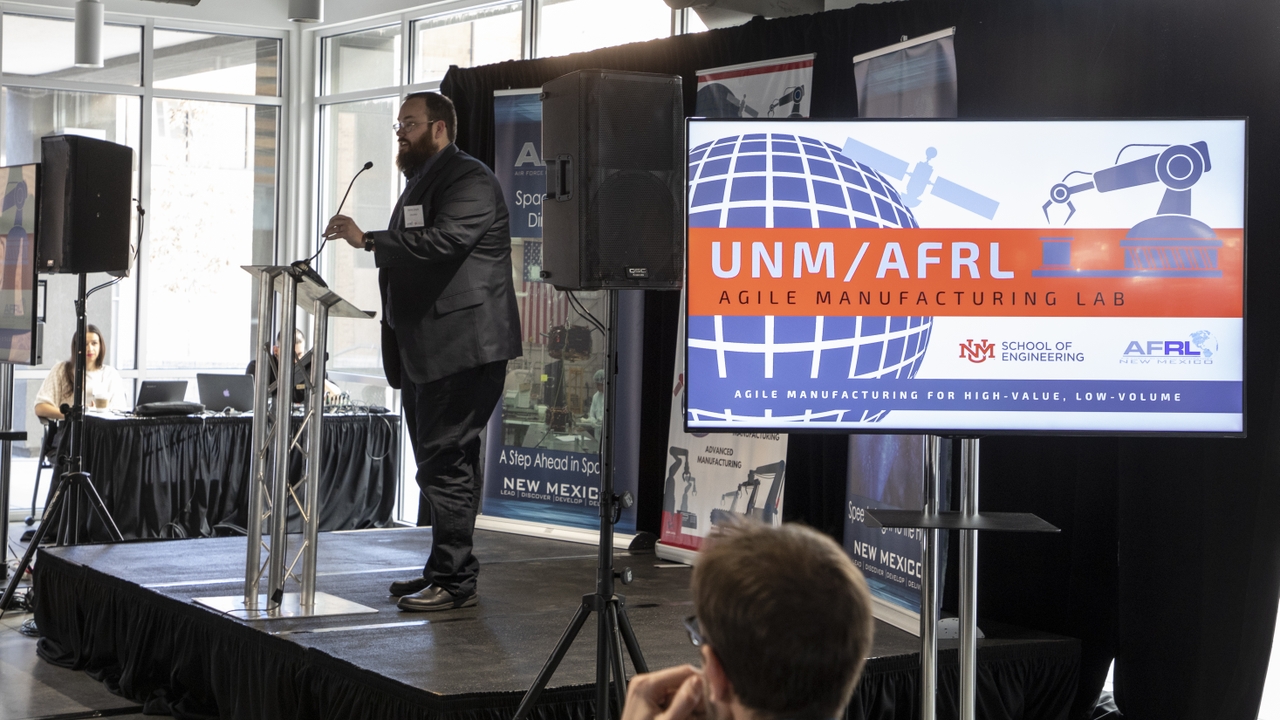 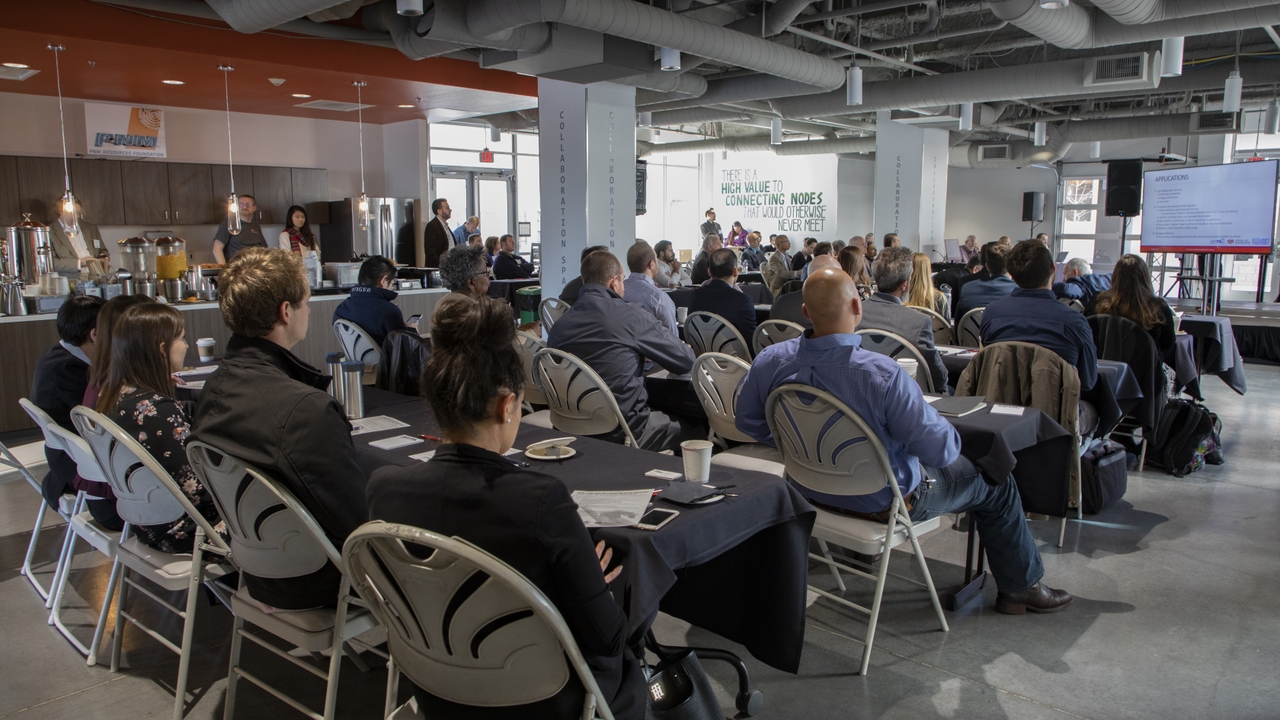 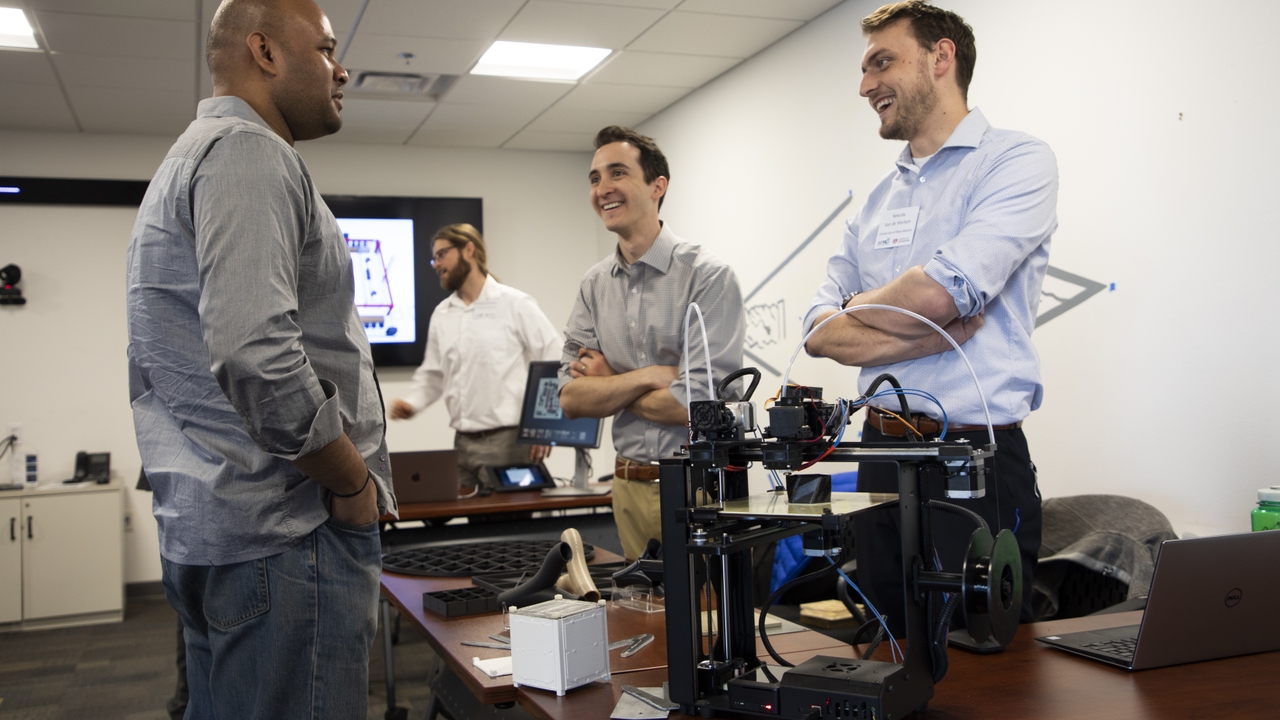 Representatives from a plethora of research industry manufacturers and stake holders took part in the inaugural Agile Manufacturing Center Showcase, hosted by The University of New Mexico (UNM) and the Air Force Research Laboratory (AFRL). 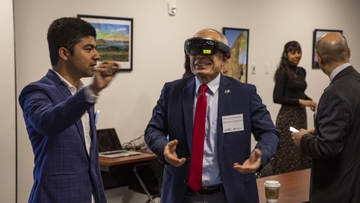 “The goal here is to bring together three components: government, academics and private industry,” said Christos Christodoulou, Jim and Ellen King Dean of Engineering and Computing. “And by bringing those three together, we’re creating a wealth of economic opportunities for Albuquerque and the state of New Mexico.”

The UNM/AFRL Agile Manufacturing Lab is a center of open innovation that aims at enhancing local economic impact while stimulating strategic relationships in agile manufacturing and educational partnerships between the UNM School of Engineering and AFRL. It was established in 2018 using government funding through an agreement with AFRL. 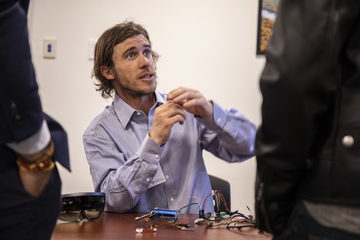 “But that funding not enough to sustain the center and won’t guarantee the transition of the intellectual property that’s developed in the center to industry,” said Robert Peterkin, director of the Albuquerque Operations for General Atomics Electromagnetic Systems.

To create more sustainability and transferability, the center hosted the showcase to give stakeholders a glimpse of the research happening at UNM and AFRL – from multi-material additive manufacturing, to augmented sensing and reality. Organizers then provided event-goers with an online survey to take following the showcase.

Peterkin says the feedback will help direct the center’s efforts to establish processes for identifying intellectual properties and transitioning them to industry. It will also help academics get a better feel for the degree in which industry is interested, when deciding what research to pursue.

“We’re training the future generation. But at the same time, we’re developing technologies that are attracting manufacturing companies to our state,” Christodoulou concluded. “This is the future of manufacturing and this will give us an edge in producing products that we couldn’t have produced otherwise using other technologies.”