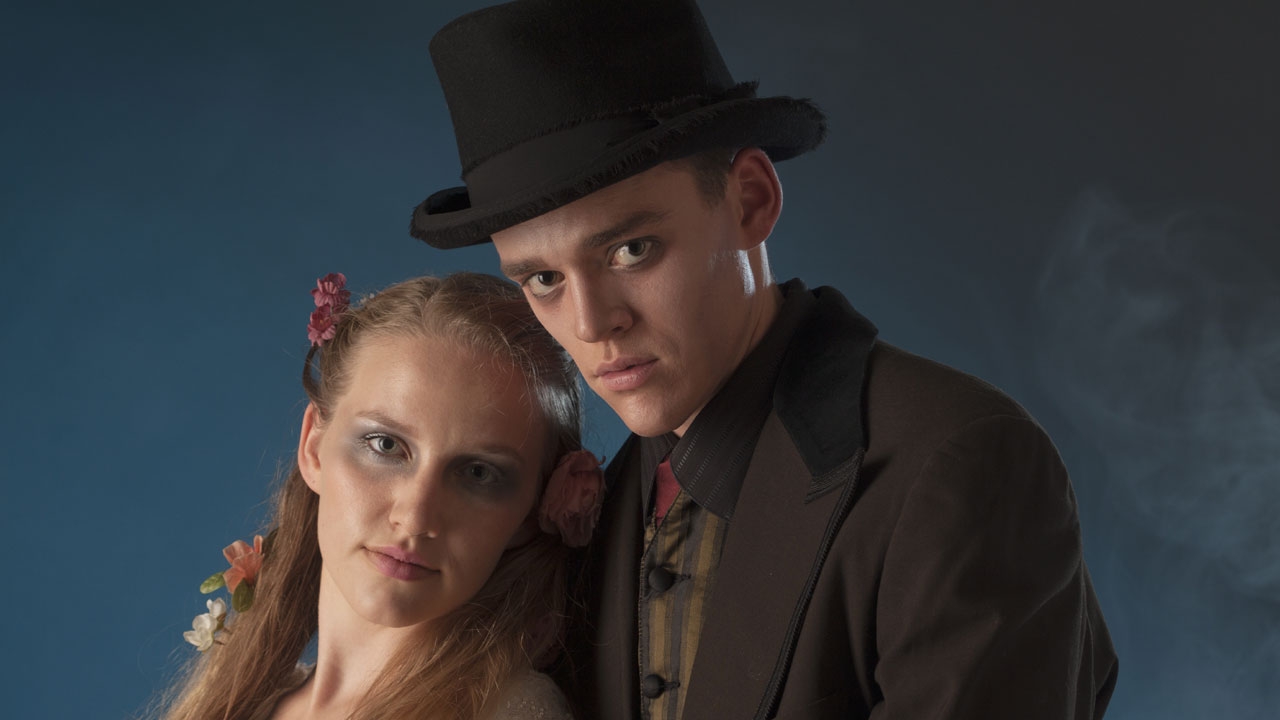 Lookout, Mack the Knife is back in town! UNM’s Department of Theatre and Dance presents The Threepenny Opera, “an opera for beggars,” the groundbreaking musical tale of London’s most notorious criminal, Macheath.

Set in a society obsessed with money, filled with corruption, where evil runs rampant, and all seem immune to the sufferings of the poor, Brecht and Weill’s most famous collaboration, a satire of both traditional opera and the capitalistic Weimar Republic, runs Nov. 10 through 19, in the Experimental Theatre on UNM’s Main Campus. 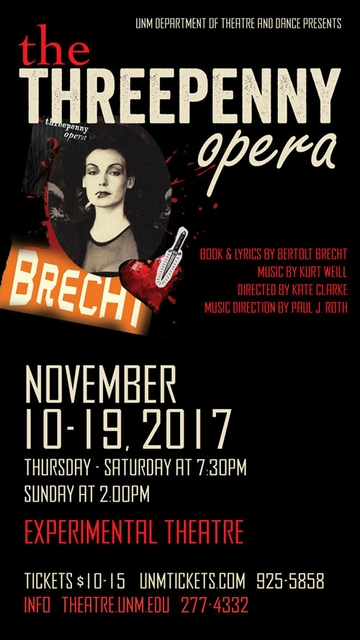 A narrator introduces the work as “An opera for beggars. Conceived with magnificence such as only beggars could imagine, and an economy such as only beggars could afford.” Kurt Weill and Bertolt Brecht adapted The Threepenny Opera from Elisabeth Hauptman’s German translation of John Gay’s The Beggars Opera. This production uses and English translation of the dialog by Robert MacDonald with lyrics by Jeremy Sams. A wild hit when it opened in Berlin in 1928, the biting political satire of the script and German-cabaret influenced score of The Threepenny Opera continue to speak to audiences today.

Jeremiah Peachum is the boss of London’s beggars and demands a cut of all they earn. He is furious when he learns London’s most notorious criminal, Macheath has seduced his daughter, Polly and through bribery and blackmail Macheath is sentenced to hang. Will the Macheath escape?

Assistant Professor Kate Clarke, who joined the faculty of the Department of Theatre and Dance last year, directs the Threepenny Opera. She specializes in acting, voice, and movement techniques.  The jazzy musical score contains some of Brecht and Weill’s most well known songs, including Mack the Knife and Pirate Jenny. Paul J. Roth is the music director and pianist.

Ticket prices are $15 general admission, $12 UNM faculty and seniors, and $10 UNM staff and all students. Tickets are available at the UNM Ticket Offices located at the UNM Bookstore, Central and Cornell, or the Arena (The Pit), University and Avenida Caesar Chavez, and by calling (505) 925-5858.

Tickets may also be purchased online at www.unmtickets.com. More information is available online or by calling 277-4332.