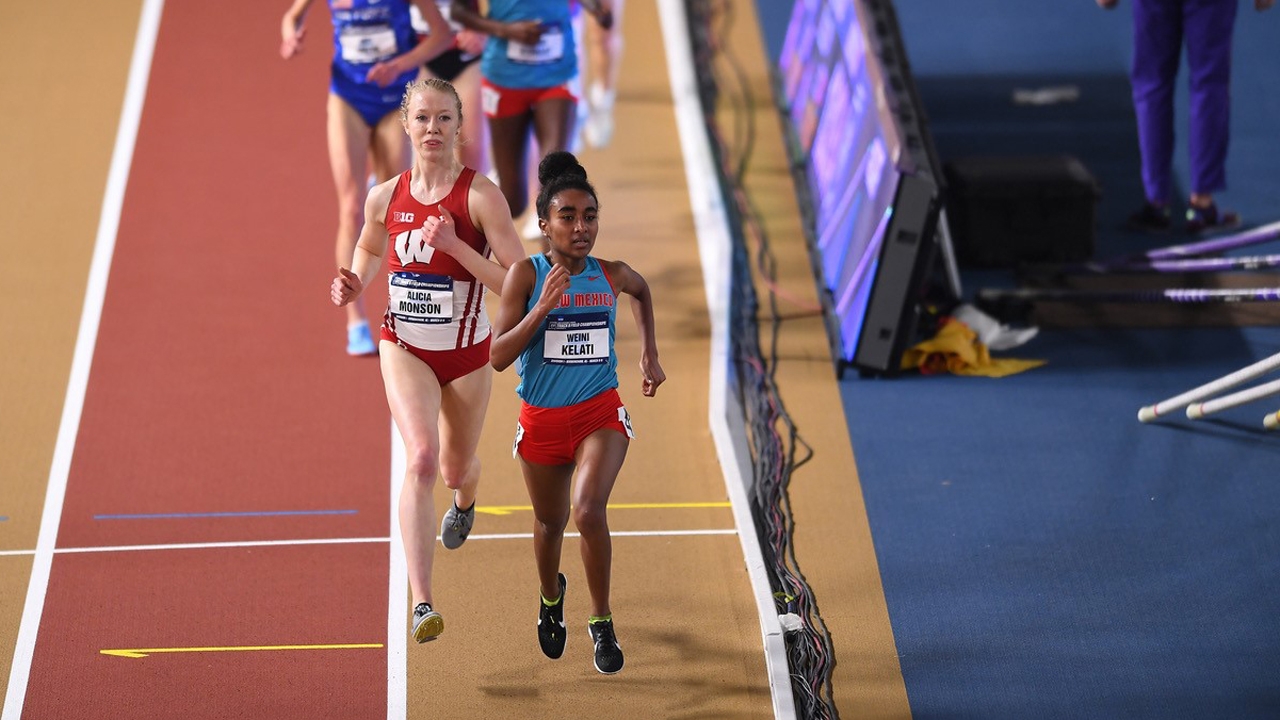 the NCAA championships with the second-fastest time in the 5000-meter. 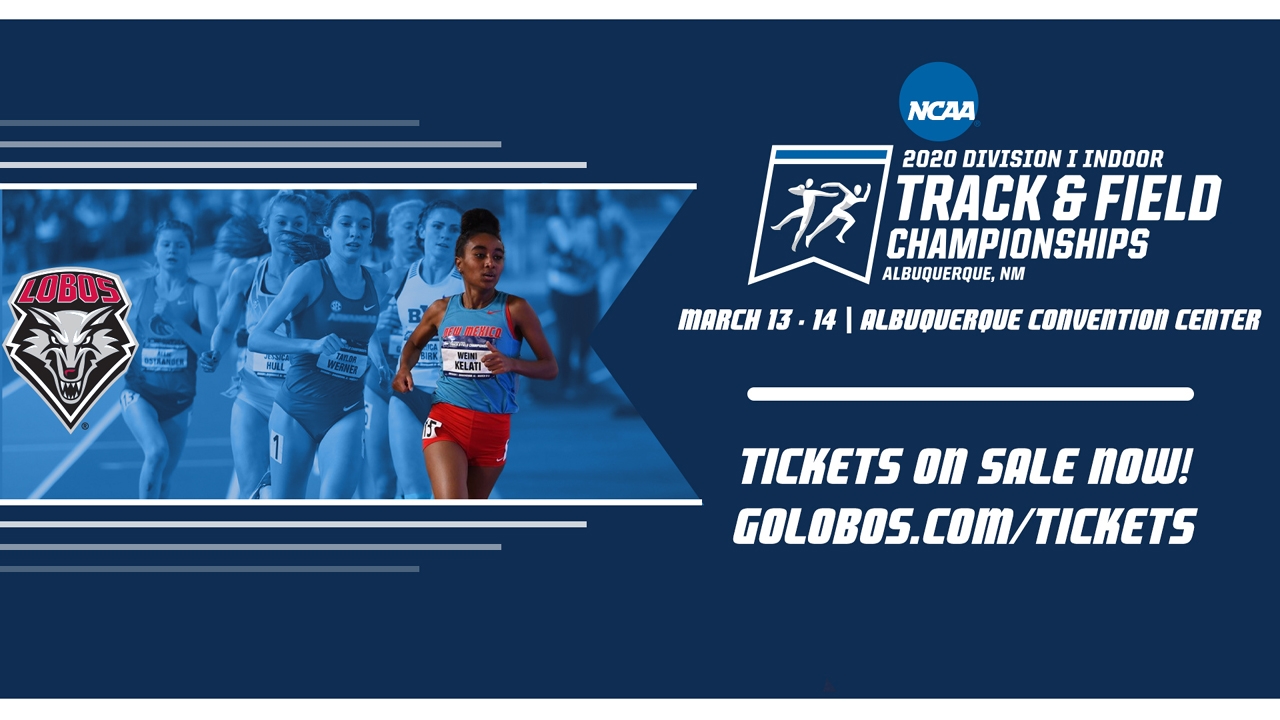 Ahead of the 2020 NCAA Indoor Track and Field Championships, hosted by The University of New Mexico at the Albuquerque Convention Center, junior distance runner Weini Kelati Weini Kelati has been named to the pre-NCAA indoor championships Bowerman Watch List as announced recently.

The 2020 NCAA Division I Indoor Track and Field Championships hosted by The University of New Mexico at the Albuquerque Convention Center on Friday and Saturday, March 13 & 14, has been cancelled.

For those that have purchased tickets in advance to the championship, UNM is working with the NCAA to address how fans will be able to receive refunds and will advise once details are available.

From the last watch list, Kelati is one of eight repeating names, and is one of four women that have maintained their position since the preseason watch list. Of those that have remained on all three lists are Kelati, Katie Izzo from Arkansas, Dani Jones from Colorado and Twanisha Terry from Southern California.

All but one of the 10 entries on the pre-NCAA indoor championship watch list competes in a track event, with one pole vaulter, one hurdler, two sprinters, and six distance and/or mid-distance runners.

Kelati enters the NCAA championships with the second-fastest time in the 5000-meter at 15:14.71 and the third-fastest time in the 3000-meter at 8:54.66. In addition, she anchored UNM's distance medley relay team at the Mountain West Championship, helping the Lobos win their first DMR championship since 2015 and just the second all-time since joining the Mountain West. The DMR group cruised to over a 30 second victory after running 11:02.10 (altitude converted), and in the process, qualified for the NCAA Indoor Championships, the first team to do so since 2018.

In addition, Kelati currently has seven track All-America honors to her name, four from indoor, to go along with three in cross country for a total of 10 overall, with all but one being first team.

Each of the 10 entries to The Bowerman Watch List will be in Albuquerque at the NCAA Indoor Championships March 13-14 with four running in the 3000-meter race, including UNM's Kelati. Alicia Monson (Wisconsin), Whittni Orton (BYU), Izzo (Arkansas) and Kelati will all be running the distance event, with Izzo and Kelati also going toe-to-toe in the 5000-meter.

Izzo and Kelati previously raced against each other in Boston back in December, with Izzo edging out Kelati to record the second-fastest time ever recorded in NCAA history in the 5000-meter. Kelati also has a history of epic races with Monson, including in cross country, with the pair having raced together this season at the Millrose Games in New York City in February and even dating back to last season at the NCAA indoor championship in the 5000-meter, with Monson winning the championship and Kelati finishing runner-up.

Tickets can be purchased for the two-day championship meet at golobos.com/tickets for all session passes or each day.