UNM to recognize three with Honorary Degrees at Spring Commencement

The University of New Mexico will honor three integral and well-recognized members of the campus community at the Spring 2019 Undergraduate Commencement ceremonies on Saturday, May 11 at Dreamstyle Arena. This year's honorees include Mack Chase, Sam Donaldson and Margaret Randall. 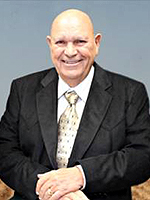 Mack Chase
Born in Texas, Chase moved to Artesia, N.M. when he was young where he attended school. Following graduation from Artesia High School in 1950, he joined the Armed Forces and was stationed in Korea. He returned to Artsia in 1953 and married Marilyn Yvonne Stack later that year. They had three children including Robert, Richard and Gerene, and several grandchildren including Jacey, Chance, Kortney, Derek, Dallas and Delany.

Chase started in the oil and gas industry working with his father Edgar and brother George. In 1968, he purchased a pulling unit and was on his way upward in the oil and gas industry. In 1983 Chase was recognized as “Businessman of the Year” by the Artesia Chamber of Commerce. In 1997 he was Artesia Desk and Derrick’s “Boss of the Year,” and in 2000 his business Mack Energy Corporation was recognized as the Artesia Chamber of Commerce’s “Corporate Business of the Year.” In 2005 Chase was awarded a lifetime achievement award from the Artesia Public Schools for his support and generosity over the years.

In 2006, he formed the Chase Foundation with his late-wife Marilyn as a way to give back to the communities they serve. In 2007, Chase was able to create a program through Artesia High School that helped fund graduating seniors who have been accepted into an accredited college, university or trade school.

The Chase family has committed more than $17.5 million to provide over 1,400 scholarships. The Class of 2019 will be the 13th class eligible to receive the Chase Scholarship. Chase’s goal through the scholarship program is to give students an opportunity to further their education by making college affordable for families in an effort to help grow our future leaders. 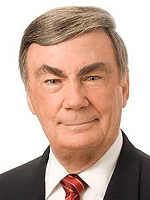 San Donaldson
Sam Donaldson has been a Washington political reporter for more than 50 years, and for the last 44 has served as a correspondent and anchor with ABC News.

Donaldson began covering presidential campaigns in 1964, when he was assigned to Barry Goldwater’s campaign. He was ABC’s Capitol Hill correspondent in the 1960s and served as its White House Correspondent during the administrations of Presidents Carter, Raegan and Clinton. He was a regular participant on the network’s Sunday program “This Week with David Brinkley” and later with Cokie Roberts co-anchored the This Week program. Donaldson also co-anchored the network’s magazine program “Prime Time with Diane Sawyer.”

Donaldson is President of the Wilson Counsel, an arm of the Woodrow Wilson International Center for Scholars, Chairman Emeritus of H. Lee Moffitt Cancer Center Board of Advisors and a member of the Board of the American Academy of Achievement.

Donaldson’s native state is New Mexico where he oversees the management of the family farming and ranching business established by his father in the New Mexico territory in 1910. After graduating from high school at New Mexico Military Institute, he earned his Bachelor’s Degree from Texas Western College in El Paso and served on active duty as an officer in the U.S. Army from 1956-1959. 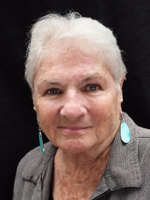 During the 23 years Randall lived in Latin America, she cofounded an coedited the bilingual literary journal El Corno Emplumado/The Plumed Horn. Randall took an active part in the Mexican student movement of 1968 and was forced to flee the country. Randall later lived in Cuba for 11 years and then Nicaragua for many years. Many of her books that she wrote during her times there explores how socialist revolutionary societies intersect or fail to intersect with feminism.

When Randall returned to the United States in 1984, the government ordered her deported because it found some of her writing to be “against the good order and happiness of the United States.” With the support of many writers and others, Randall won her case in 1989. Throughout the late 1980s and early 1990s, she taught at several universities and most often Trinity College in Hartford, Connecticut. Randall also briefly taught at the University of New Mexico and the University of Delaware.

Now Randall lives in Albuquerque with her partner of many years, painter Barbara Byers, and travels widely to read and lecture.