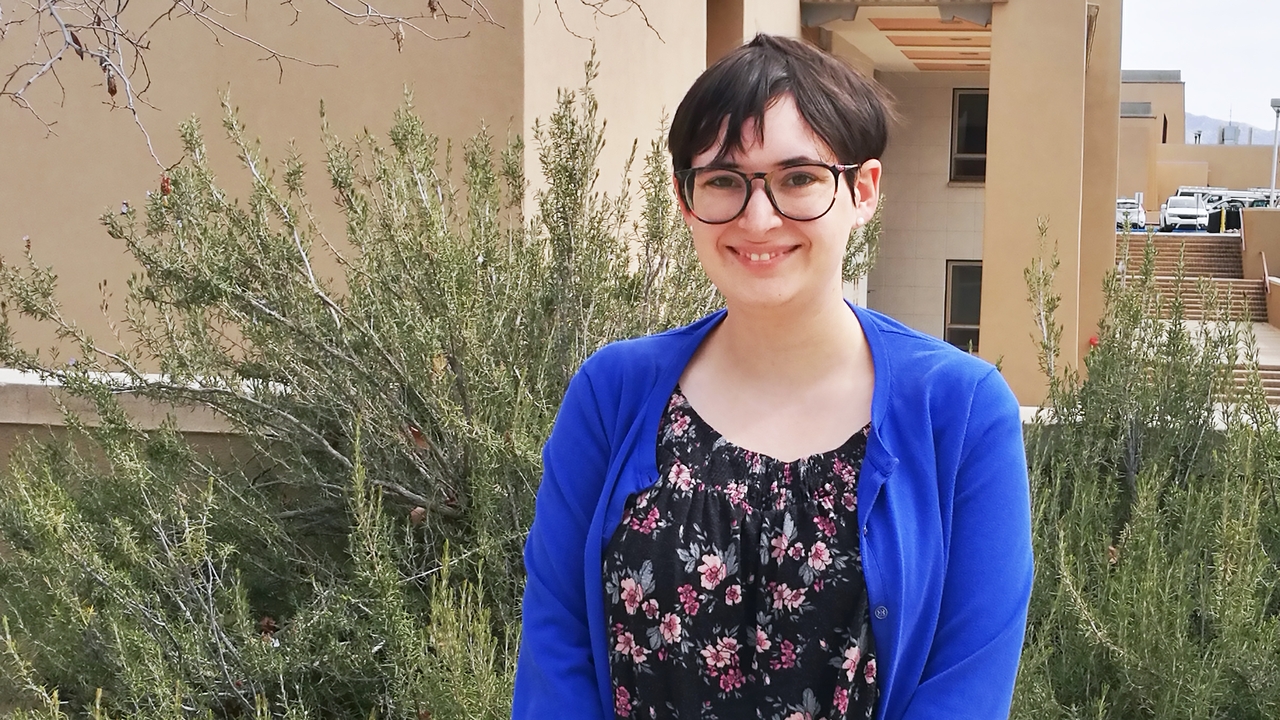 Bibiana Elisabeth Seng, a University of New Mexico senior from Edgewood, N.M. has been selected to present her research at Posters on the Hill, an annual undergraduate poster session on Capitol Hill.

The 23rd Annual Posters on the Hill event will be held in Washington D.C. on April 29-30. Seng is one of 60 presenters selected from over 350 competitive applications. Her poster is titled Comparing extreme wave height estimation techniques for classifying energy resources and conditions.

"Attending Posters on the Hill is incredibly important to me because it not only tells me that there’s a vested interest in statistics research, but also that even as an undergraduate my research can help make a difference,” said Seng. “When I first started at UNM, I didn’t know what I could do as a researcher. Taking more classes at UNM and accepting an internship at Sandia National Laboratories truly opened my eyes to how impactful statistics is; in particular, that statistics can be used to analyze and explain complicated phenomena, but also to understand it and make it accessible to people who may have never thought about those phenomena.”

Seng is pursuing a dual degree in applied mathematics and statistics and is minoring in Honors College interdisciplinary studies. She has been working at Sandia National Labs since the summer of 2016, and has been involved in multiple different research projects focused on extreme wave conditions, physical security of power plants, and uncertainty quantification as a Research and Development (R&D) intern.

Her current work is with a research group in Water Power Technologies on modeling and classifying wave conditions on the U.S. Coastline. Her research mentor from Sandia is Dr. Vincent Neary.

Seng is a member of the Associated Students of New Mexico (ASUNM) Joint Council, representing the Department of Math and Stats, and participated in Professor James Degnan’s Journal Club. She recently won the UNM Leadership and Involvement Award for her participation in both groups.

She plans to pursue a Ph.D. in Statistics in order to conduct research at a national lab on interdisciplinary applications of statistics to tackle topics in national security.

Her mentors at UNM are Professors Chris Holden, Jens Lorenz, and James Degnan.

Professor Holden believes Seng going on to big things in the future and will play role in making this world a better place.

“Bibiana is one of the very finest students I have encountered in 18 years of teaching at the college level. She stands out as a student of mathematics, but not only mathematics. She is very smart, inventive, committed, and just a really great person,” says Holden. “Her intellectual curiosity manages to be both deep and broad at the same time, and she is an accomplished thinker in ways familiar to both the hard sciences and the humanities.”