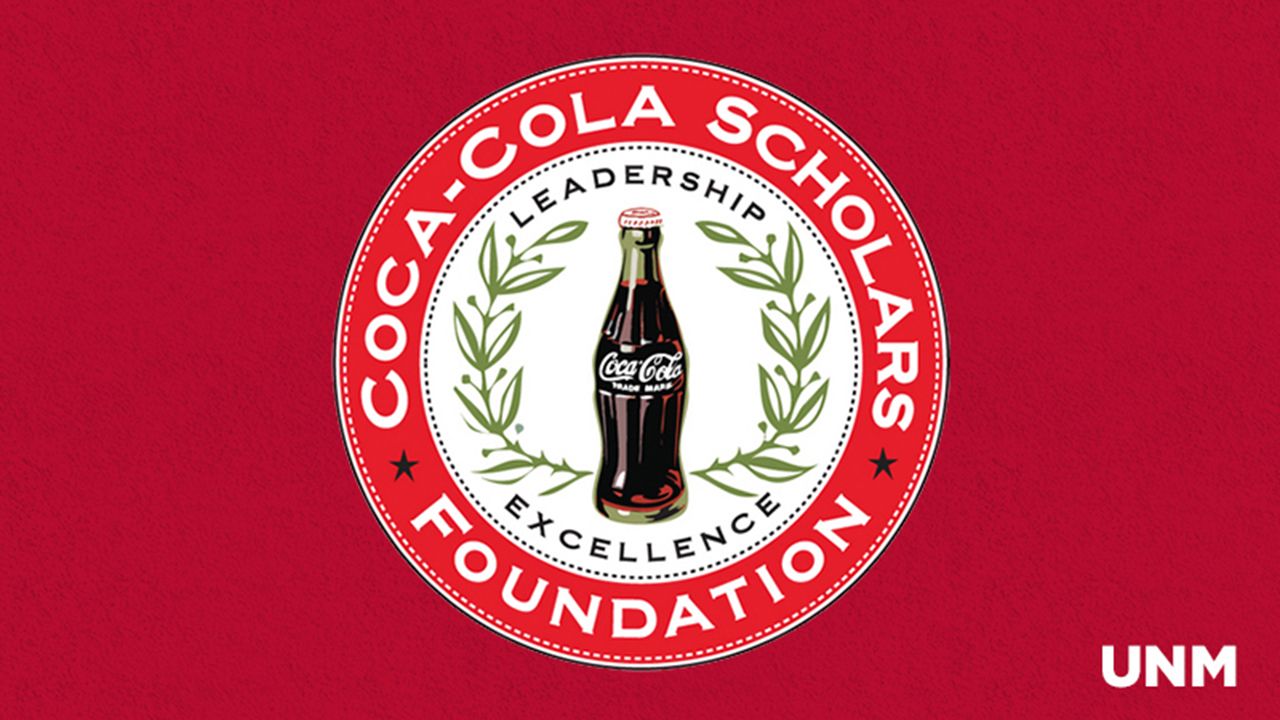 Stephanie Bourgeois, a sophomore at The University of New Mexico-Valencia Campus, has been named a 2017 Coca-Cola Community College Academic Team Silver Scholar.

Bourgeois, who was one of 1,800 applicants from around the country, will receive a $1,250 scholarship and special medallion for being selected as a Silver Scholar.

The Associate of Arts in Business Administration student is one of the New Mexico All-State Phi Theta Kappa Scholars, who were honored in Santa Fe in February, alongside UNM-Valencia student Irma Alvidrez-Gonzalez.

After growing up in northern Germany, and as a mother of three grown children, Bourgeois said she’s the type of person who never gives up and in 2014 when she and her husband moved to New Mexico, she decided to make a change.

“I am very proud to stand next to my kids who are all scholarship students around the country and say, ‘Yes, we are now all role models for the American Dream’.”   —Stephanie Bourgeois

“With an empty house and me not able to find a satisfying, well-paying job, I decided to go back to school to earn a bachelor’s degree in Business Administration. At the beginning, I was terrified because my English skills weren’t the best and I have been out of school for more than 25 years,” she said. “Once I dove into the whole ‘college thing,’ I started to like it, and I took on my own private challenge with my youngest daughter in finishing my degree the same time as she will.”

Bourgeois, who was nominated by UNM-Valencia PTK advisor Tracy Owen, said all of her children are recipients of some form of scholarship.

“I am very proud to stand next to my kids who are all scholarship students around the country and say, ‘Yes, we are now all role models for the American Dream’,” said Bourgeois.

An independent panel of judges considers academic achievement, leadership and engagement in college and community service in the selection process.

“We thank the Coca-Cola Scholars Foundation for recognizing these student leaders and for investing in their futures,” said Lynn Tincher-Ladner, president and CEO of PTK.

PTK is comprised of more than 3.2 million members and nearly 1,300 chapters in nine nations. Honoring these scholars is seen as beneficial to the education of tomorrow’s leaders.

For Bourgeois, the scholarship will greatly benefit her education beyond UNM-Valencia.

“Receiving the Silver Scholar on Coca-Cola’s 2017 Community College Academic Team means a huge relief on how to pay for the second half of education at UNM-Main Campus, and is a great honor,” Bourgeois said.