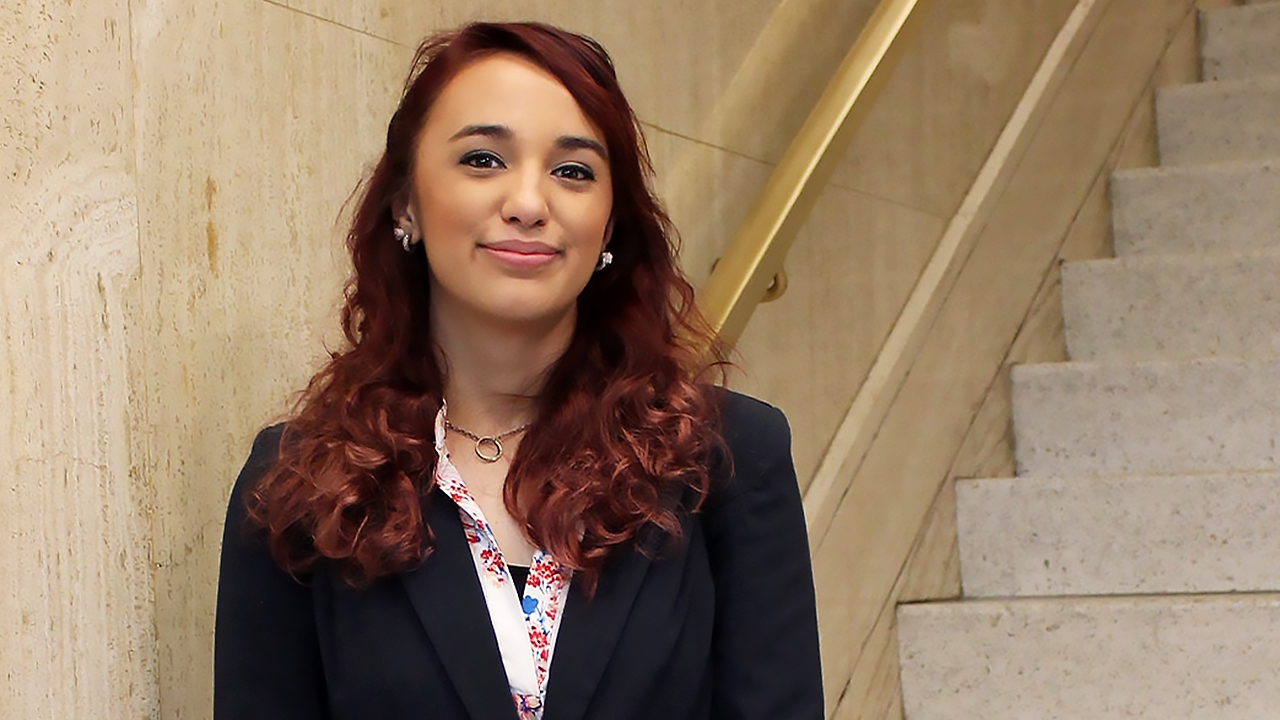 Hannah Dille, a sophomore at The University of New Mexico-Valencia Campus, was named a 2019 Coca-Cola Academic Team Silver Scholar and will receive a $1,250 scholarship for the Fall 2019 Semester.

The Coca-Cola Scholars Foundation sponsors the Coca-Cola Academic Team program by recognizing 50 Gold, 50 Silver and 50 Bronze Scholars from around the country with nearly $200,000 in scholarships annually. Each scholar also receives a commemorative medallion.

Dille and sophomore Jerrald Glaser, who is Liberal Arts major and is interested in social work, were recognized for the All-State Teamin the House of Representatives at the New Mexico State Capitol in February.

Community college presidents, or their designated nominators, may submit two nominations per campus for this award. An independent panel of judges considers outstanding academic rigor, grade point average, academic and leadership awards and engagement in college and community service in the selection process.

Dille, who is double majoring in mathematics and general science with an emphasis in biology, is honored to be selected as a Silver Scholar.

“Doing well in academics has always been stressed in my house above any other aspect of schooling. To be selected for this award is such an honor to me because it recognizes that, and is, tangible proof of all of my hard work that I have put in for my grades. To me, it makes the long nights worth it,” Dille said. “College is hard, but this award is a mental boost because it shows me that the parts of my soul that I have poured into my schooling, as well as into my community, is worth it, and I am creating a better future not only for myself, but also for those around me that I have the opportunity to impact.”

Dille also mentioned the $1,250 scholarship would help her tremendously while finishing her education in hopes of becoming an agent with the Federal Bureau of Investigation.

“My family isn’t rich. There are six kids, with the three oldest — including myself — in college and my family can’t help pay for my education,” Dille said. “This scholarship allows me to be able to attend UNM-Valencia and pay for my tuition and fees. It gives me the opportunity to take the steps needed to be able to walk the graduation line with my degrees and do it completely debt free.”

Coca-Cola Academic Team members will be recognized in both local and statewide ceremonies and will also be recognized internationally during Phi Theta Kappa’s annual convention, April 4-6 in Orlando, Fla.

“We thank the Coca-Cola Scholars Foundation for recognizing these student leaders and for investing in their futures,” said Dr. Lynn Tincher-Ladner, president and CEO of PTK. “Scholarships like these are integral to the success of these students in reaching their educational and career goals.”

Phi Theta Kappa is the premier honor society recognizing the academic achievement of community college students and helping them to grow as scholars and leaders. The Society is made up of more than 3.5 million members and nearly 1,300 chapters in 10 nations.