University of New Mexico Vice President for Equity and Inclusion Josephine "Jozi" De Leon has accepted a similar position at Cal Poly. De Leon will serve as the campus leader of inclusivity and diversity initiatives at Cal Poly.

De Leon, a professor in the Department of Educational Specialties at the UNM College of Education, has served as vice president for equity and inclusion and chief diversity officer at UNM since July 2008.

“Vice President De Leon has made extraordinary contributions to higher education throughout New Mexico during her academic and administrative career in this state,” said acting UNM President Chaouki Abdallah. “We have been very fortunate to benefit from her leadership of our Division for Equity and Inclusion at UNM.

“We will be working closely with the Division and other campus constituencies to ensure that our diversity efforts continue to thrive at UNM, but at this time I’d just like to thank Jozi for all she has done, and wish her the very best in her new position.” 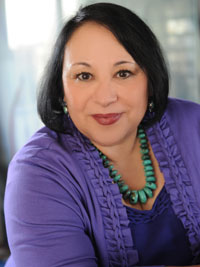 Dr. Josephine "Jozi" De Leon to serve as the campus leader of inclusivity and diversity initiatives at Cal Poly.

“It has been an honor to serve the University of New Mexico as the inaugural Chief Diversity Officer,” said De Leon. “I believe that my work has paved the way for the next steps to further advance diversity, equity and inclusion at a time when these values are even more important.  My greatest reward has been working with our students. They help us become an inclusive university where everyone feels a sense of belonging.”

De Leon has led efforts throughout her career to address access and equity for traditionally underrepresented faculty, staff and students. At UNM, she led the revision and implementation of a university diversity plan and established a University Diversity Council. She also oversaw the Office of Equal Opportunity, African American Student Services, El Centro de La Raza, and American Indian Student Services, and also created the LGBTQ Resource Center.

From 2011-15, De Leon served as principal investigator of the Unidos Project, a collaborative effort designed to increase post-secondary attainment of Latino students.

“Vice President De Leon’s contributions to our equity and inclusion goals have been tremendous over the years,” said Acting Provost Craig White. “Her commitment to special initiatives that promote equality, tolerance and a voice for the underrepresented populations on our campus has moved the University of New Mexico forward as one of the most progressive institutions in the nation. She will be missed.”

Prior to UNM, De Leon previously served in various administrative positions including as an associate dean in the College of Education and later as the associate provost for Academic Affairs and Community Colleges at New Mexico State University in Las Cruces.

De Leon was also first Deputy Secretary for Academic Affairs, Planning and Research for the state of New Mexico when former Gov. Bill Richardson created the New Mexico Higher Education Department in 2005. She oversaw the Educational Equity Division within the Department and helped shape policy to create greater accessibility to higher education for all New Mexico students.

A search for her replacement will be announced at a later date.