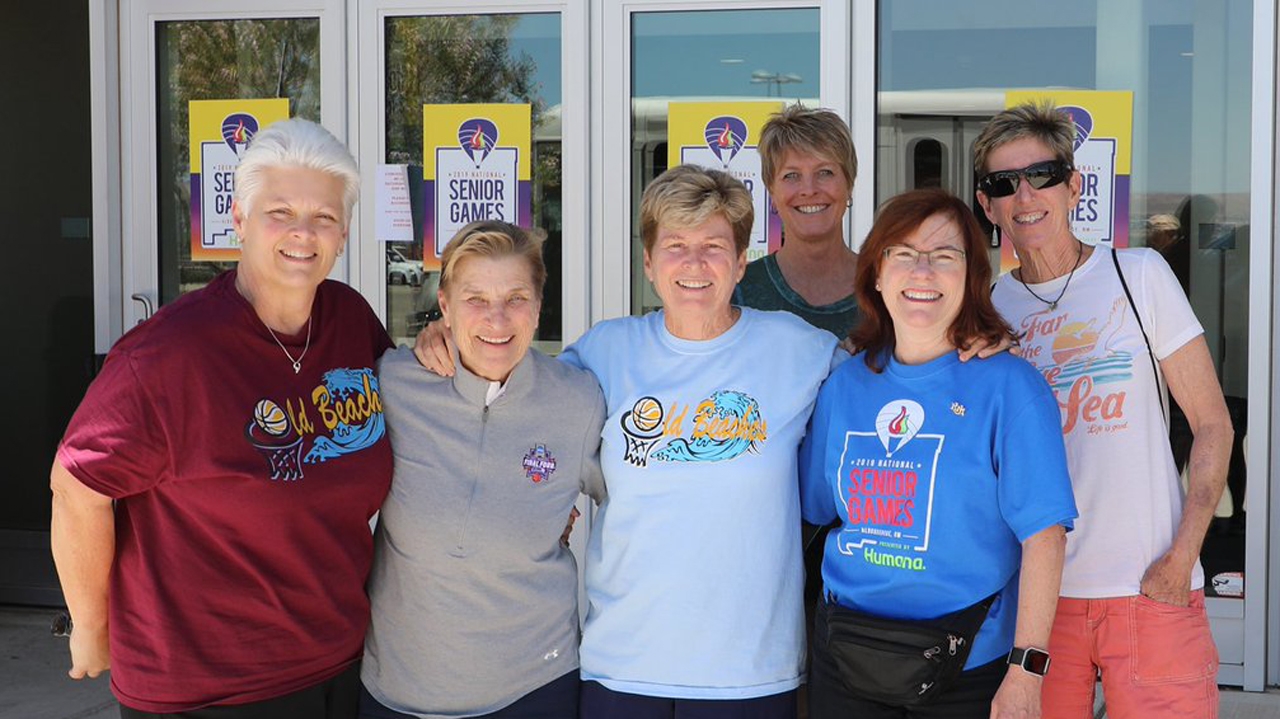 welcomed athletes and their supporters to Dreamstyle Aream, The Pit. 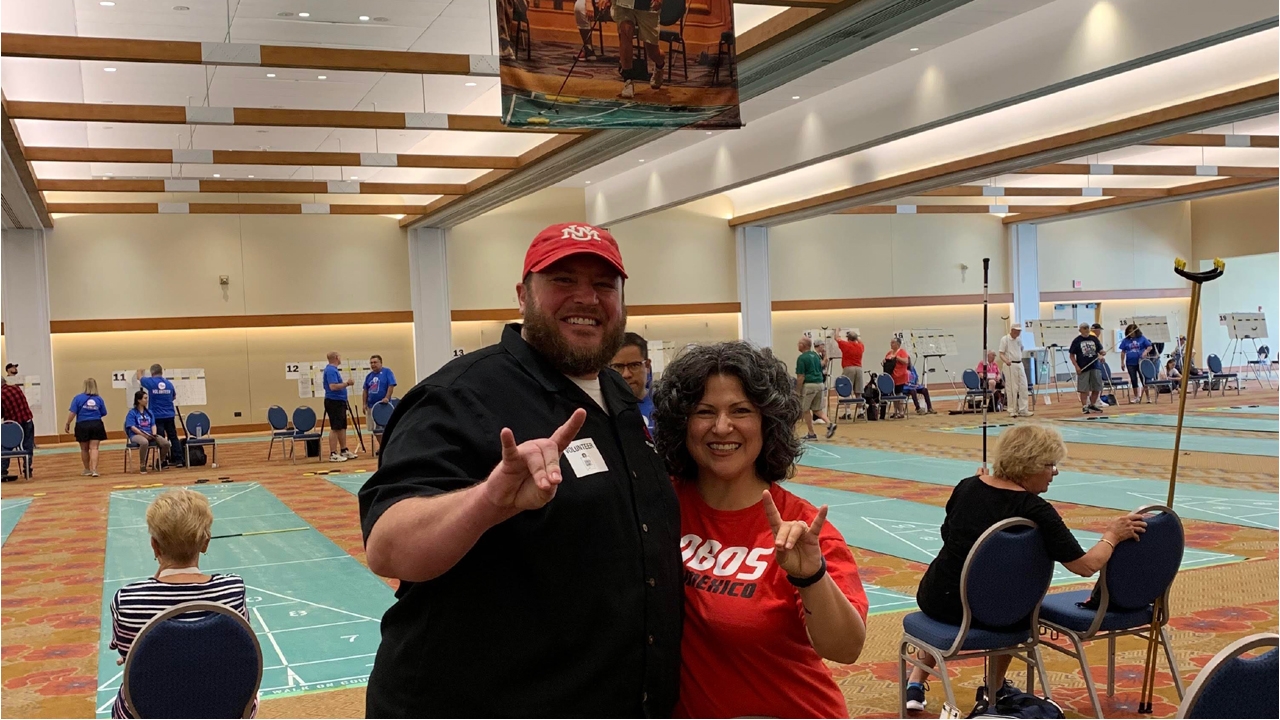 volunteered at the shuffleboard competition at The Albuquerque Convention Center. 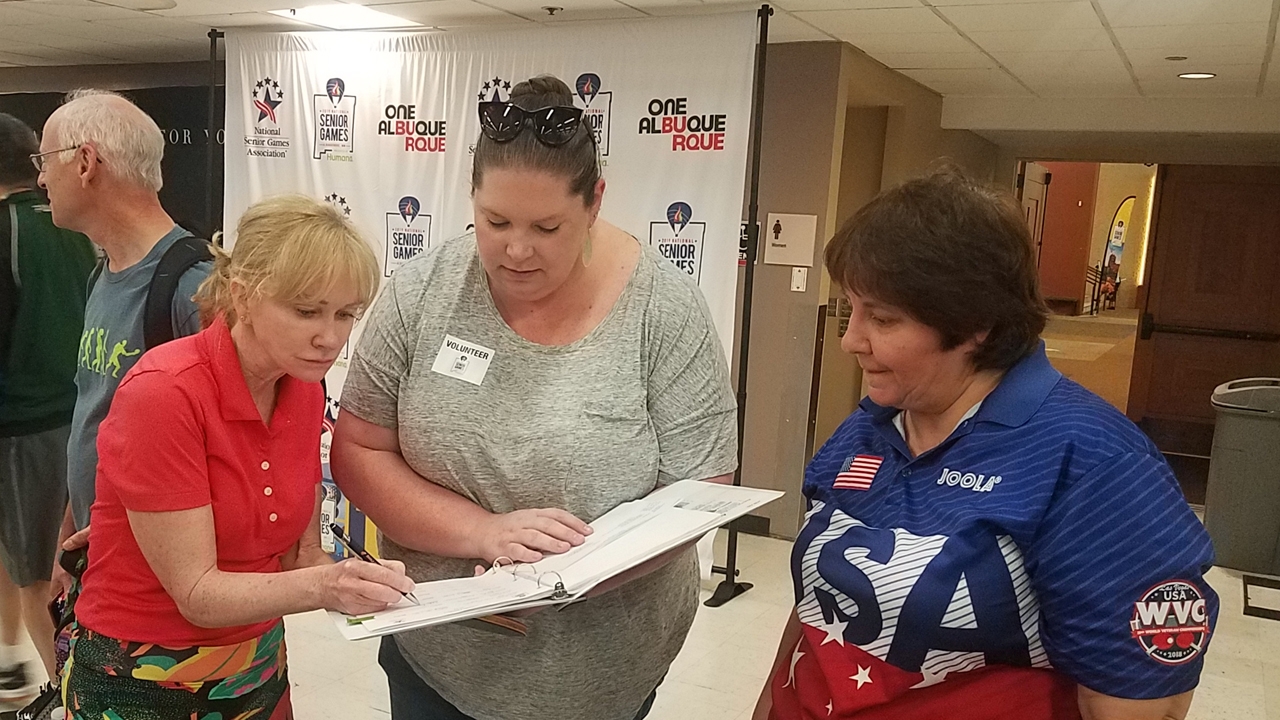 helps competitors sign in at the table tennis competition. 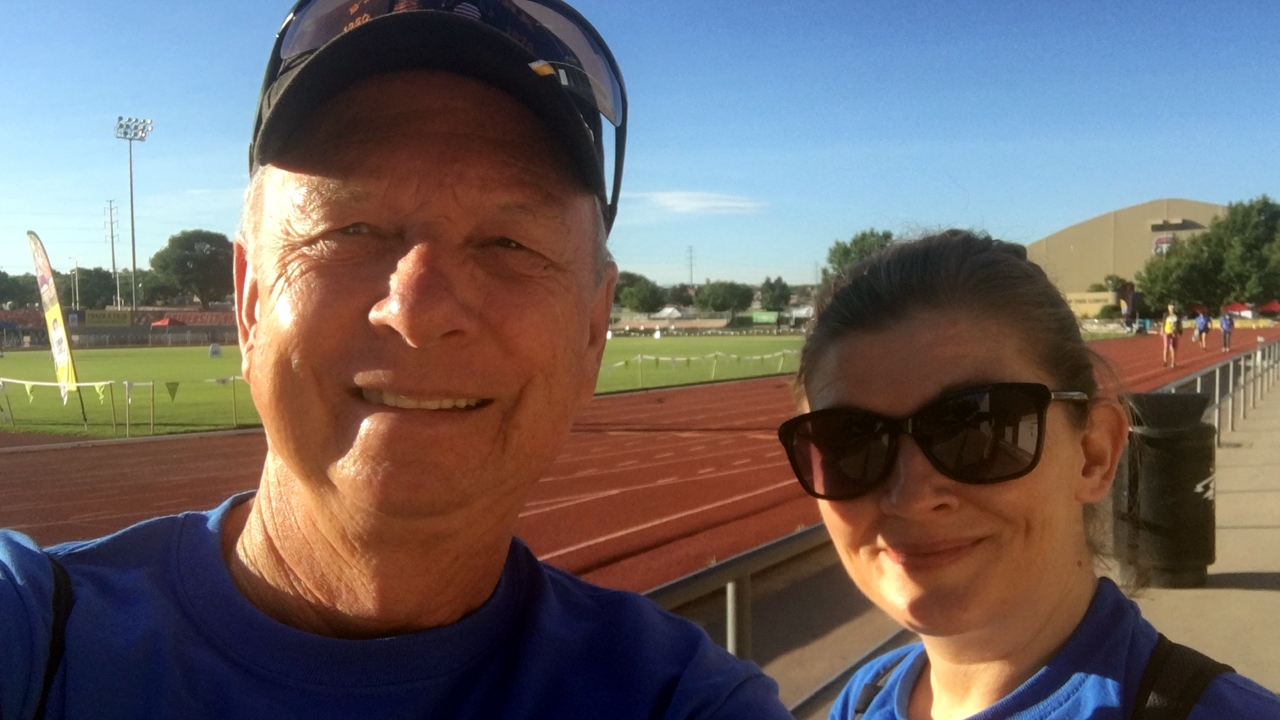 Tracy Wenzl take time off for a quick photo after volunteering for the hammer throw at the UNM Track & Field Complex.

When Albuquerque was chosen as the host city for the 2019 National Senior Games, it became the second-largest event in the City and the single-largest athletic event in the country with more than 14,000 athletes participating. Not only that, but The Games are the largest multi-sport championship event in the world for adults 50 and over.

There were many pieces to the puzzle that came together over two years of planning. With that many athletes, and even more family and friends descending on Albuquerque, it created a huge need for volunteers. Approximately 8,000 volunteer roles needed to be filled for the event’s success with more than 5,500 answering the call to help with almost 500 coming from The University of New Mexico.

“Nearly 500 UNM employees volunteered their time to the games, awarding medals, guiding traffic and doing countless other tasks around the city,” said UNM President Garnett Stokes. “You are the reason our community is so strong, and I’m proud of the incredible turnout UNM brought to the games.”

In addition to UNM, there were many volunteers from a variety of organizations from throughout the City including The Gap, PNM, Rio Rancho High School football team, Del Norte High School basketball team, local churches and many more.

“The community really came together to help with The Games. We had over 5,500 volunteers who came to help us set up and run the events over a 12-day period,” said Brian Morris, volunteer recruitment manager. “It is truly unbelievable how amazing the volunteers were. The National Senior Games wouldn’t have been as successful if it weren’t for them.”

From a volunteer standpoint, the experience also was memorable. UNM’s footprint was easily found at nearly every venue across the City.

“I really enjoyed having the opportunity to meet seniors from across the country,” said Lisa Lindquist, program manager in the dean of students’ office, who along with husband Ryan, director, UNM student activities, volunteered at the shuffleboard competition at The Albuquerque Convention Center. “It was a moment of pride for me to hear how much they enjoyed our city!”

“I really enjoyed my interactions with the table tennis athletes during my time volunteering. I witnessed some very competitive games and great sportsmanship,” echoed Andrea Marquez, an advisor in the Student Activities Center. “I also had some great conversations with folks about how to explore Albuquerque and places I recommend they visit (like the Tram).

“At the end of my shift I was talking with a fellow volunteer and we both realized were both UNM employees. It made me feel that UNM has such reach and impact in the Albuquerque community and I was proud to be representing UNM in my role as a volunteer. I hope UNM continues to support citywide initiatives in the future!”

A group of five interns from the UNM Communication and Journalism Department, including Hayley Estrada, Christina Fitzsimmons, Tim Harris, Gabrielle Hockstra-Johnson and Seairra Sheppard, comprised Team Lobo and made their presence known providing the National Senior Games Association with its Games Daily News feature on its website as part of the 12-day run. Mentoring the interns was communications manager Steve Carr, from University Communication and Marketing (UCAM).

“This was an exciting time for our City and for our university,” said Connie Beimer, UNM’s director of government and community relations who helped organize UNM’s volunteer recruitment efforts. “The response to the volunteer need was tremendous. UNM students, faculty and staff really came through.”