The UNM Anderson School of Management Foundation Board will celebrate and honor its 2012 Hall of Fame Inductees on Friday, March 23 at the Embassy Suites Hotel. The event will be highlighted with a keynote address by Darrin E. Jones, assistant special agent-in-charge in the FBI's Anchorage Division. This year's theme, "Change Agent: Mission Possible," comes as the Anderson School, in collaboration with the FBI, recently opened the nation's 15th Regional computer Forensics Laboratory (RCFL) in Albuquerque. Special Agent Jones was instrumental in bringing the FBI and the Anderson School together. Funds raised at the dinner will go to support student success at the state-of-the-art facility. The event begins at 6 p.m., followed by dinner and induction ceremony at 7 p.m.

This is the 23rd year for the event that celebrates the best and brightest of our alumni, faculty and community leaders. The Hall of Fame celebration will take place in conjunction with the Anderson School Alumni Reunion Weekend on Friday-Saturday, March 23-24.

Hall of Fame candidates are selected for their professional success, contribution to community involvement, and an ongoing commitment to continuing education. During the evening event, Anderson Accounting Lecturer Ann Brooks will receive the Community Leadership Award, and French Mortuary will be honored with the Distinguished Service Award.

Corporate sponsorship opportunities are available ranging from an event sponsorship level of $10,000 to table sponsors at a cost of $1,200. Individual tickets are $100. For information, contact Natalie Mead in the Anderson School Development Office at 505-277-6413 or nmead60@unm.edu.

Abraham has served as the Mayor of Los Ranchos de Albuquerque since 2004. He started his first business while attending the Anderson School of Management. Since that time he has developed more than a dozen businesses from the ground up and proudly says he has never worked for anyone but himself since graduating from UNM Anderson in 1976. Mayor Abraham serves on several boards with the Mid-Region Council of Governments including, the Metropolitan Transportation Board and the Rail Runner Express Sustainability Task Force. He is also active on the Lobo Club board of directors and in 2011 received the UNM Zia Award that honors UNM alumni who have distinguished themselves in philanthropic endeavors, public office, service to the University, community/volunteer activities, business and professional fields.

Clampitt is the chairman and CEO of Clampitt Paper Company in Dallas, Texas. He started working at his family-owned business when he was 16. After graduating from the Anderson School of Management in 1979 he transitioned to a full-time position and successfully managed several departments before taking over as CEO after the death of his father in 2001. Under his leadership, Clampitt Paper has doubled its revenue and remained profitable throughout the ensuing recession and economic downturns. Mr. Clampitt serves on the Baylor Hospital Foundation Board of Directors, is a Front Bank Advisory Board member and a Presbyterian Hospital Foundation PHorum member. Don has recently served as President of the Dream Fund, a non-profit organization that helps people in the Communications industry facing crisis find solutions. He has a longstanding service to the University of New Mexico on both the Anderson Advisory Council and the Alumni Board. His son also attended school at UNM and received a business degree from the Anderson School while playing football for the Lobos.

Giron-Gordon is the president and owner of GenQuest with more than 25 years of experience as a corporate trainer, facilitator, and mediator. GenQuest helps organizations perform at optimal levels by providing the people, services, tools, and resources they need to create a work.Happy® environment, a setting that helps employees maintain a work/life balance in a positive working environment. GenQuest provides professional services to government agencies, federal contractors, the education sector, and private businesses. Ms. Giron-Gordon is a member of the board for the Samaritan Counseling Center, serves on the Executive Leadership Team for the American Heart Association's "Go Red for Women" campaign, and recently participated in the Susan G. Koman "3-Day for the Cure" 60-mile walk in Phoenix. She has a BBA from the Anderson School and a Master of Arts in Public Administration from UNM.

Young Alumni
Young Alumni recipients are under the age of 40, have already distinguished themselves early in their careers, and show promise of continued growth in the years ahead.

Harrington is the Owner/Principal of HB Construction and also holds the titles of CFO, Safety Director, and HR Director. He manages finances and payroll for the multi-million dollar commercial construction firm as well as handles all of the HR duties, and maintains a safety program that has not had a lost time incident in more than eight years. Mr. Harrington is the current Board President for Big Brothers Big Sisters of Central New Mexico and helped implement the organization's "Start Something" fundraising breakfast that regularly raises more than $100,000 in donations every year. He is the Vice-President of Finance for the UNM Lobo Club and was a New Mexico Business Weekly "40 under Forty" honoree. Adam has a MBA in Finance from the Anderson School and a BS in Finance from Arizona State University.

Meehan is an Assistant Vice President and Senior Relationship Manager at Wells Fargo Bank. She started her career with Wells Fargo in 2003 as a Certified Teller while she was finishing her Finance degree at the Anderson School. She advanced to her current position while earning her Masters in Accounting degree at Anderson and is involved in leadership roles at the bank and in the community. Ms. Meehan has served on the board of directors for several non-profits, and is active with numerous organizations from Casa Esperanza, to CREW (Commercial Real Estate Women), to Junior Achievement.

Trubow is a small business owner and an entrepreneur. He incorporated his company, TAL Realty, Inc., in 2003, the same year he graduated from the Anderson School with a BBA in Entrepreneurial Students. As the owner and qualifying broker of TAL Realty Inc., Mr. Trubow oversees all operations and decision making aspects of the business. The focus of his business is to acquire distressed properties in New Mexico and Texas for investment purposes. He is on the board of the WESST Corp., and started Tickets For Joy, a non-profit organization that provides unused tickets to live events to disabled veterans and underserved youth. He also chairs the Hoof It To Happy Hour 5k run at the Albuquerque Country Club that benefits the Carrie Tingley Foundation.

Faculty Community Leadership Award
This award is open to all full-time faculty members who have demonstrated leadership in enhancing the Anderson School's visibility and relations with the business community by creating connections, providing leadership, and being actively involved.

Brooks is a lecturer in the Anderson Accounting Department. She is recognized as a leader in the New Mexico community, the University, the Anderson School, and within the Accounting Department. In her leadership roles at Anderson, Ms. Brooks is the Chair of the Scholarship Committee, and the Learning Outcomes Assessment coordinator for the Accounting Department. Her role as the educational liaison between the University's extended learning office and the Anderson School has resulted in a large increase in the number of online classes offered at Anderson. Brooks serves as a faculty senate representative on several UNM task forces: Strategic Budget Leadership Team, President's Strategic Advisory Team, and the Tuition and Fee Team as well as Chair of the Faculty Senate's Budget Committee. She is on the Board of Directors of New Mexico Educators Federal Credit Union, Institute of Management Accountants - Albuquerque Chapter and is the Chair of the NM Business Articulation Accounting Committee. Ann has a Masters of Accounting and BBA degree from the Anderson School. She joined the faculty in 2002.

Distinguished Service Award
This award honors a non-Anderson graduate corporation who has displayed exceptional interest, dedication, and/or service to the Anderson School.

This year's honor is awarded to French Funerals-Cremations, New Mexico's oldest family-owned funeral service company. The company was founded by Chester T. French in 1907 in downtown Albuquerque. It now has four (soon to be five) locations in Albuquerque. Three grandsons remain in the business today and they include: Chester French Stewart, Chairman-Emeritus and majority owner, Bob H. Stewart, Vice President and Richard Stewart, Funeral Director.

The company's ownership includes not only Chester French Stewart and Bob H. Stewart but also D.F. "Duffy" Swan (Chairman of the French Companies), Tom Antram (President and CEO) and Karl Saltzman (Funeral Services Liaison). Both Duffy and Antram are UNM alums. Their combined commitment of giving back to the community goes back several generations. Chester T. French created the first endowment at the UNM College of Arts and Sciences in 1921 and it remains active today. The C.T. French Medal for Scholarship is designed to award a graduating senior with the highest GPA in the last two years of college. 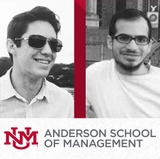 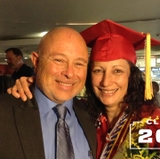