The University of New Mexico celebrated nearly 50 of its highest achieving students at the annual Recognition Reception hosted by the Student Activities Center in partnership with the Alumni Relations Office. The annual event recognizes the accomplishments of many of the University’s outstanding student leaders through various awards.

Outstanding UNM seniors were also recognized for their contributions to student life, service to our community, leadership, and exceptional volunteer service to the campus all while maintaining a positive academic performance and serving as an academic ambassador to the institution.

The event was emceed by Eliseo ‘Cheo’ Torres, vice president for Student Affairs with a keynote address from Duffy Swan, UNM alumnus and former president of the UNM Alumni Association. 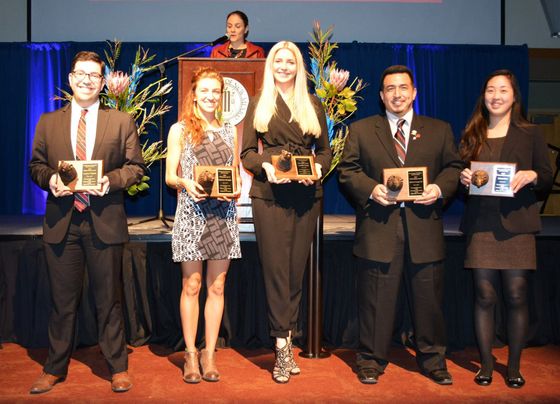 The six recipients of the "Alumni Citizenship Award."