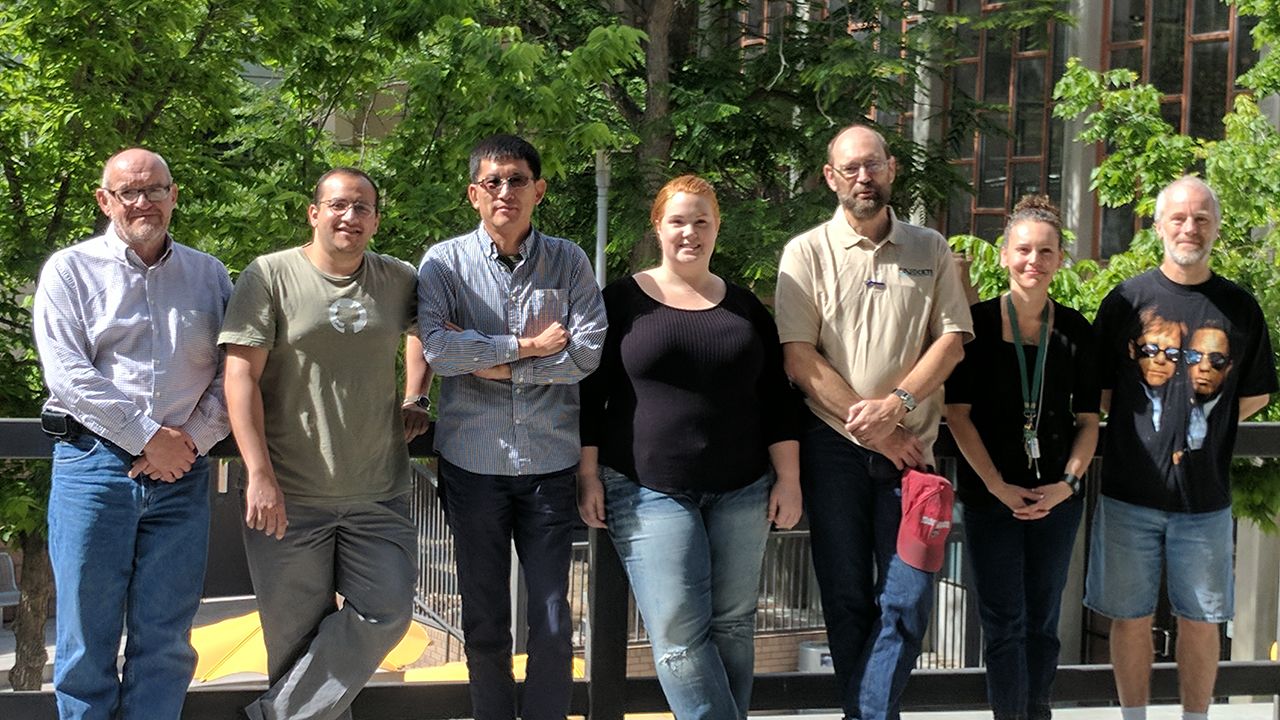 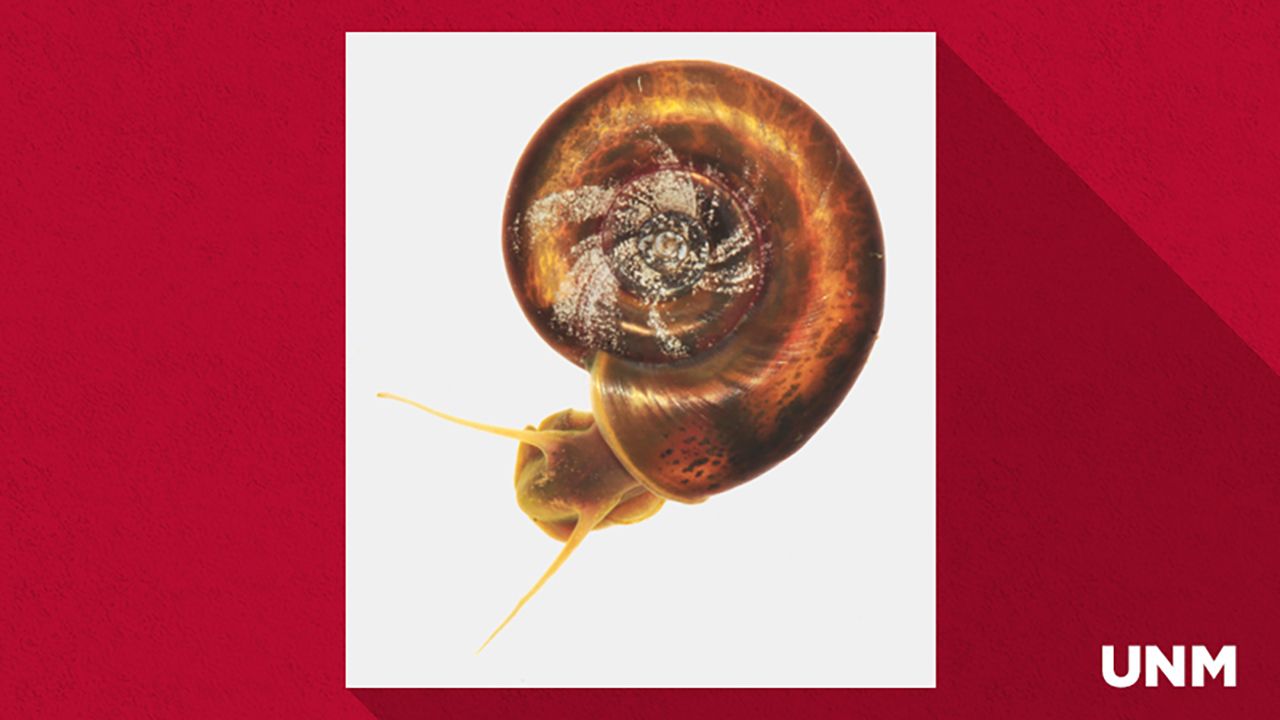 Biomphalaria glabrata, a tropical Ram's Horn snail, plays a large role in the lifecycle of the parasitic disease, schistosomiasis. 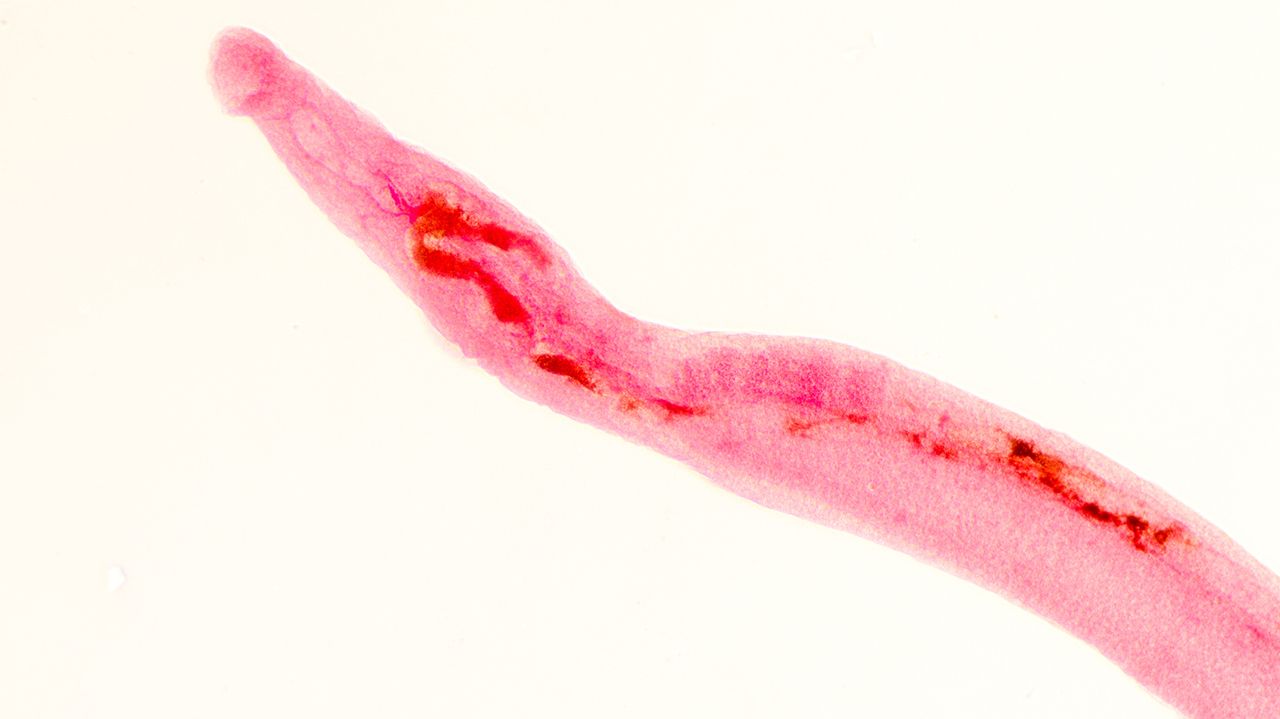 Schistosomiasis, also called snail fever or bilharzia, is a chronic disease that kills hundreds of thousands of people every year. Found only in tropical climates, the schistosoma parasite develops inside the Ram's Horn snail before infecting a human host. After malaria, schistosomiasis is the worst parasitic disease on the planet with the World Health Organization working to elimiate the it by 2025.

An international team of researchers, led by University of New Mexico Associate Professor Coenraad Adema, is now one step closer to eliminating a deadly parasitic disease responsible for killing hundreds of thousands of people around the world every year.

The research article, ‘Whole genome analysis of a schistosomiasis-transmitting freshwater snail’, published in Nature Communications this week, gives the scientific community an in-depth look of the sequenced genome of Biomphalaria glabrata, a tropical Ram’s Horn snail.

“Sequencing and characterizing the genome of this snail has given us a lot of information into its biology,” said Adema, who is also part of UNM’s Center for Evolutionary and Theoretical Immunology (CETI) that has played a pivotal role in this project. “It has informed us on animal evolution and supports the drive to minimize the impact of infectious disease on global health.”

This snail, which lives only in tropical climates, plays a significant role in the lifecycle of a parasitic disease called schistosomiasis, also known as snail fever or bilharzia. The parasite infects the snail early on its life, essentially taking over the snail’s body, impacting its reproductive and metabolic processes. Once fully developed, the parasite leaves the snail, later infecting a human host through contact in water.

“After malaria, this is the worst parasitic disease on the planet. So, being able to do work that may help improve global human health outcomes is a very important motivation for my research.” –Dr. Coen Adema, Dept. of Biology

According to Adema, if researchers can better understand how the snail/parasite interaction works, they may be able to stop it altogether, cutting the snail out of the parasite’s lifecycle. And, because the snail is a critical part of the organism’s development; without it, the parasite cannot fully mature and infect humans.

Understanding the animal’s genetic makeup is a critical component in being able to understand these interactions – something that is now possible thanks to this international team of researchers and support from the National Human Genome Research Institute of NIH for the sequencing effort.

“Understanding the snail’s genome gives us many avenues to cut the snail out of this parasite’s lifecycle,” Adema said. “Which one day may lead to the elimination of this disease."

Schistosomiasis is a chronic parasitic disease. According to the World Health Organization (WHO), more than 66 million people were reported to have been treated for the disease in 2015, with another 218 million people requiring preventative treatment. On top of that, nearly a quarter of a million people die from snail fever every year, just in sub-Saharan Africa.

The disease is also extremely easy to contract, which is part of the reason why it impacts so many people. Once the parasite leaves its host snail, it’s able live in a body of water before breaking through skin to infect a human body. In Africa for example, simply putting your hand in the Nile River can lead to infection. The WHO hopes to eliminate snail fever by 2025 – a goal that is made increasingly more likely because of this investigation led by UNM.

“After malaria, this is the worst parasitic disease on the planet,” said Adema. “So, being able to do work that may help improve global human health outcomes it is a very important motivation for my research.”

More than 100 researchers from 50 institutions around the world are a part of this study and latest publication – a testament to how significant and wide-reaching this disease and its overall impact is. The international expertise in parasitology and invertebrate biology at UNM is underscored by important contributions of nearly a dozen different faculty, graduate students and research scientists from the Biology Department that are also part of this effort.

Adema says several of his international colleagues are already exploring new, different ways to use the snail’s genome to fight the disease. And while the parasite and corresponding illness are the main target of this research, there is also much more to learn from the genome.

“This is an important contribution to better understanding infectious disease,” he said. “It also gives us information on regulation of gene expression, comparative immunology, embryology, general biology of snails, animal evolution and many other things."