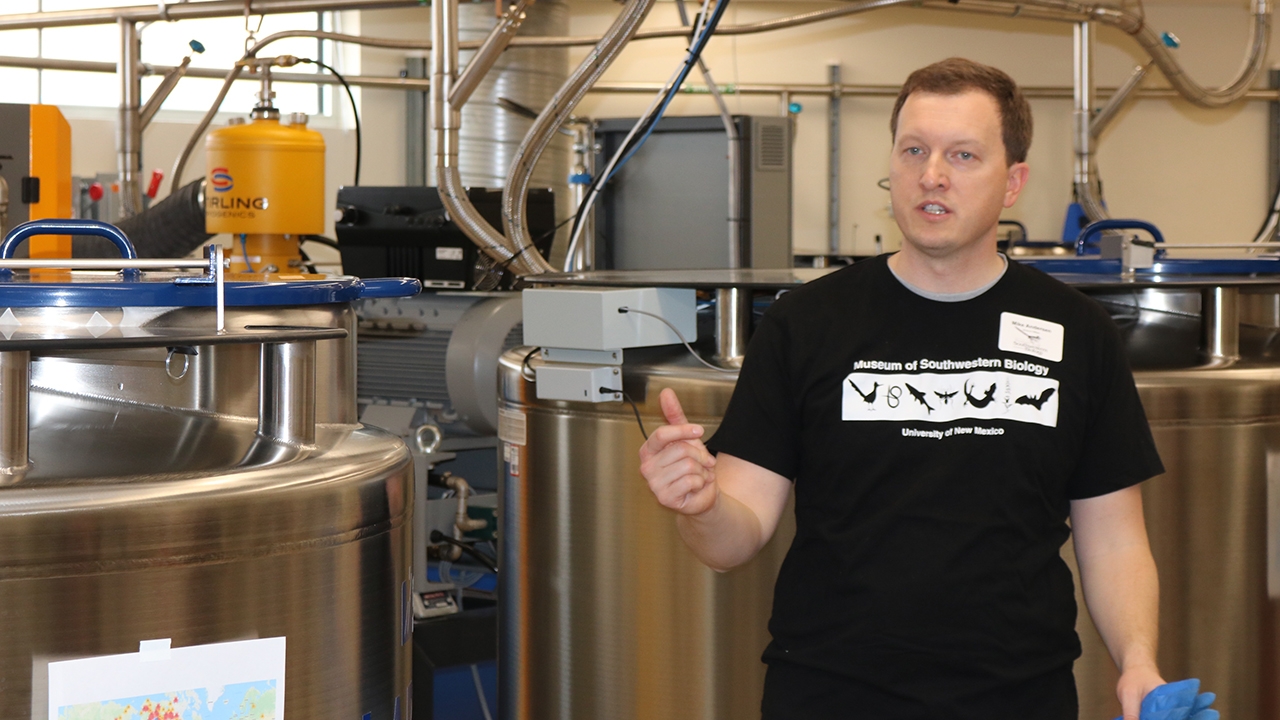 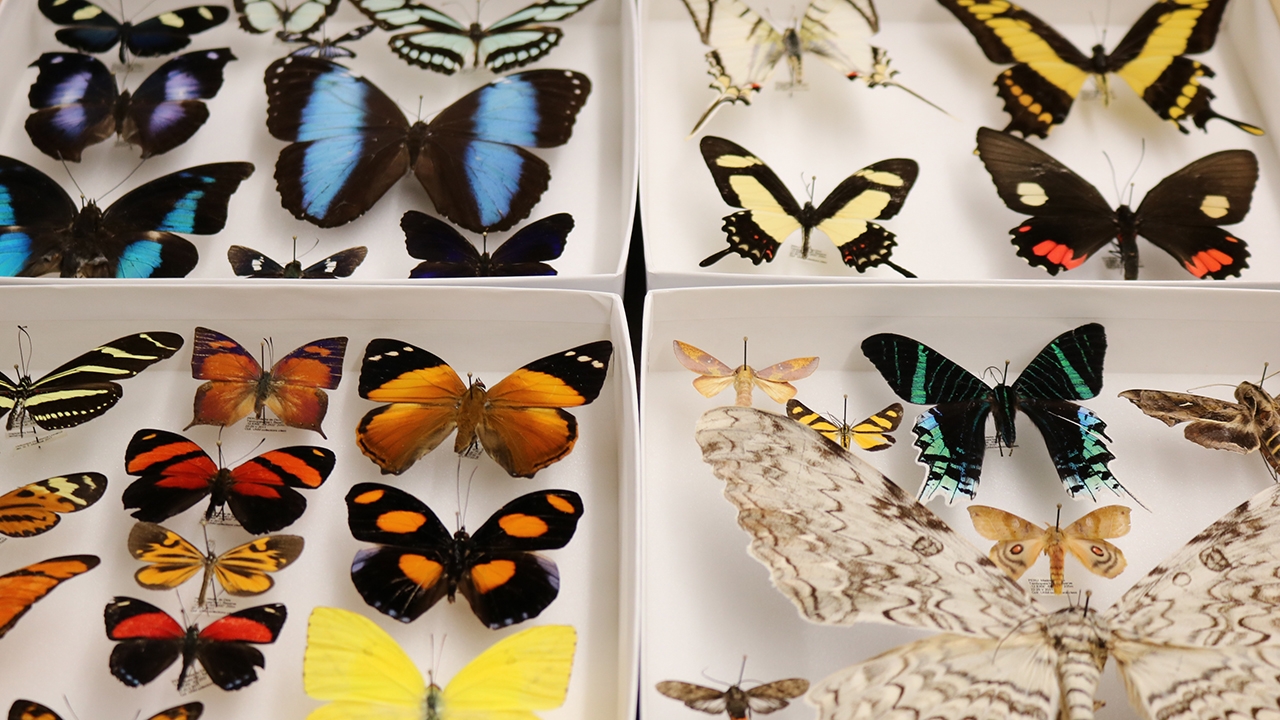 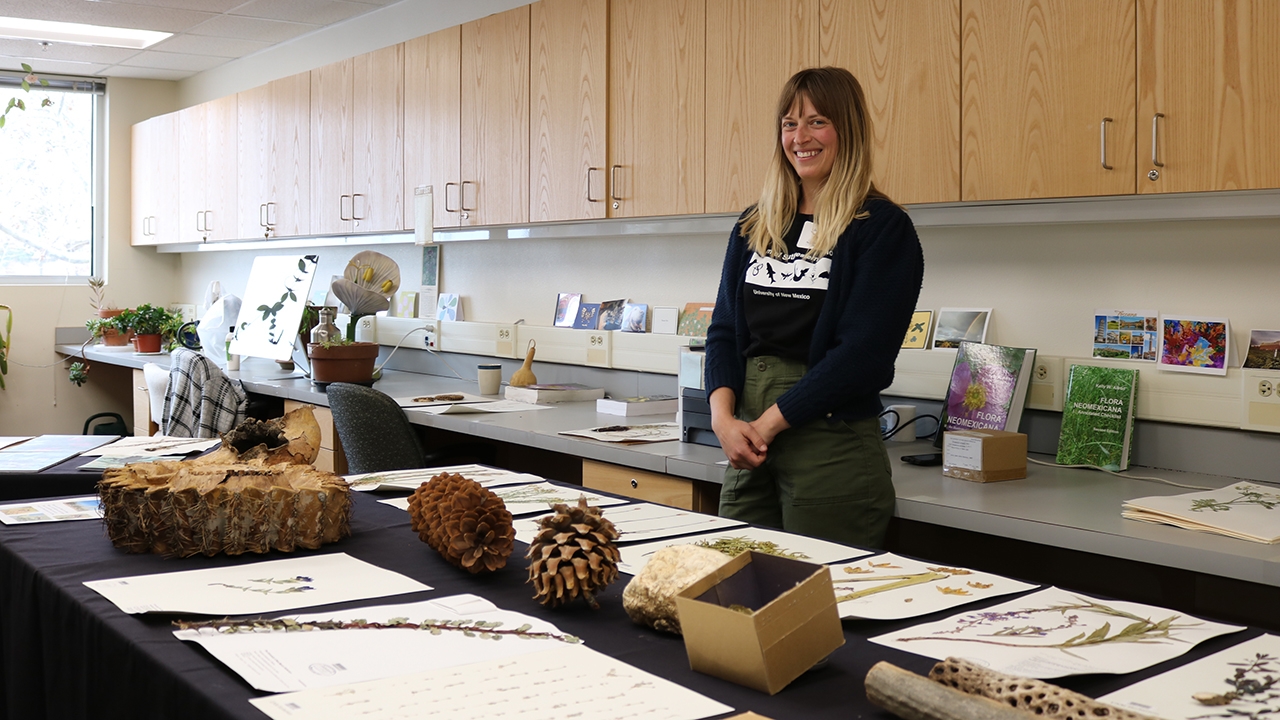 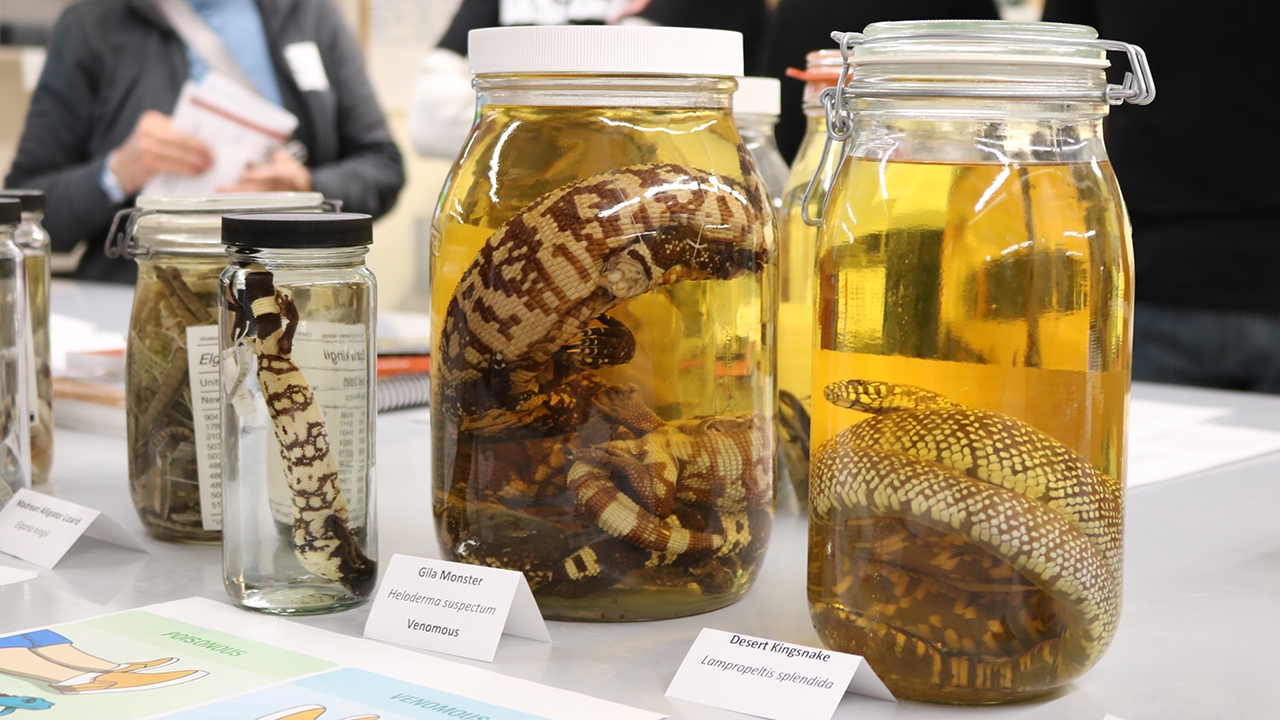 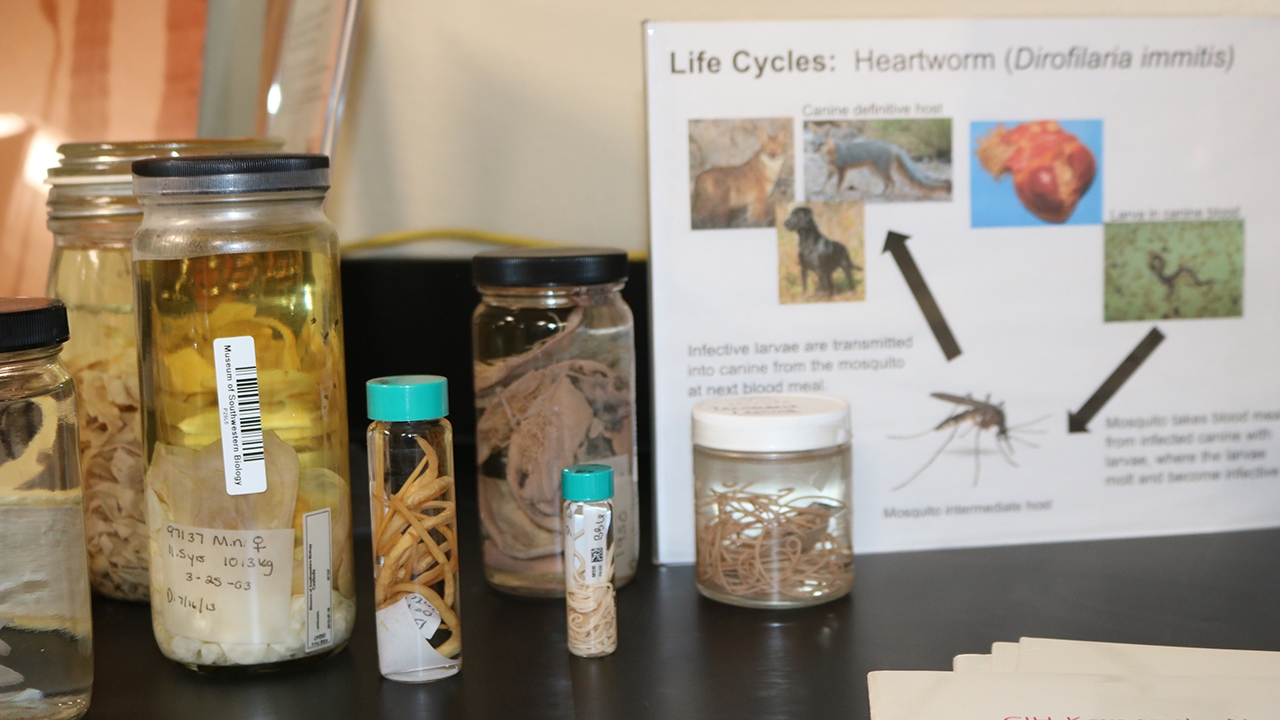 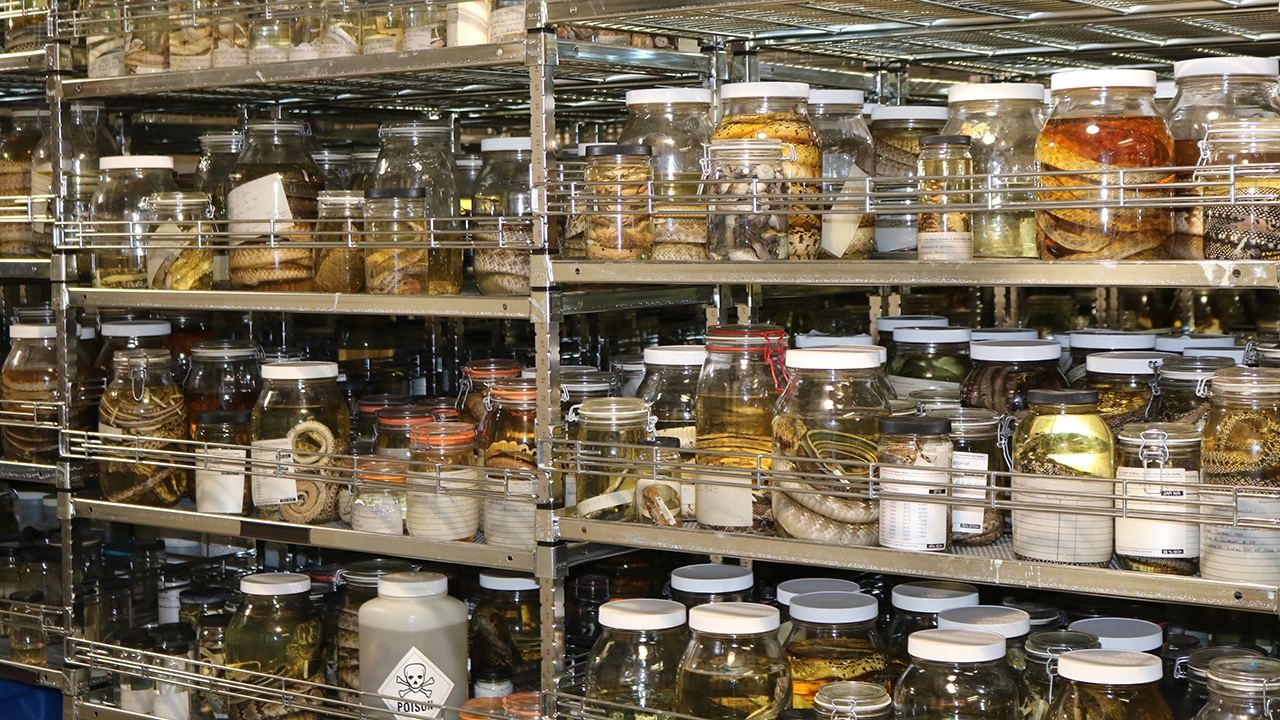 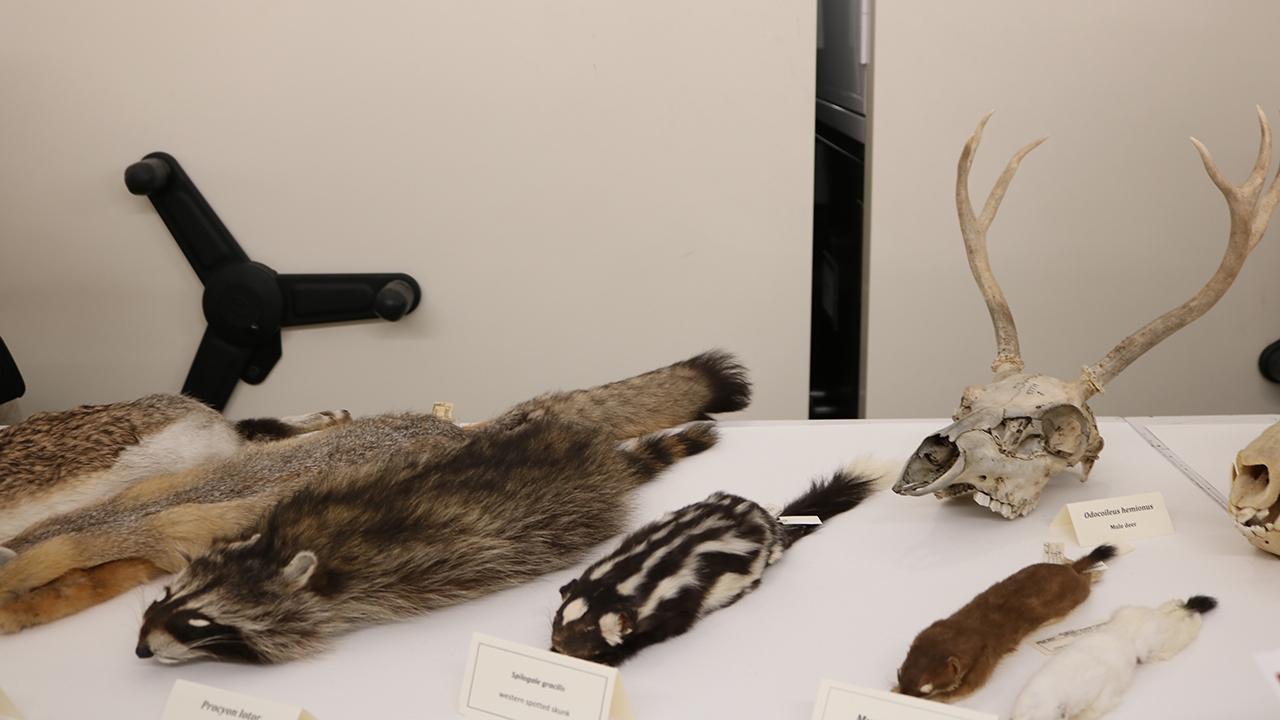 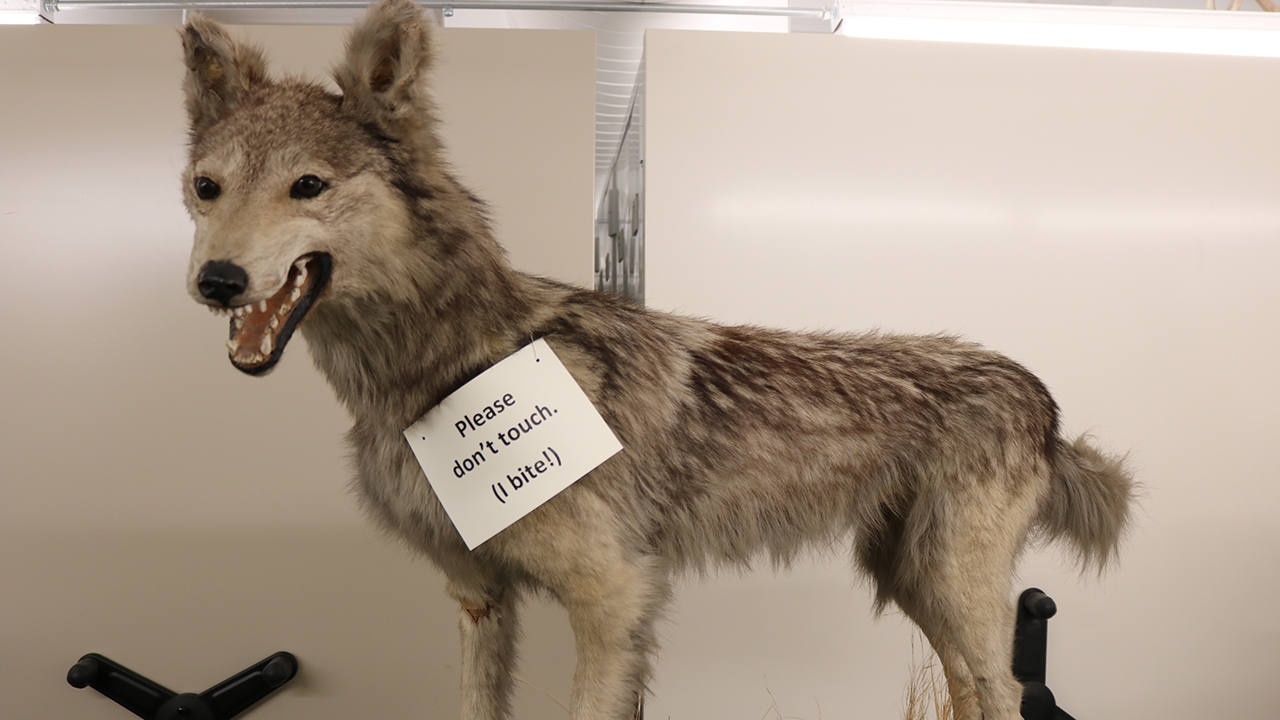 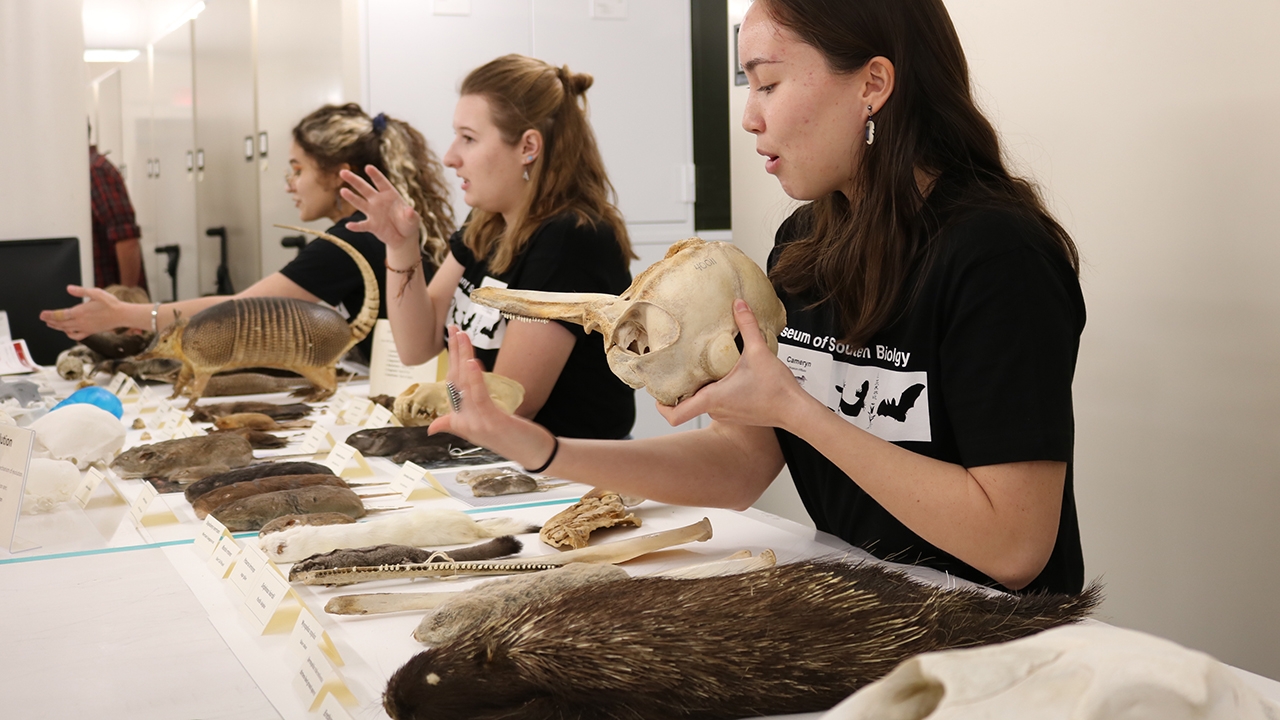 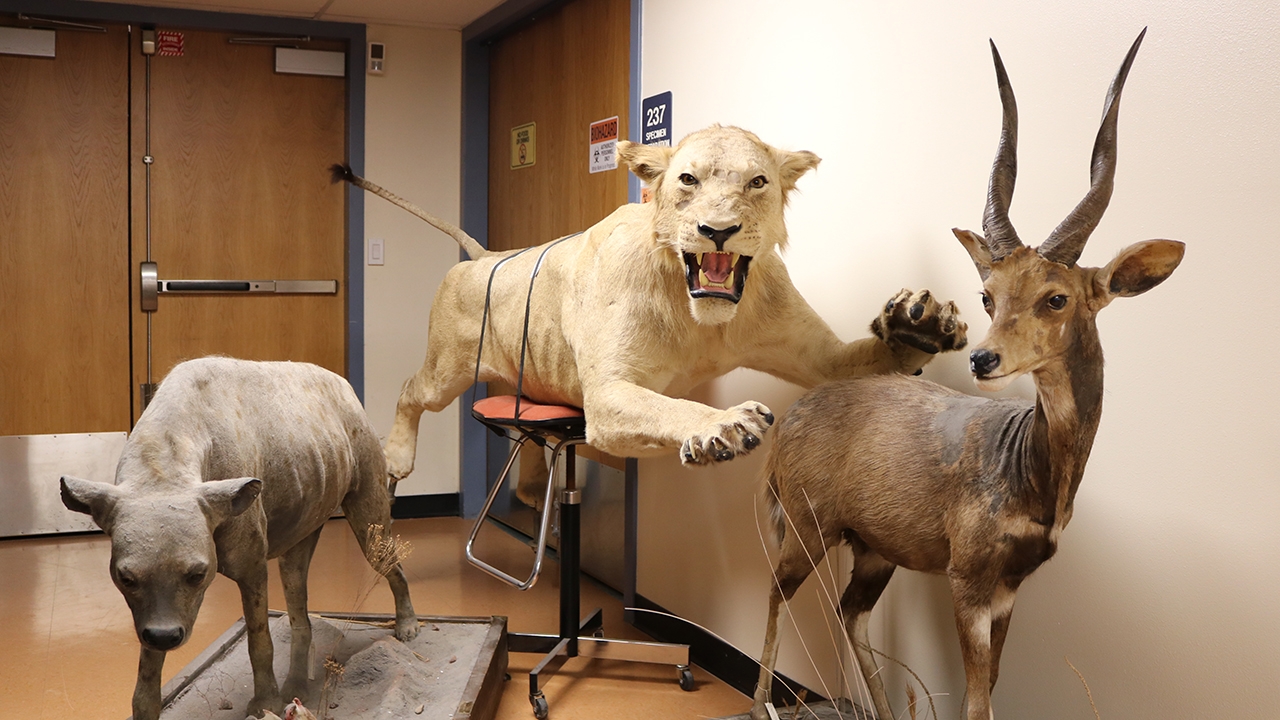 It was billed as “The Science of Biodiversity,” an open house held recently in the CERIA Building at The University of New Mexico’s Museum of Southwestern Biology where millions of plant and animal specimens are housed for research purposes in the museum normally closed to the public.

The half-day event showcased each of the divisions as part of the open house that saw hundreds of curious visitors throughout the afternoon.

“Many meaningful connections were made among members of our community and the museum, and lots of good will was generated,” said Museum director and biology professor Chris Witt. “People left with smiles, and they reported having a great experience visiting and learning about research and biodiversity collections.

The MSB collection has a long and storied history dating back to 1928. Originally located in the basement of Castetter Hall, the collection has grown significantly to more than four million plant and animal specimens spread out over nine aforementioned divisions. Today, the MSB is a world-class natural history museum conducting research of national and international significance on ecology, plant life history, invertebrates, vertebrates and systematics, and serving as an international resource with its extensive informatics resource on biodiversity.

Visitors on the tour were greeted by Nina, the Mexican Wolf, a set of six framed wolf prints with interpretive sign presented by Viola Arduini at the entrance of the MSB. Nina was followed by a four-minute video detailing the work of faculty, staff and students involved as well as the nine areas of study within the MSB giving attendees a glimpse of what was to follow throughout the tour of the former UNM bookstore facility.

Displays ranged from the Division of Genomic Resources liquid nitrogen facility, a world-class repository for cryogenic materials preserved in temperatures ranging from -150°C to -190°C. The liquid nitrogen freezers offer vapor or liquid phase storage and are the most reliable solutions for long-term cryostorage. It holds the world's second-largest frozen tissue collections for mammals.

“I found it to be truly inspiring to walk around the museum during the event and see the extent to which visitors were deeply engaged in conversations with students, collection managers, curators, and other MSB affiliated folks." – MSB director Christopher Witt

Other areas in the tour included the Herbarium Division, a collection of preserved plants in that are stored, catalogued and arranged for study by professionals and amateurs alike with a focus on documenting and preserving a record of the flow of the state. Various collections were on display including threatened and endangered plants of New Mexico presented by Phil Tonne. The display included paired images and specimens of 13 listed species and what makes them rare. More than 130,000 preserved plants from New Mexico and the southwestern U.S. are preserved for research in the herbarium.

Also out of the arthropod collection Emma McCleary presented a display of water beetle specimens and taxonomic research, while Dave Lightfoot showcased a display of wide variety of tropical and other arthropods collected on field trips around the world, and demonstrated dry and ethanol specimen preservation, both techniques utilized throughout the museum.

In the Division of Parasites, which features approximately 20,000 cataloged specimens, an array of parasitic species are directly linked to other ongoing research projects including hosts directly linked within other divisions including amphibians, reptiles, arthropods, and birds and mammals. Numerous preserved specimens were on display highlighting the importance of parasitic work. At least half of the world’s species live in or on another organisms causing the host some measure of harm, while benefiting themselves. Parasites represent a huge reservoir of untapped genetic diversity and capacity, and present astonishing and admirable qualities.

The Division of Fishes had several displays within its area including various preserved species in jars including the often talked about endangered Rio Grande Silvery Minnow. Additionally, several displays of native fishes to various waters throughout New Mexico were featured

With more than 95,000 specimens, the Division of Amphibians & Reptiles focuses on functional and evolutionary ecology while emphasizing the conservation of biological diversity. The collection is highlighted with specimens from throughout New Mexico and other areas. The largest lizard on earth, the Komodo Dragon which can grow up to 10 feet, was featured in this section of the tour.

A poster presentation by Jenna McCullough and MSB director Christopher Witt featuring past and present female ornithology students and associates titled Female Ornithologists of UNM Birds was featured in the Division of Birds part of the tour. Pleistocene raptors at La Brea presented by graduate assistant Oona Takano, was also featured. The Division of Birds maintains a research collection of over 40,000 birds with global coverage.

The tour wrapped up in the Division of Mammals where various pelts and skulls were available for viewing. Students discussed the many features of each, where they were found, and how they were used in research. Several other preserved specimens were on display throughout the museum.

A scavenger hunt also provided an interactive opportunity for attendees to learn from throughout the tour. “I found it to be truly inspiring to walk around the museum during the event and see the extent to which visitors were deeply engaged in conversations with students, collection managers, curators, and other MSB affiliated folks,” said Witt.

For more information, visit the Museum of Southwestern Biology. Interested individuals may also donate to the research mission at the MSB. For more, visit MSB Directors Fund. Additional areas are also available for the various divisions.