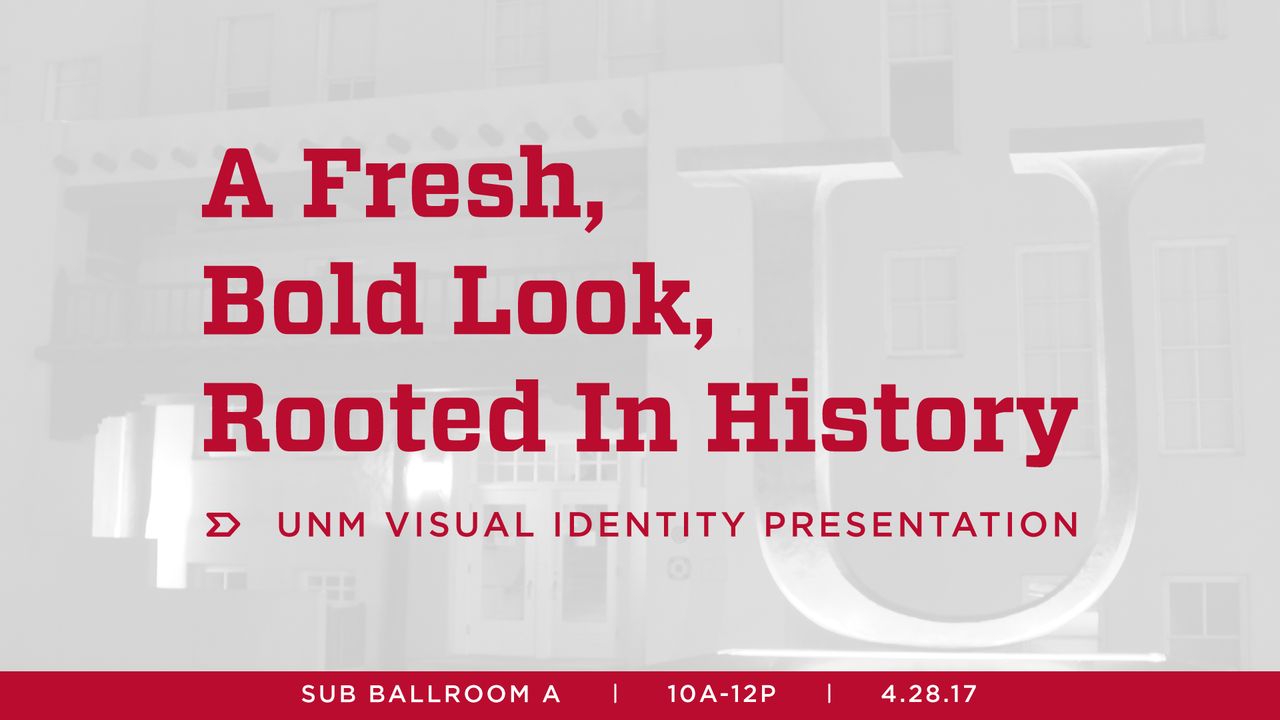 The University of New Mexico could be rolling out a new logo in the Fall, bringing the institution’s primary visual identifier into the 21st century.

The campus community is invited to see the proposed new logo at a presentation on Friday, April 28 from 10 a.m. to noon, in SUB Ballroom A.

After a well-received brand roll-out in early 2016, then-president Robert Frank convened a Visual Identity Committee, chaired by Anderson School of Business marketing faculty member John Benavidez. The committee brought together students, staff, faculty and alumni from across the entire campus, all of whom had experience and professional responsibilities in the areas of design and marketing. The charge was to examine whether or not the current UNM primary logo that was introduced nearly 30 years ago represented UNM in a way that was relevant, unifying and in support of UNM’s branding efforts; and, if not, to make a recommendation to move forward with a new logo.

The committee used existing research and a campus-wide visual identity survey to determine that a new logo would be beneficial for a variety of reasons. The recommendation was given the green light by the President to move into the design phase. After a year of design consideration and evaluation, a final concept was developed.

The committee was very cognizant of the current budget climate, and like many other universities undergoing similar transitions, proposed that any implementation take a cost-neutral approach. Most of changes in the logo would occur through attrition of collateral and as part of normal operational maintenance. The most immediate and visible changes would occur on the website, the institutional promotional video, and digital and social media assets.

Benavidez, alongside UNM chief marketing and communications officer Cinnamon Blair, will present the new proposed UNM logo which reflects both the rich tradition of the institution and a modern expression of the university brand. The concept has already been praised by many students, staff and faculty in preliminary presentations. The logo proposal will include key findings by the committee as well as representations of how the new mark would look in practice.