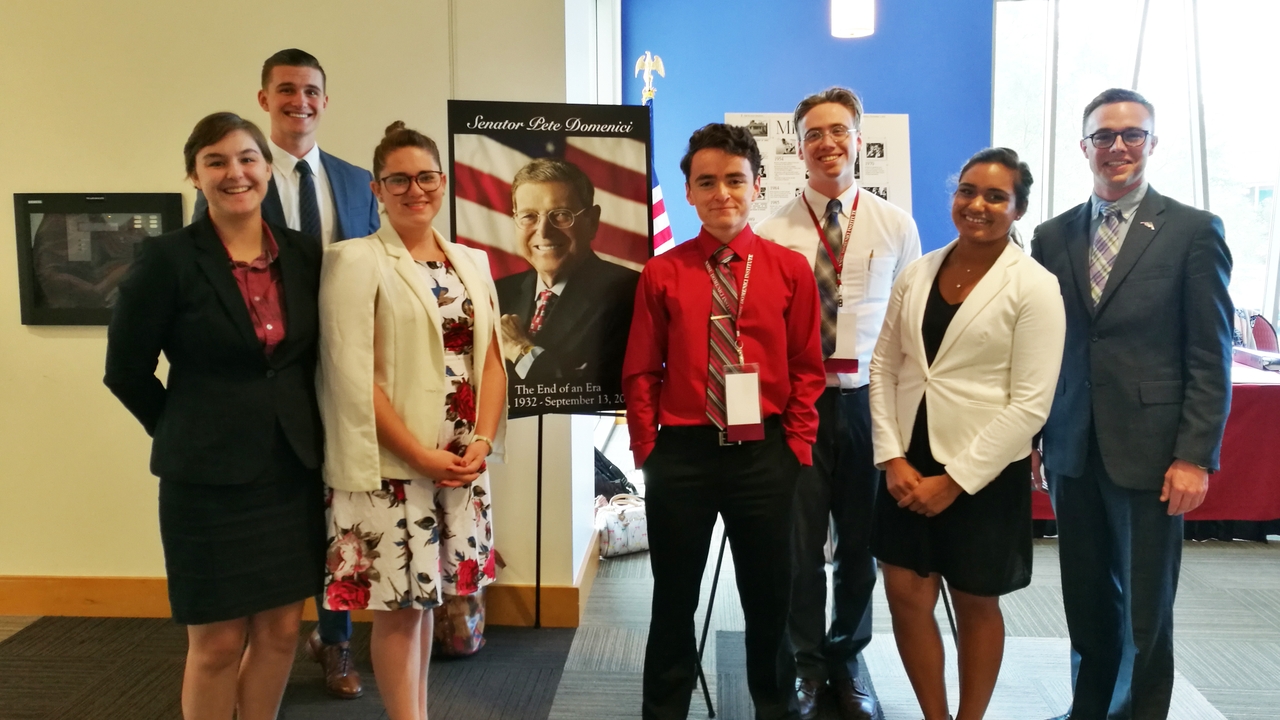 A man known for his leadership and bipartisan approach to solving our state and nation’s problems was set to address an eager group of local college students. The 10th Domenici Public Policy Conference kicked-off on Sept. 13, but to tears not cheers.

The annual Domenici Conference highlights current policy topics with national and local significance. Senator Pete V. Domenici was scheduled to SkypeIn to welcome participants, but that morning the longtime New Mexico senator passed away. A moment of silence opened the two-day conference focused on U.S. Foreign Policy and Workforce Readiness.

This year, seven UNM students were selected by members of the Domenici Institute’s Advisory Council, to participate in the Domenici Conference Student Panelist Program. The program provides opportunity for 20 students from various universities in New Mexico to ask questions to the speakers after each of their speeches.

“I was glad to be involved in a deep discussion with experts and policymakers from across New Mexico and the world,” said Sam Smith, a second-year philosophy student.

The student panelists spent the summer researching information about the speakers and their significant work contributions. They also had to create in-depth questions to engage the speakers.

Tucker Berry, an NSSP scholar majoring in international studies, was particularly pleased with the opportunity to engage directly with the policy-making community.

“After completing my research efforts as a panelist, I now have a more robust understanding of policy issues related to my academic pursuits and experience learning directly from true practitioners of policy,” said Berry.