Graduation for Whitney Johnson is a celebration of many things, but not the end of her academic and basketball career—it isn’t the beginning either. Rather, it’s a bridge to a new adventure where she’ll continue her education both on and off the court.

“I first came to UNM as a young, energetic, wide-eyed and bushy tailed freshman in the summer of 2011. Man, I was terrified,” said Johnson. “The workouts, my class schedule, the size of campus, the upperclassman—it all seemed unconquerably intimidating. Yet, I magically survived and I went in to the fall semester with a false sense of security that I could handle life. I was embarrassingly mistaken.”

After graduating from Lone Peak High School in Highland, Utah, Johnson was recruited by well-known basketball coach Don Flanagan to play for the Lobos.

Johnson had never heard of The University of New Mexico before her conversation with coach Flanagan, but after a visiting UNM’s campus and learning more about the athletic—and just as important to her, the academic opportunity at UNM, she chose to become a Lobo. 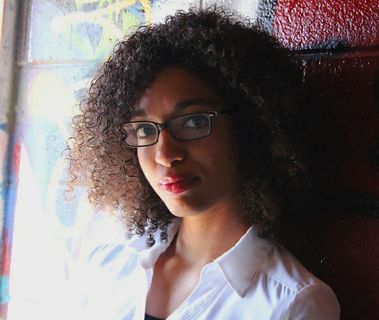 Her first few months of basketball for a Division I school challenged her mind and took her body to the brink of flat-out exhaustion.

“I remember thinking during the warm-up of our second game, how in the world was I going to make it to March, because I constantly felt like 50 lb. truck tires were attached to my legs, mocking me and slowing me down with every step,” said Johnson. “Interestingly, this would be the last game I played my freshman year, so the tire and the weight of my entire left leg, was soon to become a non-issue.”

Playing with all her heart that game, Johnson made a beautiful left-handed lay-up, but just as the ball was released a defender crashed into Johnson causing her to come down on her left leg—pop!

With a torn ACL, MCL and a partially torn meniscus, she was out for the season. In hindsight, this injury was a silver-lining for the longtime athlete.

“It gave me the opportunity to really focus on my academics,” said Johnson. “I was always a good student—this allowed me to get to know my professors and focus more on my schooling.”

Crediting her faith in God and a renewed confidence from getting herself into the best shape of her life, Johnson returned to the court for a redo of her college basketball career. 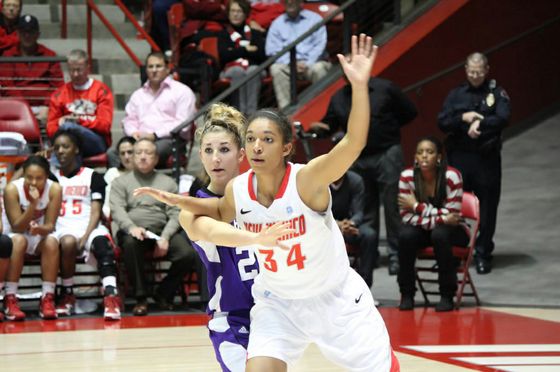 Whitney Johnson playing the post position in a game against Weber State.

“The mental insecurities of the season before had vanished and I felt like the young, energetic freshman again,” she recalled. “I could run—sprint faster than I ever had.  I was a top performer in the weight room. I was loving life and I knew, I just knew, that the upcoming basketball season would be the best season of my life. I had worked tirelessly and I knew my payday was coming soon. “

But sadly it wasn’t. During practice for what would have been her second season fatigue took it toll on Johnson’s body.

“We had only been conditioning for 45 minutes. The final sprint had come. Now I was most definitely tired—really tired.  But there was only one more to go. ‘I got this,’ “Johnson recalled whispering to herself. “The whistle blew. I got off. One line down, three to go. Second lined reached. ‘One more down and back’ I told myself.”

Right as Johnson was about to touch the second line, she felt a sharp pain in the heel of her left foot.

“Time stopped,” she said. “As I fell to the ground, seemingly in slow motion, I thought, who is throwing things at my feet?  Where did the hammer come from?”

The assistant weight coach had been standing at the line to make all of the players touched it. Johnson had no clue what could have inflicted such pain.

“Somewhere in the muggy cloud of my thoughts I thought how rude of the assistant coach to throw such an unexpected obstacle. I somehow also had time to consider if maybe I had misjudged the line and had somehow stepped on or hit the base of the basketball hoop, but as I landed on the floor I suddenly knew I was hurt. I had torn my Achilles’ tendon.”

Out for yet another season, deep despair turned into a new beginning for Johnson. It wasn’t just the beginning of healing physically, again—it was the beginning of getting to know herself outside of her identity as a collegiate athlete.

“As a member of The Church of Jesus Christ of Latter-Day Saints, many of us make the personal decision to serve what we call a mission,” she said. “It had always been a dream of mine to serve, but I figured I would wait until my college basketball career had ended.”

Embarking on a new journey, with permission from her coach, Johnson went to Mexico City where she would spend the next year and a half of her life as a missionary.

“I came home a changed person. I loved more. I understood how to serve. I strengthened my faith to the point that I could accept whatever challenge God threw at me,” said Johnson. “I now knew that everything happens for a reason.” 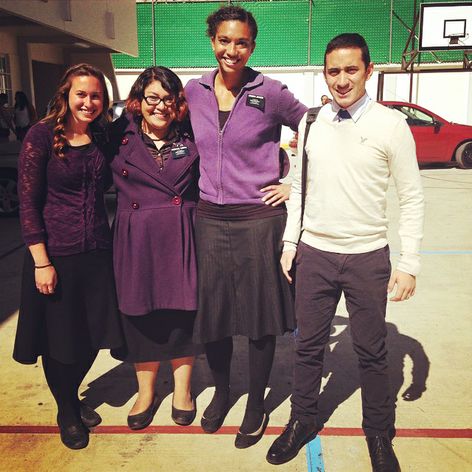 Upon her return home, getting back to the business of basketball was difficult. But with a greater awareness of her body and an unrelenting focus to succeed, Johnson found a balance that would protect her body, spirituality and academics.

The completion of her second official season as a forward and center for UNM’s women’s basketball came and went without injury. As the season recently wrapped up, so did Johnson’s studies.

With an impressive 4.13 GPA, Johnson is graduating this May with a Bachelor’s of Arts degree in Business from UNM’s Anderson School of Management.

“Because of my love for basketball, I went through some of the most difficult trials of my life,” Johnson reminisced. “Basketball gave me the opportunity to fulfill a life-long dream of serving a mission and has allowed me to come back and continue to serve in a different capacity. It has given me the chance to pursue an education and growing intellectually.”

This summer, Johnson is transferring to Southern Utah University to finish her last two eligible years of college basketball and a master’s degree.

Her time at Southern Utah will be a family affair of sorts. Johnson’s younger sister and best friend, Kiana is a guard on the women's basketball team and sweetly enough, her parents can now attend games to cheer on their daughters at the same school where they both played basketball—and fell in love.