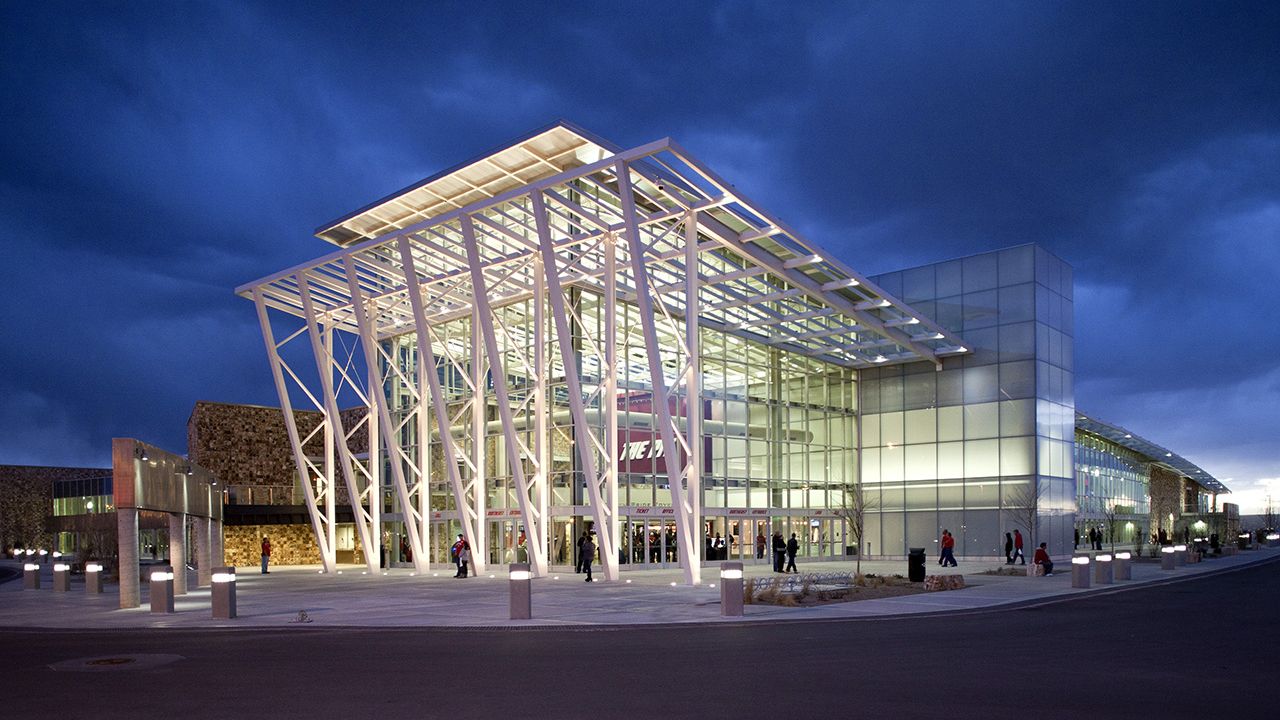 WisePies Arena, a.k.a. The Pit included in new report on LEED green building

The U.S. Green Building Council released its LEED in Motion: Venues report, which highlights the efforts of convention centers, sports venues, performing arts centers, community centers and public assembly spaces to transform their environmental, social and economic footprint through LEED (Leadership in Energy and Environmental Design) certification. The report showcases some of the most impressive green venues around the world including WisePies Arena, a.k.a. The Pit.

Venues are large contributors to the U.S. economy. The U.S. Bureau of Labor Statistics reports that the number of conventions and events is expected to expand by 44 percent from 2010 to 2020 – far outpacing the average projected growth of other industries. Annually, the top 200 stadiums in the U.S. alone draw roughly 181 million visitors, and roughly 60 million people worldwide attend a consumer or industry trade show. Waste Management estimates that the NFL, MLB, NBA and NHL generate a combined 35,000 metric tons of CO2 each year from their fans’ waste. The convention and trade show industry, one of the largest global contributors to waste, produces an estimated 60,000 tons of garbage each year.

John Pate, vice president of architecture with MolzenCorbin, the firm hired to design The Pit renovation, said, “Nothing is more sustainable than reuse of an existing facility. Built in 1966, The Pit is one of the most unique and acclaimed sports venues in the world. Saving the building from demolition while preserving its cherished atmosphere set up conditions to accomplish the most sustainable of design and construction efforts: Reimagining an exciting sports venue, reusing all that was good and integrating new, sustainable technologies.”

Venues that incorporate LEED, the world’s most widely used green building rating system, into their buildings enjoy increased cost-savings, decreased annual operating costs and a higher return on investment overall. According to the 2015 Green Building Economic Impact Study, from 2015-2018, it is estimated that LEED-certified buildings in the U.S. will have saved more than $2.1 billion in combined energy, water, maintenance and waste savings.

“The scope and scale of the venues industry is enormous, and the leaders creating these spaces have an important role to play in reducing environmental impact,” said Mahesh Ramanujam, president & CEO of USGBC. “By incorporating green practices, venues around the world are positively impacting their triple bottom line – people, planet, profit – while inspiring and educating others to be proactive in the areas of social responsibility and sustainability.”

LEED is used in more than 164 countries and territories with international demand continuing to grow. According to the Dodge Data & Analytics World Green Building Trends 2016 SmartMarket Report, global green building continues to double every three years. In the next 10 years, green building’s growth rate is expected to continue at both the domestic and international levels. USGBC’s recent Green Building Economic Impact Study analyzed the economic impact of green construction on the U.S. economy and found that LEED-certified buildings account for 40 percent of the green construction market’s contribution to the U.S. GDP in 2015. The report also projected that by 2018, green construction will account for more than 3.3 million jobs and generate $190.3 billion in labor earnings in the U.S.

LEED in Motion: Venues is the latest in a series of reports from USGBC designed to provide a holistic snapshot of the green building movement. The report equips green building advocates with the insight and perspective to understand the use of the globally recognized LEED rating system and to make a strong case for sustainable building activity.