“I believe Rich’s experience will provide much-needed continuity in Academic Affairs as we approach our HLC reaccreditation site visit and deal with multiple initiatives in the coming few months,” Stokes said in a campus message. “I am confident that he will capably manage Academic Affairs and will keep the academic mission moving forward.” 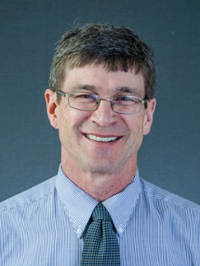 Currently, Wood, a professor in UNM’s sociology department, serves as senior vice provost, a position he’s held since 2017 first as interim. He was appointed to the permanent position this past June. Wood has previously served UNM as president of the Faculty Senate, co-chair of the Committee on Governance, chairperson of the Department of Sociology, director of the Religious Studies Program, special advisor for strategic initiatives in the Office of the Provost, and in various other committee roles at the college and university level.

He has helped lead major nationally-funded research projects on religion and democracy in the United States, Central America and the Middle East. He has served on a variety of community service boards at the local and national levels.

Wood holds a Ph.D. in sociology from UC-Berkeley, an M.A. degree in theology from the Graduate Theological Union, and a B.A. in chemistry from UC-Davis. Wood was raised in northern New Mexico and is an avid skier, flyfisher, and hiker; on a good day, he can also shoot a basketball. Wood and his spouse Dana Bell raised their two now-adult children in Albuquerque.

In addition, Stokes also appointed Anderson School of Management Dean Craig White as the search chair for the position of executive vice president for administration, chief operating officer and chief financial officer, a position David Harris will vacate with his retirement on Dec. 31, 2018. A diverse group of committee members will be announced for that search in the coming weeks.

Both searches will launch in early September 2018 with the assistance of a national search firm. Further updates regarding the searches will be posted on the Executive Search website.