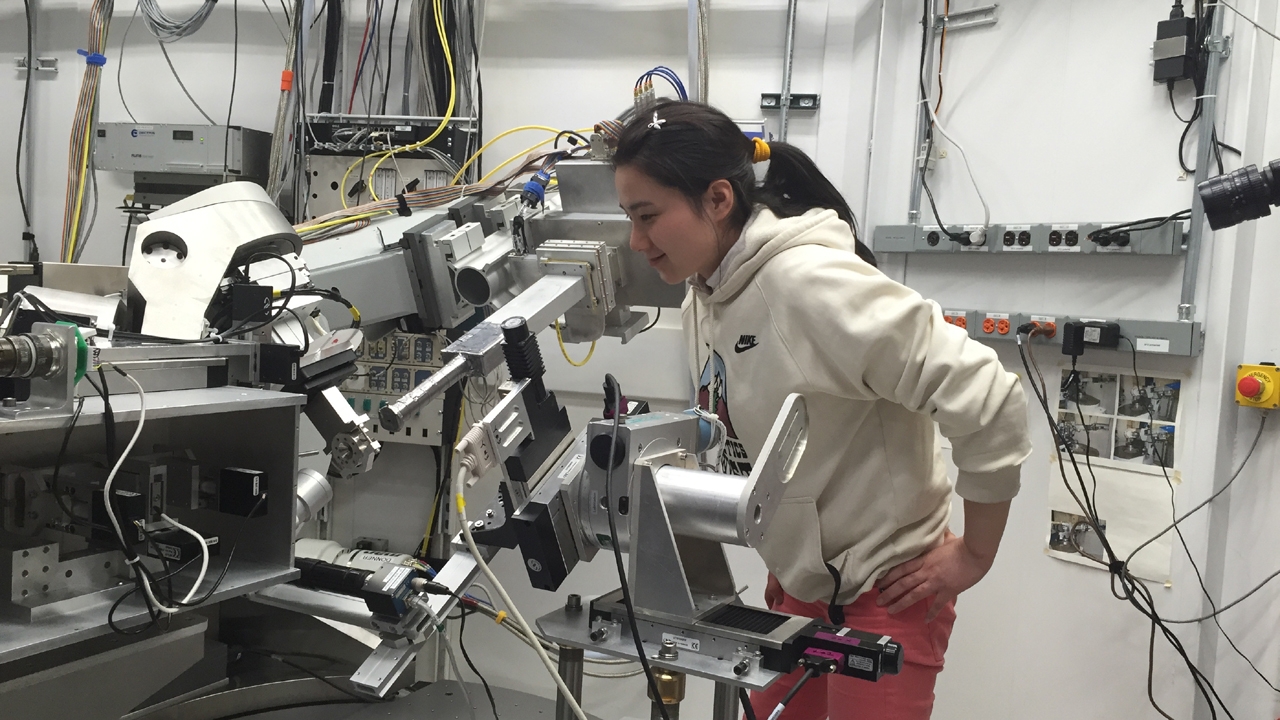 Jin Zhang, an assistant professor in The University of New Mexico's Department of Earth and Planetary Sciences, was recently awarded a $600,000 National Science Foundation CAREER grant to pursue new research on the elastic anisotropy of mantle minerals and potential relationships with mantle flows.

The Faculty Early Career Development, known as the CAREER program, offers the NSF’s “most prestigious award.” It aims to acknowledge early-career faculty who are establishing a foundation to be leaders in both research and education in their respective fields.

The goal of Zhang’s research is to better understand mantle flow induced seismic anisotropy that is observed underneath the Earth’s plates. Mantle flows in the Earth’s interior are responsible for many geological processes taking place on the Earth’s surface, such as volcanic eruptions and earthquakes near subduction zones, according to the project description. Subduction zones are areas where two tectonic plates collide and one plate descends under the other plate.

“It’s a very chaotic region as you are sort of injecting a lot of the surface and near-surface materials downward,” Zhang said. “The flow pattern is complicated, and the chemistry of the materials injected into the Earth’s interior is also very different from the bulk average composition of the Earth’s interior. That is why it actually matters.”

In order to get an understanding of the mantle flows in the subduction zone regions, Zhang must first understand the elastic anisotropy of the minerals that are expected to be presented at the same pressure temperature environments. Elastic anisotropy describes the difference of the seismic wave speeds, which are sound speeds as well, traveling within a mineral grain along different directions.

“The minerals and rocks are quite soft inside the Earth,” Zhang said. “Any flow in the Earth’s interior can easily orient the mineral crystals along particular directions. So, if a seismologist measures the speeds of the sound along different directions, he or she will get different values.”

The laboratory measurements Zhang proposed to perform will provide insights to quantitatively bridge the mantle flow field models and the seismic anisotropy observations.

Zhang utilizes physics and engineering methods to fabricate the samples and perform sound velocity measurements in her research.

The other technical challenge is to recreate the immense levels of heat and pressure at the relevant depths in the Earth’s interior.

“In order to generate very high pressures, we can either utilize a giant press, which provides exceedingly large force or we can just make the area to be really, really small,” Zhang said. “Then people like me, like you, can generate extreme pressures.”

The high temperature condition can be generated by a mixture of resistive heating and infrared laser heating methods. Zhang said that it is “impossible” to reach the temperatures she is striving for with just heated wire and no lasers.

As a part of her CAREER project, Zhang is also reaching out to local high school students who are interested in a STEM career, and try to engage them with her research.

Zhang said she was excited to work with an “impressive” Albuquerque High School student Caroline Pierotti over the past year. She co-authored two papers with Zhang and now is an undergraduate student at Oberlin College

“I would like to expand this kind of practice with more and more students, especially for those who are female or from underrepresented ethnic groups” Zhang said. “I think it would be really good for them to be exposed to real scientific research at a very early stage of their career”

As a female scientist originally from China, she noticed many female students were heavily influenced by the gender-based stereotypes and were discouraged to pursue STEM careers, Zhang said.

Through her own personal experience, Zhang realized the important role of an instructor or teacher to attract more female and underrepresented students in the STEM field.

“Through the scientific research training as early as high-school, I hope more students at least consider, at least give a try to a STEM discipline,” Zhang said. “It’s not that hard!”