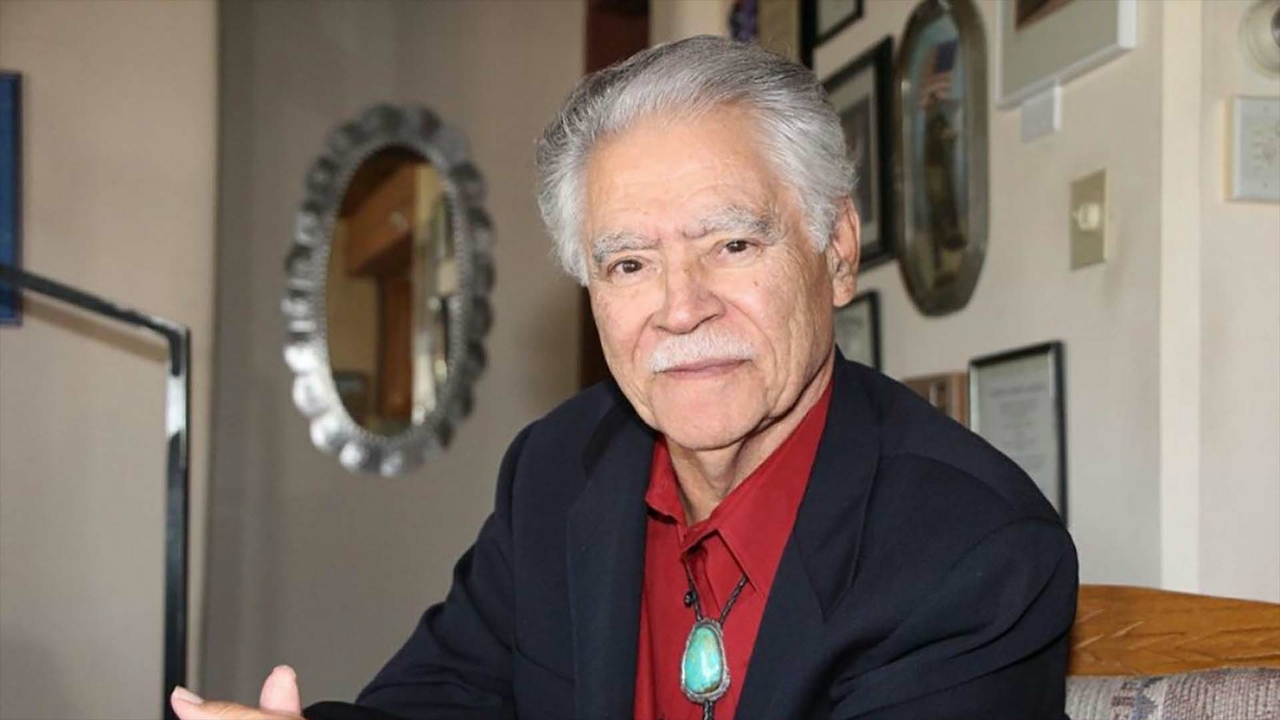 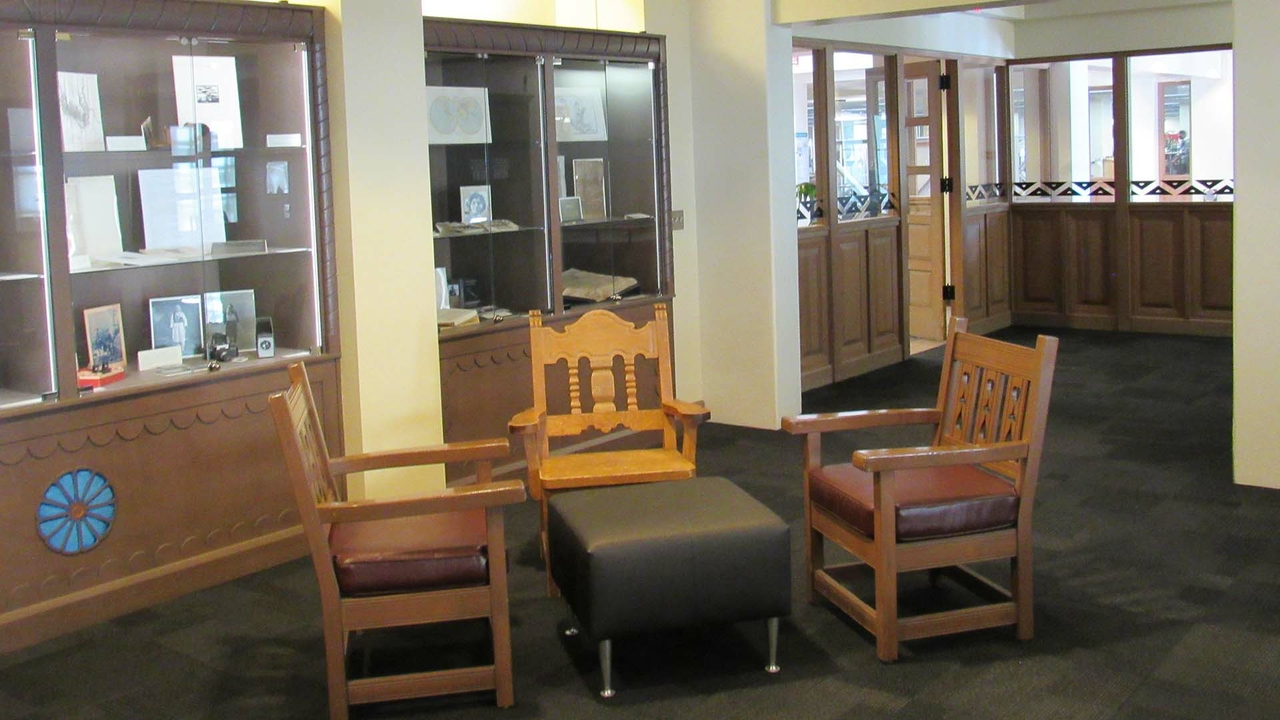 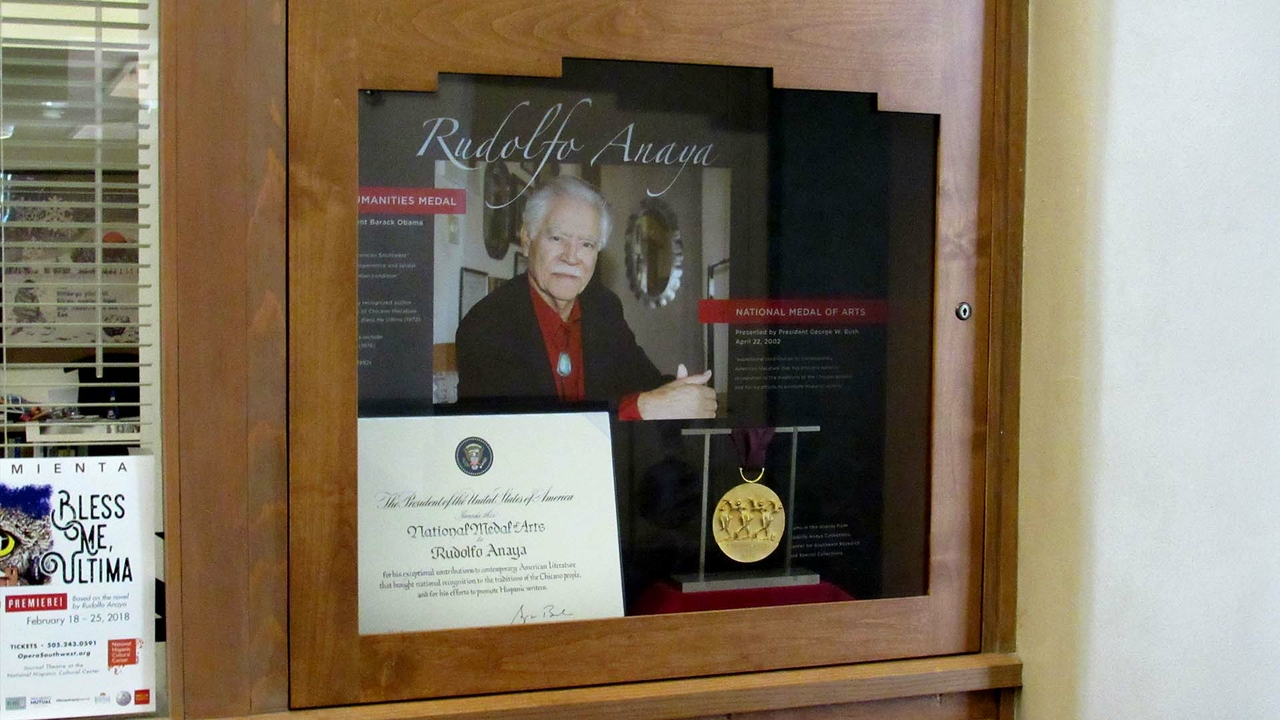 Plans are being made to renovate a space in Zimmerman Library at The University of New Mexico to honor literary great, Professor Emeritus Rudolfo Anaya, who died last year at the age of 82. Known as “Rudy” to his friends and colleagues, Anaya is recognized worldwide as the Godfather of Chicano letters and is best known for his book Bless Me, Ultima, possibly the mostly widely read book of all time in the Chicano literary canon.

Anaya is one of New Mexico’s most important writers, recognized nationally and internationally for his first novel, Bless Me, Ultima (1972), and the author of sixteen additional novels, including three for young adults; 11 children’s books; four edited anthologies; three books of poetry; a travelogue; a collection of plays; and numerous contributions to journals, magazines, and anthologies of fiction, non-fiction, and essays on the Southwest. The countless books, articles, essays, and dissertations about Anaya’s work reflect his impact and inspiration to our local community and to the greater literary world.

In addition to his published work, Anaya collaborated with Mary Rose Montalvo to establish and support the Rudolfo Anaya I Love to Read Summer Reading Program. The “Rudolfo Anaya I Love to Read Day” is now a New Mexico state holiday, falling on Anaya’s upcoming birthday, October 30. President George W. Bush awarded Anaya the National Medal of the Arts and President Barack Obama awarded him the National Humanities Medal in 2017.

In 2005, Anaya donated the first part of his manuscript collection to the Center for Southwest Research and Special Collections in Zimmerman Library, and he donated the remainder of his collection in 2019.

Many beautiful tributes and public celebrations of Anaya’s life have poured in since his death, noted Carol Kennedy, Director of Development for the College of University Libraries and Learning Sciences and Honors College, and now UNM has approved a more lasting tribute to him: the creation of a dedicated space to showcase the incredible body of work he left, not only for UNM, but for the entire community.

The department is asking for donations to help build the lasting tribute.

Anaya’s niece, Belinda Henry, approached him with the idea several years ago. Anaya agreed that Zimmerman would be an appropriate location.

“He was thrilled at the idea and encouraged her to pursue it,” Kennedy said. The proposal was then brought to Library leadership, and the university naming committee, and met with resounding approval. The idea is to establish a communal living space or ‘sala’ for students, staff, faculty, and community members.

“The Rudolfo Anaya Sala will be available for anyone passing through this high traffic area, or for anyone wanting to sit and reflect. It will be open to students, faculty, staff and the community. We hope it evokes a sense of tranquility and inspiration,” Kennedy observed.

The current space is divided into two parts. The larger space is currently furnished with some aging wooden chairs and glass display cases full of vintage UNM memorabilia. One is empty leading to a storage closet. Nearby is a glass cabinet that holds a photo of Anaya and the National Medal of Arts presented to him by Bush in 2001.

Designs will be drawn up when the planning committee starts its work in 2022. The space will feature new furniture, a large video screen, signage, and display cases showcasing Anaya’s memorabilia.

Kennedy is excited about the video wall to be installed on a currently blank surface, which will display a rolling loop of Anaya’s work throughout his time at UNM with photos, memorabilia, and other video.

“The space is important because Mr. Anaya earned three degrees at UNM and taught at UNM for nearly 20 years,” Kennedy said. “He established the Creative Writing Program in the English Department, which also runs a sequence of Chicana/o literature courses at the undergraduate and graduate levels. UNM also has a nationally recognized Chicana/o studies program and a diverse Lobo community. His groundbreaking work explores the human condition and has had great influence on Chicano/a literature. The University of New Mexico is privileged to also hold a significant portion of Anaya's manuscripts and papers in its library special collections.”

The department is asking for contributions to establish the sala. The target goal is $40,000.

“We are approximately one-third of the way towards our goal, thanks to so many wonderful donors. Contributions will be used to help with wiring the area for the video wall, new display cabinets and furniture, and signage,” Kennedy said. Those wanting to contribute, can visit the Rudolfo Anaya Sala Fund - The University of New Mexico Foundation.

“The main thing we want people to know is that this honor means so much to the university, the library, the many students whom we serve, but most of all, it means that we keep Mr. Anaya’s memory alive inside the library that he loved so much and everyone who enters the space can be inspired and we can proudly convey how much he meant to our lobo community and the country.”