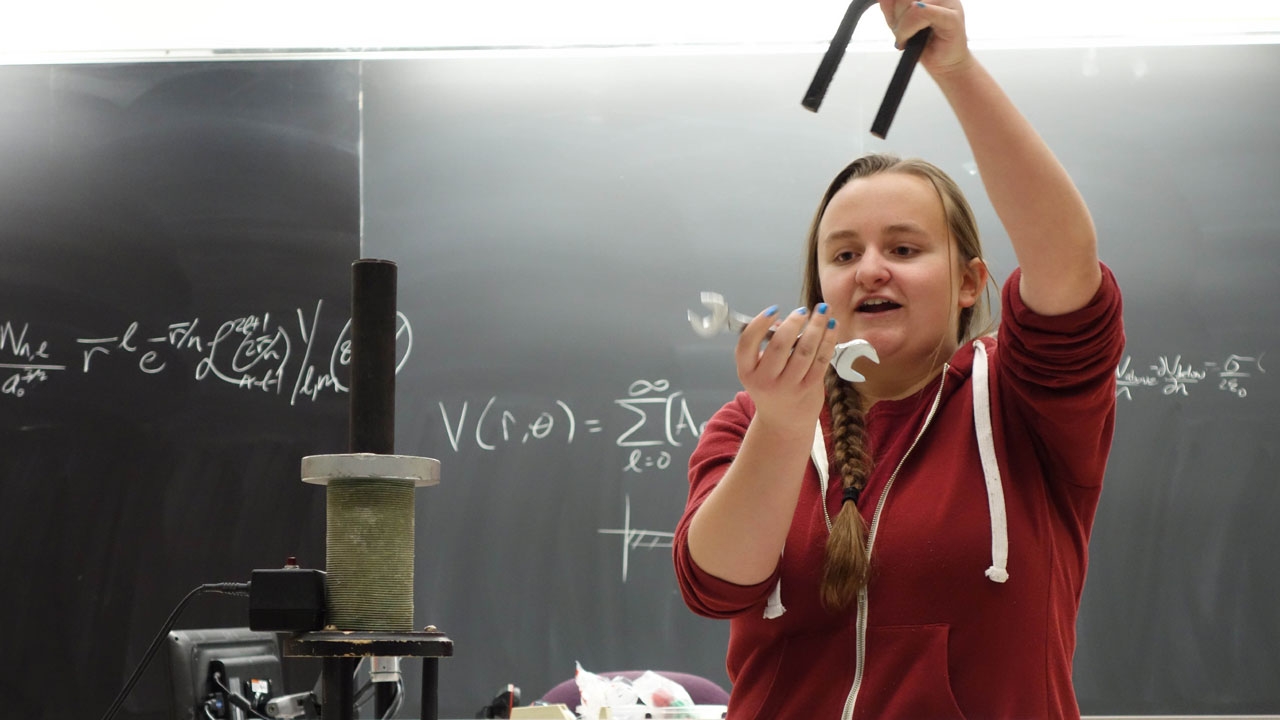 Undergraduate Lauren Zundel has been awarded the New Mexico Space Grant Undergraduate Research Scholarship. This award will give Zundel the resources to better understand the optical response of arrays of nanostructures, with applications in solar energy harvesting and biosensing.

“It’s very exciting and a great honor to receive this award,” said Zundel, a junior in the UNM Physics and Astronomy Departmrnt. “It feels really amazing knowing that the work I do and enjoy so much is contributing to the advancement of both technology and fundamental knowledge about physics—and that it’s important enough that NASA cares about it too!” 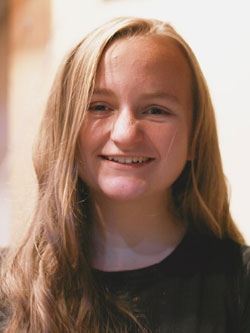 Zundel’s research looks at how the behavior of arrays of nanostructures changes as the number of structures is increased. This is something worth investigating because it’s quite convenient (and common) to assume infinite arrays for simulations and calculations—but there is no such thing as a truly infinite array. Zundel wants to discover how big a system needs to be before it can be considered “infinite.” This research can help in designing systems that absorb light well, which is useful for solar energy harvesting.

Zundel has already published two research papers on this subject, and has also given several research talks. In October, she received the "Best Undergraduate Research Talk" award at the 2017 Four Corners Meeting of the American Physical Society, held in Fort Collins, Colo.

The Undergraduate Research Scholarship opportunity is open to full time undergraduate students enrolled at any community college or university in the state of New Mexico majoring in the field of science, technology, engineering or math. Scholarships are competitively awarded based on application information including research project, its alignment to NASA, faculty letter of recommendation and GPA. These awards fund students to work on research at the level of $5,000 for two academic semesters.