Aerial-based Observations of Volcanic Emissions (ABOVE) project is taking science to the next level using drone technology. 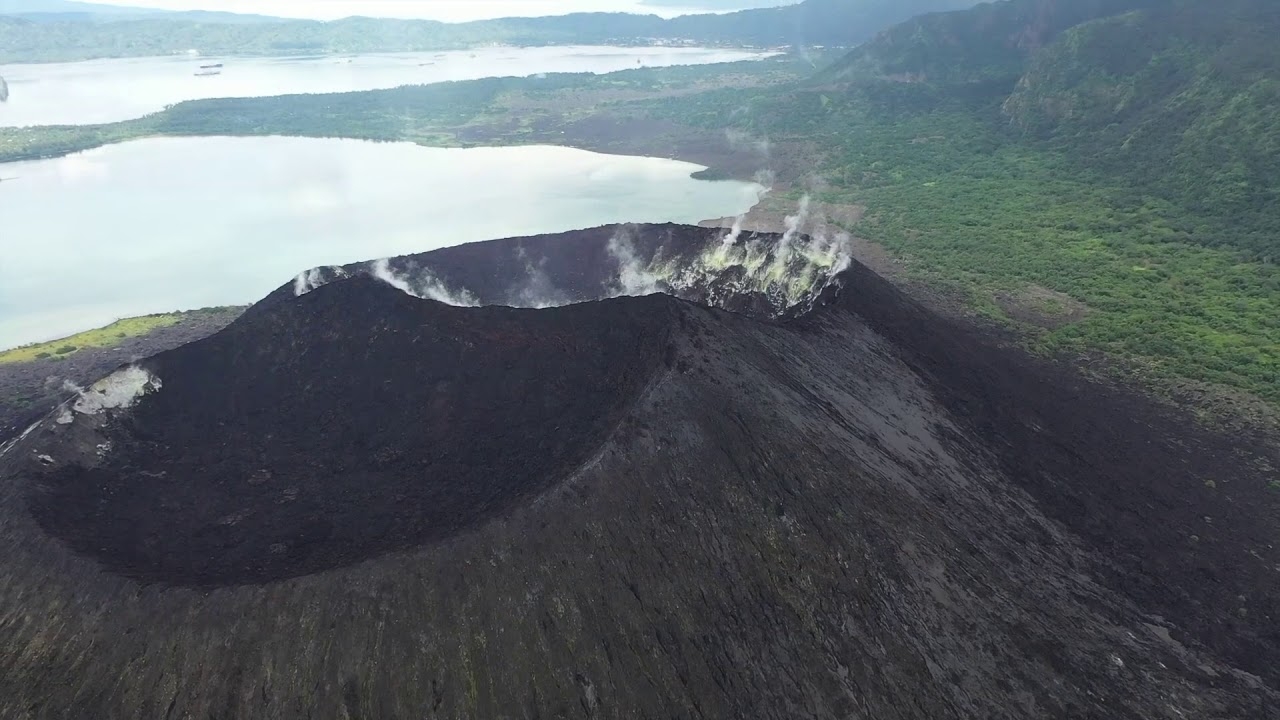 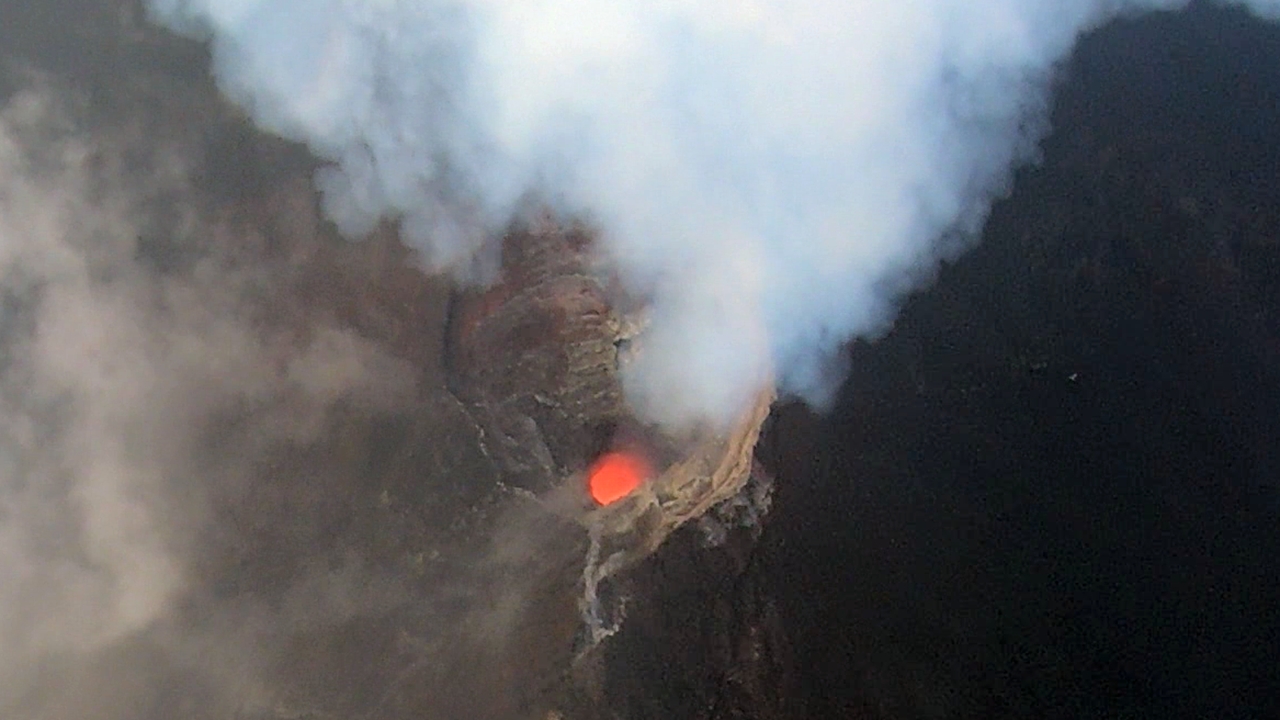 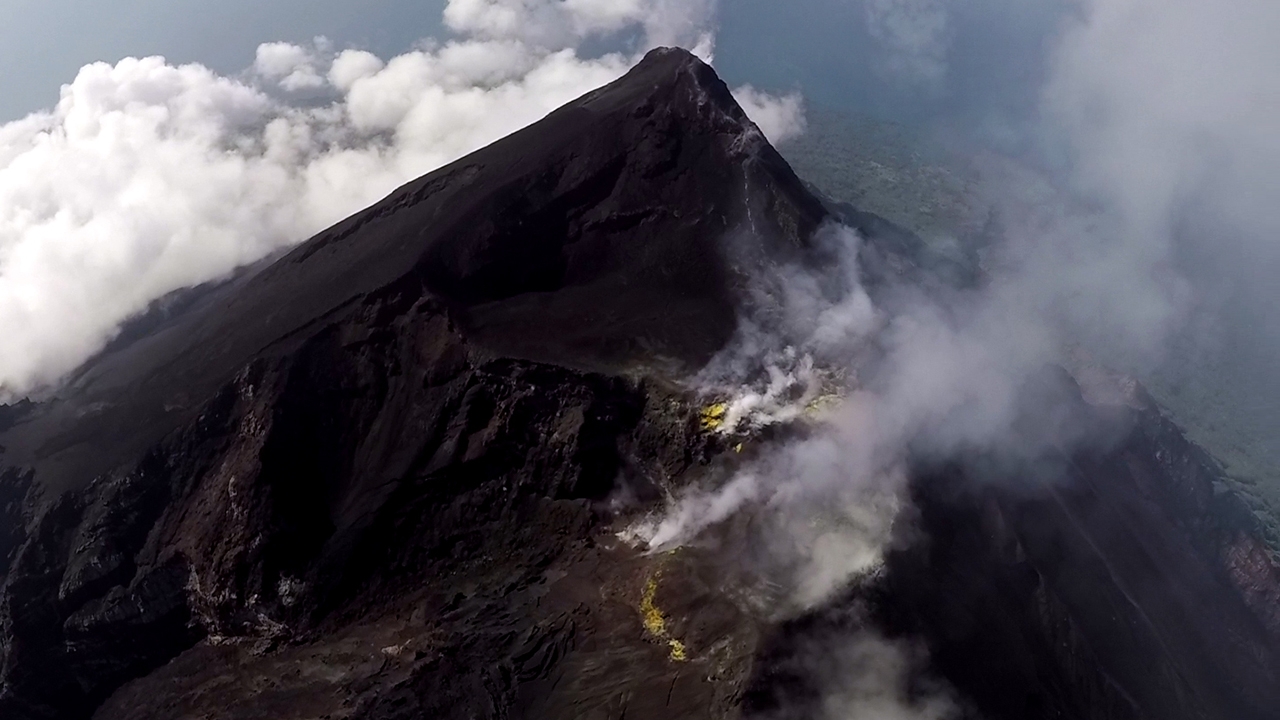 The Manam Summit in

Papua New Guinea following an eruption in August 2018. The image is the first-ever acquired using an unmanned aircraft. Two regions of strong degassing can be clearly identified from the drone imagery.

A new documentary created and produced by the Deep Carbon Observatory (DCO), a scientific organization dedicated to investigating how the deep carbon cycle drives our world, illustrates in stunning fashion the ability of drone technology to help drive scientific research.

These days, technology is allowing scientists the means to conduct research that was previously just a dream. Now, what was seemingly out of reach over the years is within reach as demonstrated in a new, international collaborative project titled Aerial-based Observations of Volcanic Emissions (ABOVE).

ABOVE is changing the way scientists sample volcanic gas emissions through DCO conducted research. DCO ABOVE is the second part of a DCO-funded project to explore volcanic emissions in Papua New Guinea using cutting-edge drone technologies.

Harnessing recent advances in drone technology, Unmanned Aerial Systems (UAS) in the ABOVE fleet are able to acquire aerial measurements of volcanic gases directly from within previously inaccessible volcanic plumes. This project transcends traditional disciplinary boundaries, bringing together scientists, aerospace engineers, and pilots to target some of the world’s most inaccessible but strongly degassing volcanoes.

This project uses innovative UAS technologies, drones with miniaturized gas-sampling equipment, to collect volcanic gas measurements at Manam and Tavurvur (Rabaul) volcanoes in Papua New Guinea. These volcanoes are actively degassing, but little is known about them because their plumes are difficult to access using ground-based techniques. Harnessing recent advances in drone technology, UAS in the ABOVE fleet are able to acquire aerial measurements of volcanic gases directly from within previously inaccessible volcanic plumes.

This past May, an international team of scientists led by Emma Liu of the University of Cambridge, that also included University of New Mexico Professor and volcanologist Tobias Fischer in the Department of Earth and Planetary Sciences, undertook an ambitious field deployment to the two volcanoes – in Papua New Guinea – both amongst the most prodigious emitters of sulphur dioxide on Earth, and yet lacking any measurements of how much carbon they emit to the atmosphere. The UNM team also included Dr. Scott Nowicki, Adjunct Professor in Earth and Planetary Sciences,  Matthew Fricke, assistant professor, Computer Science and Jarett Jones, an undergraduate student in Computer Science.

The team deployed multiple drones outfitted with gas sensors, spectrometers, and sampling devices to acquire near-vent measurements of carbon dioxide and other gases. These measurements will feed into the Deep Carbon Observatory’s DECADE project, which aims to quantify the global flux of carbon from volcanoes.

Filmmaker Zach Voss of Retroscope Media accompanied the science team to document what it’s like to work and live in such a remote environment. Voss has provided a spectacular glimpse into the challenges, successes, and experiences of field research at the cutting edge of technology.

ABOVE and Beyond (sizzle) from Zach Voss on Vimeo.

The full 20-minute documentary is available on the Deep Carbon YouTube channel.

The team also includes scientists from the UK, Italy, USA, Papua New Guinea, Sweden, Germany and Costa Rica, and is led by Emma Liu of the University of Cambridge. The project is uniting several groups working on volcanic aerial gas measurements around the world. Through this work at Papua New Guinea, they hope to optimize methods for data collection using equipped drones, and develop easily adoptable, standardized methods for future field deployments.

Fischer is leading a UNM volcano drone project that also involves Professor Melanie Moses and  Fricke in UNM’s Computer Science Department and Jones. Fischer says “the project is moving forward and we are getting results from Papua New Guinea.” They are also taking a drone to Bolivia early next year for an NSF-NERC funded international project.

The impact of Earth’s carbon is immense. Ninety percent of Earth’s carbon resides inside the planet, yet scientists are only just beginning to understand the many ways deep carbon impacts the oceans, atmosphere, and life at the surface. That’s why in 2009 a team of scientists launched an international collaboration, with the support of the Alfred P. Sloan Foundation, to investigate how the deep carbon cycle drives our world.

DCO brings together a multidisciplinary group of scientists, including geologists, chemists, physicists, and biologists. The DCO Science Network, is made up of more than 1,200 scientists from 55 countries, involving scientists at all stages of their careers.