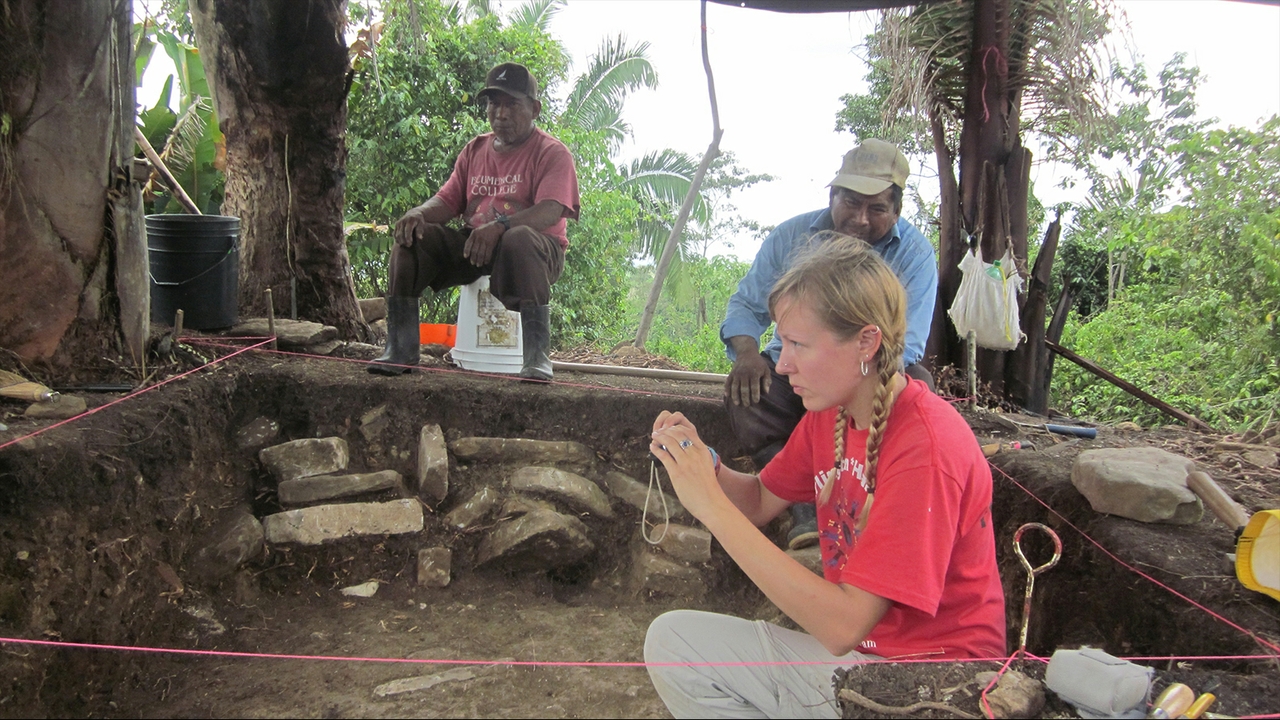 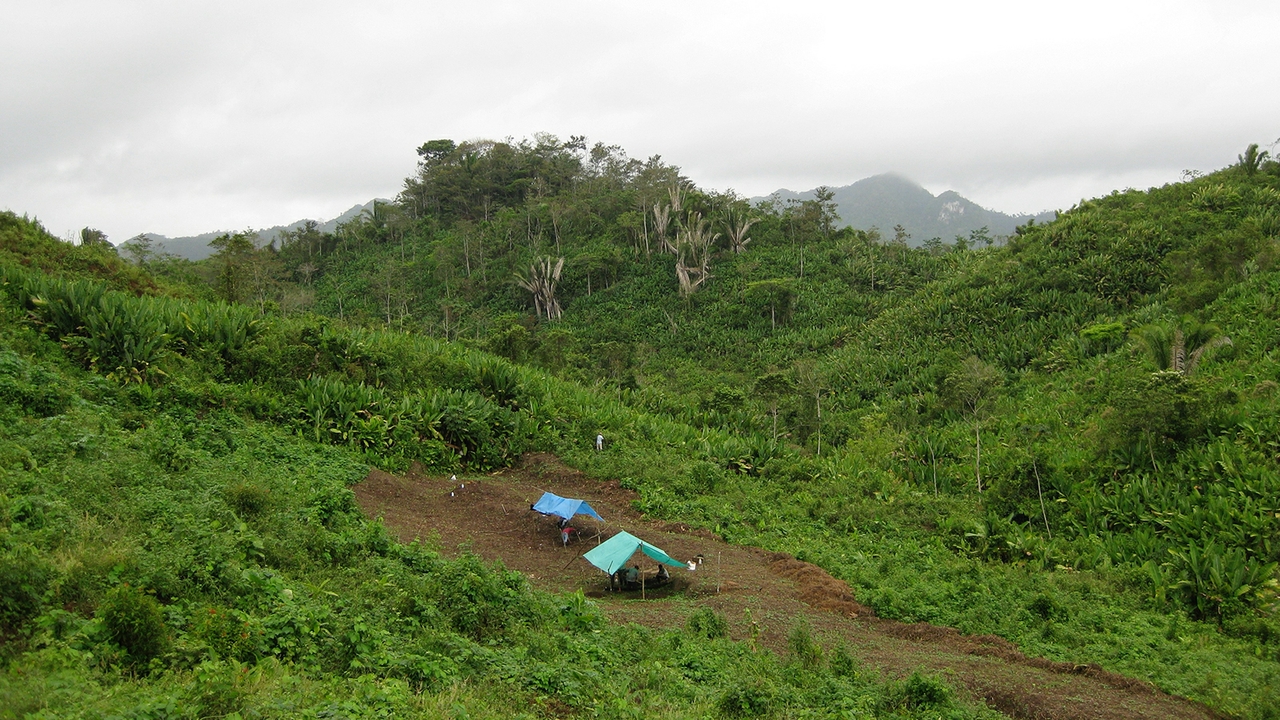 Every society has some degree of wealth inequality  ̶  over history, across continents, there always seem to be some people who have more than others. But the amount of inequality differs  ̶  in some civilizations, a few powerful people have nearly all the wealth, whereas in others, it’s more spread out.

In a new study in PLOS ONE, University of New Mexico alumna Amy Thompson, who graduated with a Ph.D. in Anthropology in 2019, and UNM Anthropology department  professor Keith Prufer report on their findings after examining the remains of houses in ancient Maya cities and comparing them with other Mesoamerican societies. 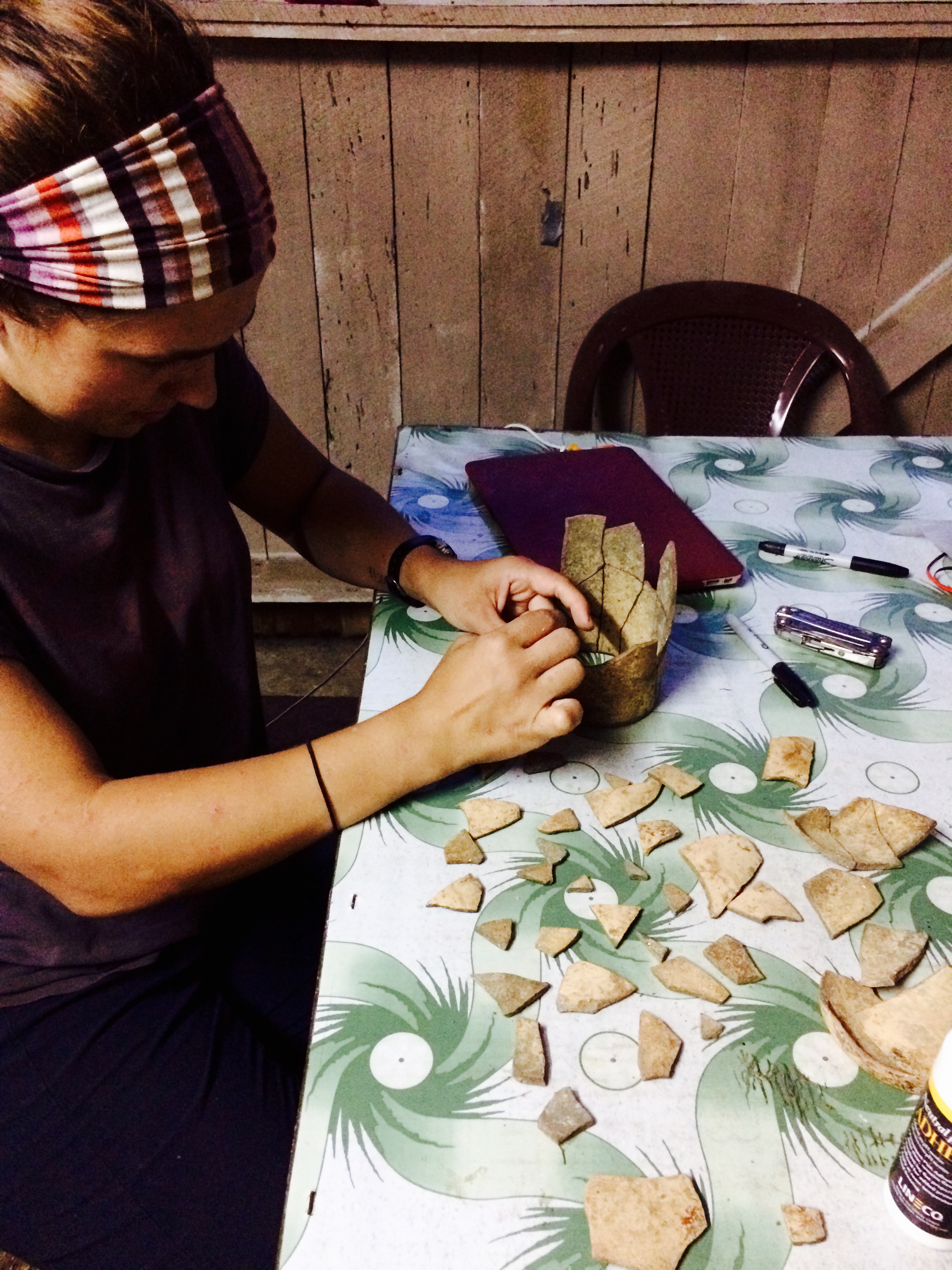 They found that the societies with the most wealth inequality were also the ones that had governments that concentrated power with a smaller number of people.

“Differences in house size are a reflection of wealth inequality,” said Thompson, who is now a postdoctoral researcher at Chicago’s Field Museum, new assistant professor at University of Texas at Austin, and corresponding author of the PLOS ONE study. “By looking at how house size varies within different neighborhoods within ancient cities, we can learn about wealth inequality in Classic Maya cities.”

There are millions of Maya people alive today, but the period that archaeologists refer to as the Classic Maya civilization dates to 250-900 CE. Classic Maya society stretched across what is now eastern Mexico, the Yucatan Peninsula, Guatemala, Belize, and western El Salvador and Honduras, and it was composed of a network of independent cities.

“Rather than being like the United States today where we have one central government overseeing all the states, Classic Maya civilization was a series of cities that each had its own independent ruler,” Thompson said.

Across Mesoamerica, these political systems varied  ̶  some shared power more collectively, while others were more autocratic and concentrated power in a smaller group of individuals. Archaeologists use a variety of clues to infer how autocratic a state was.

“We look at the way they represented their leadership. In burials, are certain individuals treated completely differently from everyone else, or are the differences more muted?” said Keith Prufer, an author of the UNM study. “Another key is to look at palaces. When you have very centralized palace buildings or funerary temples dedicated to a ruling lineage, the government tends to be more autocratic. In societies that were less autocratic, it’s harder to determine where rulers lived or even who they were.”

In this study, the researchers wanted to know how the governmental structure affected the distribution of wealth among the people. They note that in more autocratic societies wealth inequality is pronounced between different social groups, and also between people living in the same neighborhoods who were previously assumed by archaeologists to be economic equals. Much of this inequality is linked to access to market goods or trade networks.  To learn about how wealth was dispersed across the community, they analyzed the remains of ancient houses.

Factors like house size don’t give an absolute picture of wealth  ̶  or instance, a one-bedroom apartment off Central Park might be worth more than a two-bedroom in Queens, or a whole house in rural Kansas.

“Everything is looked at in a relative sense,” says Gary Feinman, the Field Museum’s MacArthur curator of anthropology and a co-author of the paper. “We’re comparing houses within a neighborhood to each other, and it still reveals a pattern. It would be like if you compared all the houses in Kansas, some might be bigger than the houses in Manhattan, but that relative pattern of wealth distribution in Kansas, as compared to Manhattan, would still tell you something about wealth differentials in both areas.”

To study Maya houses, the researchers looked at a number of variables beyond just size.

“Using household archaeology, we can get at the interactions and relationships between the people,” says Thompson. “We document where these houses are on the landscape, how big they are, where they’re located in relationship to each other, and which resources  ̶  like water and good agricultural land  ̶  are nearby.” For further clues about the distribution of wealth, the researchers also excavated houses to learn about the types of ceramics and stone tools that the people used.

The researchers found that patterns of wealth inequality were fairly consistent in different neighborhoods within two Classic Maya cities in southern Belize  ̶  even if one neighborhood was richer overall than another. Nevertheless, at both sites distinctions in wealth were most magnified in neighborhoods with access to exchange routes.

“People have known for decades, more than a century, that the Classic Maya were unequal,” Prufer said. “But the real thing we can add is that this inequality trickled down, even to neighborhoods. That hasn’t really been well documented before.”

The link between wealth inequality and autocracy isn’t exclusive to the Classic Maya, the researchers note.

“We're really trying to get at some of these very real issues of how inequality forms, how it's perpetuated, and how it manifests in early cities,” Prufer explained. “One of the larger goals within archaeology is to try to show that modern societies and ancient societies are, in their fundamental elements, not that much different from each other. There's a lot of similarities that reflect human behavior and human ingenuity and also manifestations of human inequality and cruelty on different levels. This comes through from these types of studies, and we feel really good to be able to contribute our work to these broader discussions of social inequality, which are so, so important today.”

And while inequality has plagued humanity for millennia, Feinman says that we’re not doomed as a species. “There's a tight interconnection between how power is funded and how power is wielded and monopolized,” he said. “People can and do establish institutions that try to check power, but it takes work, and it takes interpersonal interdependence and the recognition that we cooperate with  communities of people beyond just one’s self and one’s family.”