In rare instances, DNA is known to have jumped from one species to another. If a parasite’s DNA jumps to its host’s genome, it could leave evidence of that parasitic interaction that could be found millions of years later — a DNA ‘fossil’ of sorts.

Alexander Suh from Uppsala University (Sweden) is an expert on the small stretches of DNA that tend to jump from one place to another, called transposable elements. Working with a team from 11 institutions in five countries including University of New Mexico Assistant Professor Christopher C. Witt in the Department of Biology, the researchers discovered a new type of transposable element that occurred in certain bird genomes but not others. Frozen tissue specimens from UNM’s Museum of Southwestern Biology (MSB) played a key role in the discovery.

“The MSB’s exceptional frozen-tissue collections are uniquely poised to advance science in the age of comparative genomics – this research is a perfect illustration of that,” said Witt, who is also curator of Birds at the MSB and a coauthor on the study.

By searching newly sequenced genomes and DNA databases, the team discovered that the only other animals that shared the new transposable element were nematode worms that are parasites of humans and other mammals. By comparing the DNA sequences of each instance of the transposable element, Suh and his team were able to figure out that the transfer of DNA between nematodes and birds occurred in two waves across the entire tropics, including remote places like Madagascar. They involved charismatic groups of birds such as parrots, hummingbirds, manakins.

Certain human diseases, such as avian flu and HIV/AIDS, are known to have jumped onto our species from animal hosts. Epidemiologists have only recently realized the importance of these so-called ‘zoonoses’. However, there are many more human diseases whose host-origins are unknown. These include lymphatic filariasis and loiasis, two serious human tropical diseases that are caused by nematode worms and spread by mosquitoes. The present study reveals that these modern human parasite species were parasites of birds from at least 25-17 million years ago. They probably did not infect mammals at the time that the transposable element was actively jumping between species, because there is no trace of it in mammal genomes. The genomes show that the bird parasites were widespread because they infected different bird groups that occurred in each of the world’s major tropical regions and would have been isolated from each other at the time.

Genome sequences continue to reveal evolutionary history in surprising ways. “Everyone realized that comparisons of genomes could assess relatedness, but it’s amazing to learn that interactions between specific host and parasite species could be permanently recorded in the genome via jumping of transposable element DNA from one to the other,” said Clément Gilbert, an evolutionary biologist who was not involved in the study. In this first example of that phenomenon in birds and nematodes, we learned that a class of parasites that is a present-day scourge once switched hosts from birds to mammals — a process that is all too familiar to modern epidemiologists.

The research paper, titled Ancient horizontal transfers of retrotransposons between birds and ancestors of human pathogenic nematodes, appears in the latest issue of Nature Communications. 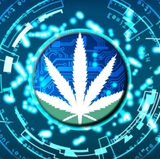